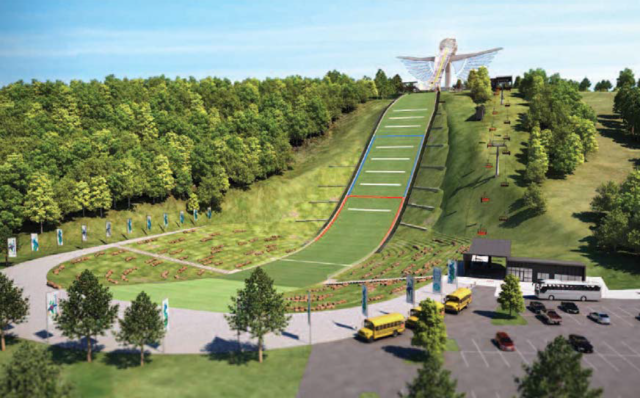 The Prairie Island Indian Community (PIIC) is in negotiations with the Friends of American Ski Jumping organization over plans by the latter group to build an Olympic-style ski jump on the Community’s Mount Frontenac near Red Wing.

Ski jump enthusiasts and Red Wing area boosters have been raising money from private sources for the project. Heading into August, organizers had raised $1.2 million and had another $1 million in pledges for what is estimated to be a $6 million year-around ski jump training and competition facility. 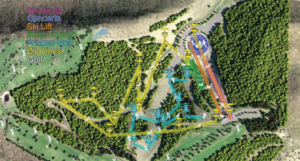 A second phase of development with more recreation venues and concern facilities is also being considered.

Shelley Buck, president of the PIIC Tribal Council, said the Community and ski jump group are still finalizing business arrangements for the group to build on the Community’s land. But, she added, “We are excited to see the project moving forward and are encouraged by the growing interest and support.” 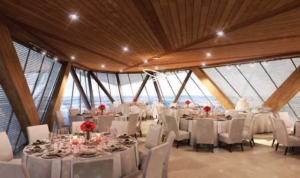 The idea for the ski jump facility came from the American Ski Jumping Hall of Fame that is housed in the St. James Hotel in downtown Red Wing. Norwegian immigrants started American ski jumping at Red Wing in the 1880s on the bluffs above the Mississippi River.

Regardless how business ties between the groups are resolved, the ski jump facility would expand PIIC’s activities in the hospitality industry. The site is connected to the Mount Frontenac Golf Course and its club house and event center, and is convenient to PIIC’s Treasure Island Resort and Casino. 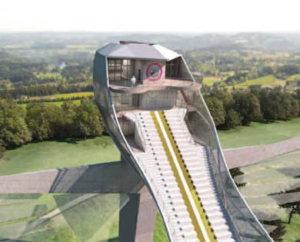 Buck said diversifying the Community’s economy is a top priority.

“Gaming has been a successful economic development tool for our tribe and many other Native communities; it’s helped us become self-sufficient and allowed us to share our success with our neighbors,” she said. “But we don’t want to bet our future on gaming alone.”

Prairie Island’s economy is already one of Minnesota’s most diverse destination and entertainment attractions with gaming, golf, water sports, bowling and concerts, Buck said. “This project would add exciting elements to what we’ve already created and drive even more visits and positive impact to the region, she said.

Ski jump backers are estimating as many as 100,000 people may be drawn to the site annually. Red Wing and Rochester newspapers have stressed this would economically benefits communities throughout south-eastern Minnesota.

The Hall of Fame inducted six new members in early August at ceremonies at the golf club. A special guest at the Red Wing ceremony was Steve Collins, a Canadian Olympian ski jumper who has family ties to the PIIC.

Collins is a member of the Fort William First Nation near Thunder Bay, Ont. Peter Collins, a first cousin of the skier, is the elected chief of the Ojibwe First Nation. However, the Hall of Fame notes on its website that a grandfather of the celebrated Canadian Olympian was Charley Collings, a member of PIIC before migrating to Canada.

More information about the American Ski Jumping Hall of Fame and Museum is available at: americanskijumping.com; the ski jump project is at baldie125.com, and Prairie Island Indian Community at prairieisland.org.

MAIC readies to launch a fund drive for repairs, improvements