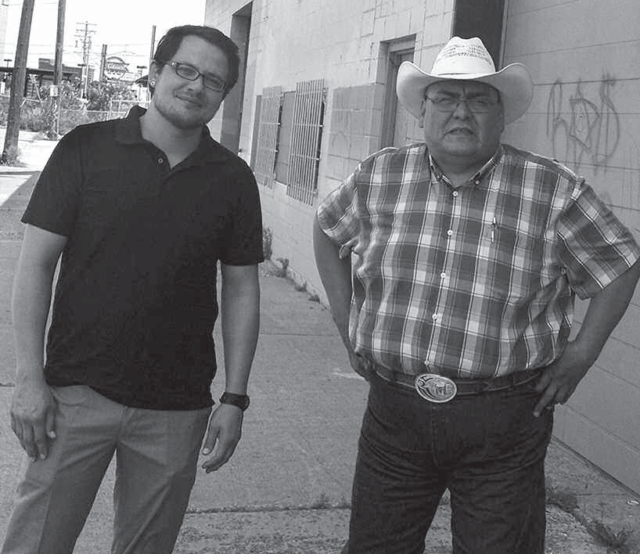 The city of Minneapolis has approved more than $2.7 million from its Affordable Housing Trust Fund to assist the Red Lake Band of Ojibwe in launching its Mino-bimaadiziwin housing project on the edge of the American Indian Cultural Corridor in South Minneapolis.

Current plans call for a complex of 109 housing units, and the complex will also house the Red Lake Nation Embassy and a Wellness Center in the six-story building.

Sam Strong, director of Economic Development and Planning at Red Lake, said the band has been working with other groups on finance and planning since that initial announcement. The city’s support is an important part of the financing plan, he said.

Mino-bimaadiziwin, meaning “the good life” in Ojibwe, will have 10 efficiencies and 15 one-bedroom units. These are to encourage elders to live in communities with young families, the band said. It will also have 29 three-bed-room and 55 two-bedroom apartments for families.

Fabian Hurd, director of the Red Lake Nation Embassy office in Minneapolis, said plans include a walkway to the Franklin Avenue Blue Line station for convenience of tenants and their visitors.

The hardware warehouse complex consists of four separate but connected buildings that will be demolished for new construction, said George Spears, the embassy’s housing advocate.

Like other tribes in Minnesota and throughout Indian Country, Red Lake now has more enrolled members – not even counting descendants – living in urban areas than back home on its sovereign land. Red Lake counts slightly less than 6,000 living at home and 6,000 or more living away.

Minneapolis is the largest non-reservation urban center for Red Lake Ojibwe and other Upper Midwest Native people. Current U.S. Census data show there are 10,591 people living in Hennepin County and 4,043 residents of Ramsey County, across the Mississippi River in St. Paul and suburbs, who identify themselves as American Indians to Census takers.

“The location on the Cultural Corridor along Franklin Avenue represents an opportunity for Native Americans to create a community destination of pride. Mino-bimaadiziwin augments the Cultural Corridor through creating a comprehensive, holistic living environment that blends housing and traditional healing practices with contemporary therapies,” the Red Lake Band’s statement said.

Plans for the housing complex include green space, underground parking and amenities such as the wellness center. It will also provide housing for low income individuals and families on up to households with incomes in the 50 percent and 60 percent of area medium income levels.

That puts Mino-bimaadiziwin within the scope of Minneapolis’ Affordable Housing Trust Fund program (AHTF), said Angie Skildum, manager of residential finance for the city’s Housing Policy and Development office. The fund was started in 2003 to help affordable housing development and rehabilitation of properties serving various population groups, including seniors, homeless, AIDS, families, workforce, veterans, artists and others deemed to have special needs.

By Red Lake’s reckoning, the Cedar Avenue project represents the first direct investment in housing off sovereign land by a Minnesota tribe. It addresses a need for affordable housing by Red Lake members and descendants living in the Twin Cities metro area while also further diversifying Red Lake’s investment portfolio.

Other Minnesota-based tribes, however, are partners and participants in housing projects in the Twin Cities and Duluth although that assistance doesn’t make them sole owners and their stakes in projects aren’t listed among tribal-owned enterprises.

Skildum said the Red Lake award of $2,718,591 is the 11th new construction or rehab project supported by city AHTF funds aimed at improving affordable housing for Native Americans. It is the largest of Native related projects.

Other projects where financing was assisted by the city’s fund include:

Dates shown above were for applications for AHTF financial support. Approval, construction and rehabilitation work often came in later years.

Skildum said Minneapolis awarded $7.8 million for eight projects in 2016 across the spectrum of groups and individuals working to provide affordable housing in the city. These projects are developing and rehabilitating 569 affordable housing units, she said.

As with any large development, Red Lake’s Mino-bimaadiziwin has partners in its planning, financing and development stages.