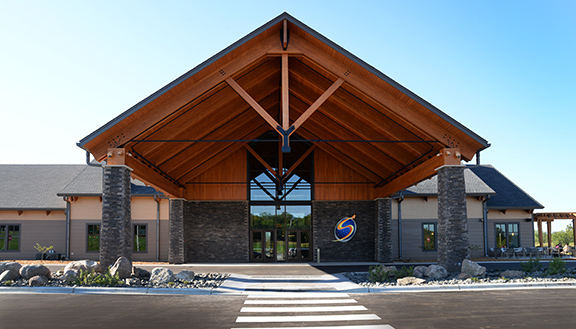 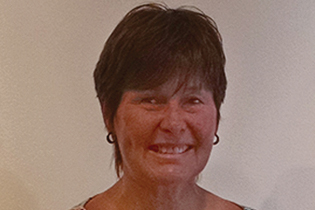 For an entrepreneur like Tammy Loeffler, opportunities and problems have always been two sides of the same coin.

You seize the opportunities where they exist, she said. At the same time, doing so usually means helping someone or some group overcome problems.

Loeffler Construction and Consulting, based in Lakeville, does that whether serving as a general con-tractor on a construction project or as a partnering consultant helping others on project design or managing costs.

“We get to help people with everything we do,” she said. “All our Indian projects are exciting to me because I know it helps the tribe and the community members.”

Loeffler is an enrolled member of the White Earth Ojibwe Nation. Through her ownership position, Loeffler Construction and Consulting is certified as both a minority-owned and as a woman-owned enterprise.

This create opportunities when government agencies and various groups want to contract with minority businesses, she said. That is especially so for Native American groups contemplating business ventures or building service facilities.

Nearly universal problems in Indian Country include affordable housing, housing tailored for seniors, and economic developments that lift community standards of living. Client and project lists for Loeffler show how opportunities and problem solving are bound together.

Among recent tribal projects, Loeffler Construction was the general contractor for the new Apache Casino Hotel’s Event Center at Lawton, Okla., for the Fort Sill Apache Tribe, that makes the tribe’s hospitality sector a major conference and convention center for Central Oklahoma. A similar project was the White Earth Nation’s satellite Shooting Star Casino and its Little Dipper Restaurant at Bagley, Minn.

Building or remodeling medical facilities also brings a great sense of accomplishment, Loeffler added. Among recent projects in those categories was the Lower Sioux Health Care Clinic, completed in 2015 at Morton, Minn., and several updates and expansions of medical labs and centers at the University of Minnesota in Minneapolis. 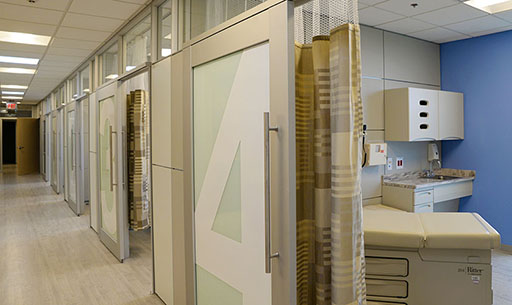 Housing projects for Native elders and neighborhoods of Native people are another area that has attracted Loeffler and her firm’s partners and managers.

The national Association of Women Contractors saluted Loeffler Construction and partners with its 2016 Small Project of the Year award for renovation of 45 units and new construction of 32 additional units at Anishinabe Bii Gii Wiin, a special housing complex in Minneapolis owned by the American Indian Community Development Corp. and Project for Pride in Living Inc.

Earlier this year, the Red Lake Nation identified the Loeffler firm as a partner in planning Mino-bimaadizi-win, a tribal-owned housing project to be built at 2105 Cedar Ave. S. near the Franklin Avenue Metro Blue Line station and the American Indian Cultural Corridor in Minneapolis.

The Red Lake Band is planning to develop a 109-unit to 115-unit mixed use complex, primarily for senior housing, at a former hardware warehouse site. Construction is to begin in 2018.

Another current project is a reconstruction and remodeling project for Minneapolis Fire Station #15, at 2701 Johnson Street NE. This historic fire hall, built in 1889, is having floor reconstruction, mechanical and electrical upgrades, and remodeling of a second floor sleeping area.

“When Tammy speaks, everyone listens,” said Roland Hill of First Peoples Insurance Services at Brainerd. “That’s the respect she has built,”

Hill serves with Loeffler on the board of directors of the Minnesota American Indian Chamber of Commerce.

Her business success over the past 24 years is a tremendous help to “upstart” and younger entrepreneurs and newer members of the Chamber, Hill said. Whether people realize it or not, most successful people have had mentoring from helpful people.

For the Chamber and its members, Loeffler is one of those mentors, Hill said.

There aren’t a lot of construction firms like the Loefflers with ties to the Native communities, he added. “What she and her colleagues show is that you can be Native and play with the big guys if you keep your nose to the grindstone and keep doing good work.”

Big projects for reservations, especially in the past five years, keep building that reputation.

Loeffler said her mother was the biggest influence on her life and was the “driving force” to pursue education and careers in business. Family, friends and colleagues keep adding to that drive.

She worked for a developer and learned about real estate development, contracting, construction and real estate law while a college student. She received a degree in court reporting, then started her own court reporting company and has served as a court reporter for the Mdewakanton Sioux Judicial System for the past 20 years.

One thing led to another, she said, and her background in real estate and work-ing with attorneys led to meeting people in construction and development, including Doug Loeffler. That led to Loeffler Construction and Consulting where Doug is a partner and serves as president.

“I’ve owned a business since 1987. Mom gave me the drive and I’ve always wanted to be entrepreneurial. Getting into construction wasn’t my first calling, yet everything connected.”

Evolutionary or gravitational, life experiences led to construction and real estate development consulting. Underlying these business experiences, however, was an appetite for entrepreneurship.