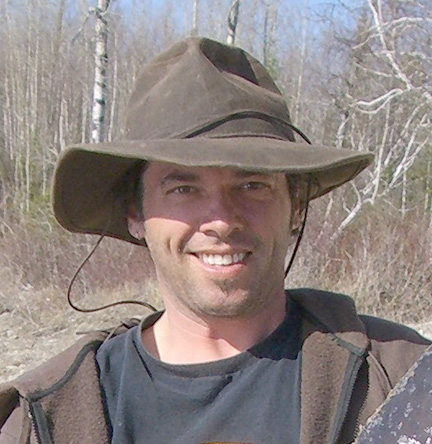 Joseph Boyden is the award winning author of Three Day Road, which won the McNally Robinson Aboriginal Book of the Year Award and was nominated for the 2005 Governer General’s Award, among other prizes. His second novel Through Black Spruce earned the Scotiabank Giller Prize.

His latest book, Louis Riel and Gabriel Dumont, part of the Extraordinary Canadians book series, tells the story of ­­­­Canada’s North-West Rebellion of 1885, and the leaders of the rebellion that brought promises of freedom, war, division and understanding to the Métis people in their struggle for land in the home of their ancestors.
I interviewed Boyden recently to help get a better understanding of his latest book. Here is what he had to say:

Croonenberghs: How did you start writing this book?
Boyden: It was a difficult process. It was one of the hardest books I’ve had to write. There was this daunting research ahead of me, so what I did was I sat down for a couple of years and eventually read everything I could on Louis and Gabriel.
Croonenberghs: For readers unfamiliar with Canadian history, what kind of a person was Louis Riel?
Boyden: Some say he was a mystic, others say a madman, and that’s why he was so fascinating. He was certainly very passionate about his belief in his people, and his religion; Catholicism. He was a very fair-minded man; He was not just fighting for the rights of the Métis but he fought for the rights of the settlers, as well as the Indians. He was very open in that way. I myself tend to lean more towards the belief that he was a mystic; that he was a visionary who lost control of his calling; which, ultimately, doomed him.
Croonenberghs: And Gabriel Dumont?
Boyden: He was great. He was one of the last heroes of the Canadian west. He knew the land, he knew how to use a gun and a horse, he knew how to survive in the wilderness; very strong-willed. He was a man who trusted his guts and his instincts, until he let Louis in, and then he began to question himself. He questioned his actions, both before and after the battle of Fish creek, and this lead him to a life of second guessing after Louis was captured.

Croonenberghs: What drew you to these characters? To this book?
Boyden: Well, they’re such a fascinating part of Canada. And with my Métis blood, there’s this strong connection with the people in this conflict. And you know, I believe a lot of people know who Louis Riel is in Canada, but I fear that Gabriel Dumont is fading out of the photograph of history, and I don’t want that to happen, because I think he was such an incredible person. The combination of these two men, and how they came together to change the course of Canadian history in such a short time is a story well worth reviewing again.

Croonenberghs: What aspect of writing this book was most difficult?
Boyden: I think the amount of research I had to do and the amount of space I had to write in proved difficult for me. These kind of books lend themselves more to an expository kind of nature than my fiction, for example. So it was hard work in this style of writing. To capture the essence of these two men without lecturing was the challenge; I wanted to present them in a real way. And the audience should decide questions like whether Louis Riel was crazy or a mystic, or whether Dumont trusted his gut in the end. So it was a balancing act between the two writing styles.

Croonenberghs: What part did you have the most fun writing?
Boyden: Gabriel’s parts of the book. Louis would drive me crazy sometimes with the decisions he would make; his actions and thinking were sometimes very illogical. Gabriel was always a straight-shooter; he was real concrete and solid whereas Louis could at time be lost in the mists, be much harder to grasp.

Croonenberghs: Is there any part of the book that is particularly memorable to you?
Boyden: Louis really came to life for me at about the time his trial came. He suddenly realized ‘oh, I’m in a big load of trouble, and so are the people!’ His personality really comes out in the transcripts of the trial. I recommend reading the transcript to see how Louis really does what he wants to do. He was going to martyr himself if he had to for his people. He desperately wanted to show the rest of the world that what he was trying to do was fair minded, was honorable, and was reasonable. It was the government that was acting unreasonably and without honor; Louis really comes to life during his trial.

Croonenberghs: Did any previous experiences you’ve had help you in writing this book?
Boyden: This is the kind of book where I was really doing something I haven’t done before. I really had to stretch myself and tell a story that many people may not see as that important, even though it is incredibly important to Canada. So it was very much a different book for me and that is part of the reason it took so long for me to finally finish it. It’s the kind of book I wouldn’t tackle again until I’ve written a few more novels.

Croonenberghs: Why do you think this book is important?
Boyden: Because I think with our history… It’s the classic if you don’t know your history you’re destined to repeat it. And this really plays in with Canada currently; I recently wrote an article to The Globe about the Algonquin barrier lake and the governments actions towards these people, which I believe is criminal. The Algonquins have put forward a very simple list of demands, and it reminded me of the struggles of the Métis; they wanted their own self-government. History is repeating itself in little ways all around us, and we need to realize that so we can at least change it for the better.

Croonenberghs: We’ve seen historical figures like Francis Pegahmagabow appear in your fiction. Any chance we’ll see Louis or Gabriel in the future?
Boyden: I think there’s a good chance; I would never say never to good fiction, and I think some of the best fiction, for me, comes from real life historical figures and their actions. They say truth is stranger than fiction, and that is certainly true when you talk about characters like Pegahmagabow or Dumont. So I think there’s a good chance they might pop up as either minor characters or major characters somewhere along the road.

Croonenberghs: Let’s talk a little more about you. How did you get into writing?
Boyden: I discovered the act of writing as a teenager. I was writing what I was feeling, because I was from a very large family, and I didn’t always have the vocal capacity to say what I wanted to say. So I found out things built up inside me, and writing out what I felt was kind of wonderful. My writing went from there.

Croonenberghs: What interests you besides writing?
Boyden: I love the bush. I love getting out in a canoe or kayaking. Hiking, fishing, hunting. I like to bicycle. Really, I try to get out as much as I can, when I can. especially up in Canada.

Croonenberghs: Any advice for future writers out there?
Boyden: You have to know that it’s a lot of work. You need to be willing to chop away at it every day; whether it’s thinking about what you’re writing or the actual craft of writing. You can’t wait for the muse to come to you; you have to go and pursue that muse. That means a lot of unrecognized work; it’s a craft that

takes years to master; and even then there’s no promise of success. So it’s tough! But it’s well worth it, I think.

To see the other reviews of great Native American books published in 2010 please click here to download the pdf .

“The Night Watchman” based on 1950s battle to save reservations