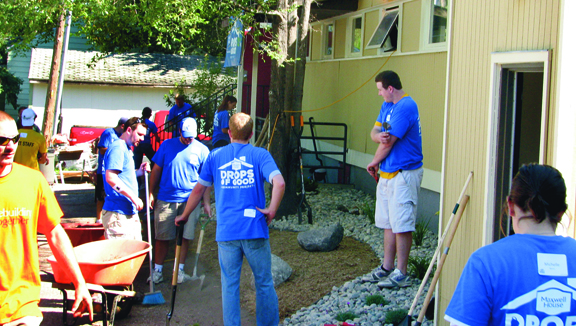 The American Indian Family Center (AIFC), located in East Saint Paul, is the recipient of a $50,000 community center renovation grant from the Drops of Good Community Project.

"It’s bringing life back to this community and it’s what the people need around here," said Radke. "It’s a great opportunity for me to come back to the cities and lend a hand."

The Drops of Good Community Project is a partnership between Maxwell House and the national nonprofit organization Rebuilding Together. The two organizations first teamed up in 2011 to sponsor the grant program, which brings crucial structural renovations to deserving community centers nationwide.

AIFC was initially approached by the Twin Cities affiliate of Rebuilding Together in March to be interviewed for nomination to the competition. The organization was then selected by Rebuilding Together and Maxwell House as one of ten finalists nationwide to move on to the online voting phase of the project, which lasted from April to May. To get the word out, Rebuilding Together and Maxwell House launched social media voting campaigns to the public and the AIFC recruited community members to vote at local events. After all 144,000 votes were tallied, AIFC was selected as one of three community centers to receive the grant. 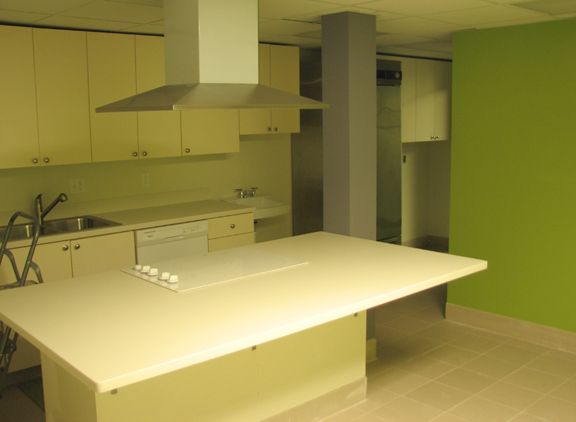 "I live on the East Side, so to find out that this vibrant of a community center is here was fantastic," said Kathy Greiner, Executive Director for the Twin Cities Affiliate of Rebuilding Together. "Everyone here has been gracious to work with – it truly is that spirit of the community coming together."

AIFC was initially asked to put together a wish list of renovations that they narrowed down to several key items once they were notified of their selection. Although AIFC made several renovations to the building when they purchased it initially in 1997, no major improvements had occurred since.

Volunteers at the site replaced the water-damaged roof, ceiling tiles, sub-flooring, and carpeting throughout the center; remodeled the first floor bathroom so it is Americans with Disabilities Act (ADA) compliant; created a functional teaching kitchen for the center with all-new appliances; redesigned the lobby area to create a children’s center; replaced the old heating, ventilation, and air conditioning system with an energy-efficient system; applied fresh coats of paint to the interior and exterior walls; and landscaped the areas around the front and sides of the center.

Janice LaFloe, Director of Development and Marketing at AIFC, is especially excited about the updates to the kitchen. AIFC has wanted to partner with gardening and healthy eating programs to offer events and classes to the families they serve, but have been unable to find adequate space for these activities until now.

"Making those kinds of lifestyle changes is pretty challenging, so we want to make it meaningful and fun," said LaFloe. "Those are the kinds of changes that sustain improved behaviors and healthy lifestyles."

LaFloe also feels that the remodeling of the lobby area is particularly significant to AIFC’s work.

"It’s important for our families to feel valued as community members," said LaFloe. "Coming into a beautiful space helps us start building that relationship and making them feel welcomed and valued."

At final count, 100 volunteers came out to support AIFC on August 7 to finish renovations and celebrate.

"The American Indian Family Center is humbled to accept and be a part of the whole Drops of Good Community Project," said LaFloe. "It makes your heart feel good to see so many people come out."