Minnesota’s four Dakota Nations have jointly launched a new program to provide ongoing help for people suffering from the opioid crisis, and by extension their families, with the help of a three-year federal grant.

Support for the Dakota program comes as parts of $11.2 million in 2019 grants from the Administration for Native Americans (ANA) at the U.S. Department of Health and Human Services. A similar grant was made to the Menominee Tribe of Wisconsin.

“The opioid epidemic is all too real across Indian Country. It has impacted every member of our Tribe in some way,” said Shelley Buck, president of the Prairie Island Indian Community Tribal Council.

Prairie Island Indian Community serves at the lead agency and administrator of the grant for the four Dakota nations that also include the Shakopee Mdewakanton Sioux Community and the Upper Sioux and Lower Sioux Communities.

“This epidemic is literally killing our people,” Buck said in response to questions about the grant.

“We can’t fight this using only mainstream approaches, and this grant, along with the joint efforts of all four Minnesota Dakota Tribes, means we can bring the full power of our Native culture to help heal those in need.”

The annual $229,637 ANA grant is for each of the next three years for a pilot program called a Kinship System Circle Model (KSCM). That covers about 75 percent of the three-year startup program with the four tribes sharing the remaining costs.

The program called Lasting Care was developed by the tribes, a spokesman for Prairie Island said, and is a Dakota-based approach to treating people suffering from what medical people call Opioid Use Disorder (OUD). The tribes identified the lack of continuing – or aftercare – as the biggest gap in current treatment approaches, he said. 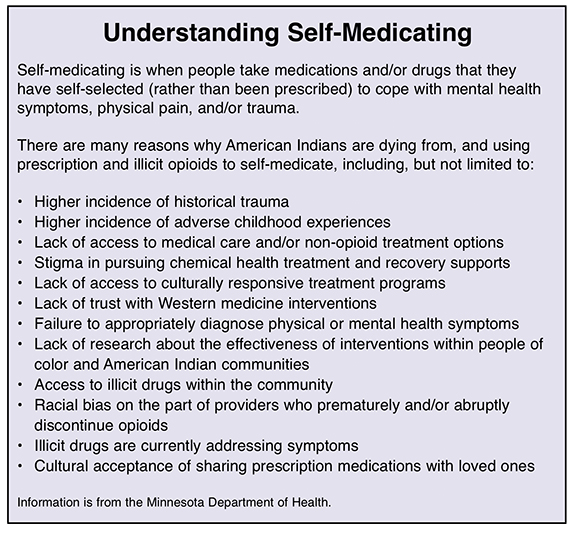 Care involves a circle of support, reinforced with the strong KSCM cultural component. The pilot program will provide a community KSCM facilitator at each of the four Dakota communities. The KSCM model with create and support a circle of people that are important to the person suffering OUD.

The federal support was announced in October (see companion article on Bdote Learning Center in this issue) and work has started in creating the program. Prairie Island said a search is underway for a consultant to help hire and train the four community facilitators.
The project goal is to support at least 10 community members in the first year and demonstrate the need to continue the program after the three-year pilot project is complete.

The urgent need for such programs was explained by Jeannie Hovland, the ANA Commissioner, in announcing the grants are aimed at promoting self-sufficiency and encourage communities to identify and move toward social and economic well-being.
“The recipients have made it through a competitive selection process, and we are excited to see these projects implemented,” Hovland said.

As a case in point, the government announcement noted the Menominee Tribe was receiving a $240,527 first-year grant for a program it is developing similar to the Dakotas’ Lasting Care program.

The HHS announcement said the state of Wisconsin has identified Menominee County as having the highest three-year rate of drug overdose deaths from opioid use in the state.

The Tribe intends to use ANA funds to establish three satellite Mental Health Offices across rural villages and the reservation. It will also support four students in becoming alcohol and other drug abuse counselors who will assist in combating opiate addiction and overdoses through a culture-based continuum of care, HHS said.

HHS made 40 grants to tribal organizations in October for one-to-three year projects underway in the new 2020 year. The grants are for varied purposes but are to help tribes and organizations with planning, developing and implementing projects to preserve Native culture and ceremonies, support economic development, utilize traditional practices to protect land, water and air environments around Native communities, and strengthen inter-generational activities between Native elders and youth.