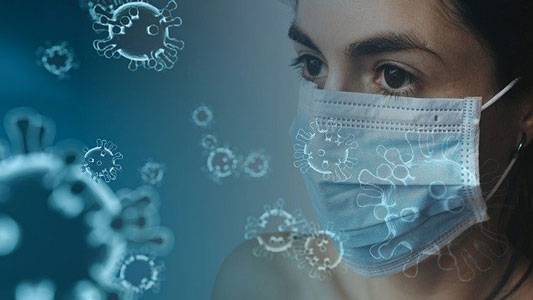 Every Minnesotan – Native and Non-Native – is affected by the COVID-19 strain of the global coronavirus pandemic that is spreading from city to city, county to county, country to country, and shutting down businesses, entertainment venues and millions of jobs while causing sickness and death.

No one is immune. As March gave way to April, Gov. Tim Walz made Minnesota the 25th state to impose restrictions on peoples’ lives with a Stay-at-Home, also called a “Shelter in Place,” executive order.

Initially, this order is to run through April 10 but may be extended. It directs all people to stay at home and work from home, if possible, unless they are part of exempted occupations such as health, safety, transportation, food and agriculture and other essential services.

Bars and restaurants are to remain closed until May 1. Minnesota school children are ordered to stay put and learn at home until May 4.

Events going forward will determine what other constraints on our livelihoods will follow or modified by federal, state and local directives. Each day in April will reveal more about the spread of COVID-19, its economic consequences, and how best individuals should respond to both protect their own health and help others through this crisis.

A quick check with public agencies, officials and Native organizations in Minnesota reveals how fast the infestation has spread and also how fast people and Native groups responded by lending a helping hand.

Shutting down and stepping up
With early guidelines from the Centers for Disease Control (CDC) and state officials to limit gatherings and for people to keep their distances from one another, tribal enterprises began limiting and closing their hospitality industry enterprises – casinos and hotels. In turn, several turned their food services enterprises into community kitchens, preparing and delivering meals to elderly and people in need in their various communities.

This effectively shut down the Minneapolis American Indian Center in its urban setting as well. But not completely. Mary LeGarde, executive director, said the chef and crew at The Gatherings Café have gone to work preparing 100 meals a day and deliver to elders at nearby Little Earth and Anishinabe Bii Gii Wiin housing complexes.

“We have a lot of people brainstorming right now about how we can reach other elders who are in need but aren’t as easily served,” she said.

Mike Goze, chief executive officer for the American Indian Community Development Corp. (AICDC) in Minneapolis, said his multiple service organization is bucking national trends by not laying off workers. “Our needs get greater,” he said.

They also fall under exempt occupation categories outlined in Stay-at-Home orders.
AICDC is maintaining its detox center, its drop-in center shelter and health services, including providing some medical services and finding medical resources for people, and has people on the streets monitoring homeless peoples’ needs and monitoring loitering in AICDC’s properties.

It, too, is serving hundreds of meals to the needy. “We just added another $100 in our 112 employees’ paychecks to buy an extra jug of milk, an extra gallon of gas, to help them keep on doing their important work,” Goze said.

This is a rare contrast to what is happening statewide and nationally. State and federal agencies reported in the last week of March that 182,000 Minnesotans have lost their jobs and applied for unemployment benefits since the virus hit the state early in the month.
Nationally, 3.3 million applied for unemployment benefits in late March – the worst week for such filings in decades. Such numbers affect the health, welfare and livelihoods of all communities. It also suggests that needs for assistance and services will continue to mount before getting better.

With that facing everyone’s livelihood, it is worth looking at how interwoven Minnesota’s Native communities are within the broader state economy.

The Shakopee Mdwewakanton Sioux Community (SMSC) gives the public a gentle reminder on its website. It owns and operates a diverse collection of enterprises, it notes, from a tribal garden, all-natural food store, two casinos, hotels, and family entertainment centers that “help drive the local economy.”

That more than helps. SMSC’s enterprises make it the largest employer in the metro area’s Scott County. It has an annual payroll of about $177 million and two-thirds of its employees live in nearby Scott and Dakota County communities.

Beyond that, SMSC enterprises purchase goods and services from 2,000 other businesses and vendors within a 25-mile radius. That relationship amounts to $300 million to keep those businesses going and their employees at work.

All 11 Minnesota tribal nations have enterprises that sustain or help sustain local and regional economies. The Mille Lacs Band of Ojibwe, for instance, is a significant hotel owner and operator off reservation lands with properties in St. Paul and in Oklahoma.
The hotel – the hospitality industry occupations in general – are as stressed as any in the current health and economic climate.

Early responders
Minnesota was among the later states in feeling the human impact of the virus pandemic. Tribal and Native groups, however, were often out front in responding to the pending crisis despite the economic threat cautious actions might pose.

Governor Walz, in his Stay-at-Home executive order 10 days later, noted that the first confirmed case of COVID-19 in Minnesota was on March 15.

On March 13, before any virus cases had been confirmed in northern Minnesota, the Red Lake and Fond du Lac Bands of Chippewa were declaring emergency measures – restricting travel, preparing to close casinos and meeting places, and restricting visitors at senior and health-care housing projects.

On March 17, Fond du Lac announced the closing of its Black Bear Casino Resort at Carlton and Fond-du-Luth Casino in Duluth. “We’ve been monitoring the pandemic very closely and feel that it is in the best interests of our guests, our employees and the community at-large to temporarily close the casino,” said Kevin DuPuis, chair of the Fond du Lac Band Reservation Business Committee.

Similar caution was exercised early by urban groups. In St. Paul, Ain Dah Yung Center’s executive director Deb Foster announced on March 16 that it would be making weekly assessments on precautions for its youth and housing programs, and for public admittance to its properties. That included the extreme caution of not accepting donations from the outside, “until further notice.”

These early measures have now been preempted by governmental orders subjected to nearly daily change as we move through April.

Caution and continuing life-supporting services will get everyone through the COCID-19 ordeal, insists AICDC’s Goze, who looks at his group’s work as a positive necessity.
“We will get through this,” he said. “When we do, we need to be standing tall to see the sun light.”

Helpful information and daily updates on the COVID-19 pandemic can be found at https://cdc.gov