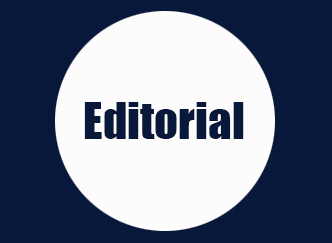 Being a daily Facebook user, I read lots of anti-Trump (and some pro-Trump) posts. It’s alarming for me to see pro-Trump people telling us to “get over it” and “we won, you lost, move on” as though this were a football game. It’s scary to me, and many others, that the pro-Trump people don’t see how dangerous this man is to almost every group in the U.S., except for the very rich. There are many reasons for concern on the civil liberties end, as well as the environmental side.

Trump has continually trashed the press, calling them liars and propaganda machines for the left. During his campaign Trump blacklisted several news outlets and threatened legal actions against other news organizations. He has been quoted as saying he would like to “open up those libel laws” in order to sue papers who write negative things about him, and that he could “make lots of money.” Trump is a danger to the freedom of the press. And freedom of the press is crucial to a democratic society.

Trump ran on a promise to “drain the swamp” of political insiders and lobbyists. But he is now expanding the swamp and stocking it with even bigger and meaner alligators. According to the Washington Post, “Incoming Senate Minority Leader Charles E. Schumer (D-N.Y.) accused Trump of trying to seat a “rigged Cabinet” of nominees who “have made billions off the industries they’d be tasked with regulating.”

Some of his cabinet picks that should be cause for alarm include:

One more three- or four-star general given a senior appointment, and we can start referring to a Trump junta rather than a Trump administration,” retired Army lieutenant colonel and military scholar Andrew Bacevich was quoted as saying by Time magazine. The Trump administration will not be business as usual. With his cabinet picks it is clear that corporations, banks, and millionaires will have a “yuge” say in our government’s policies and laws. And this does not bode well for the average citizen or for the environment.