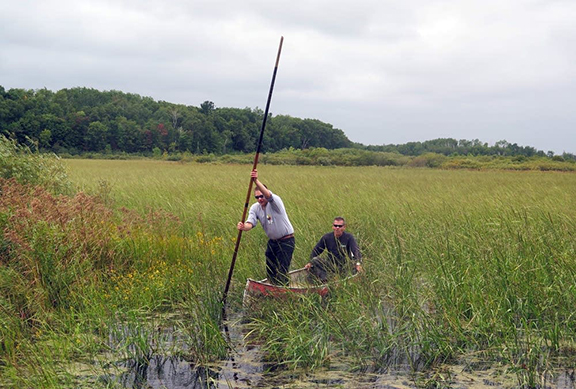 On the shore of Deadfish Lake on the reservation of the Fond du Lac Band of Lake Superior Chippewa in September, Ed Jaakola and Jerrad Ojibway scooped handfuls of wild rice from the bottom of their canoe into big plastic bags.

The rice was tough to harvest because of the wind, Jaakola said. Still, he estimated they had gathered 80 pounds, enough to cover the bottom of their canoe. It’s a tradition the 58-year-old has carried on for as long as he can remember.

Deadfish Lake, Zhaaganaashiins Odabiwining in the Ojibwe language, is blanketed so thick with wild rice this time of year it doesn’t even look like a lake. 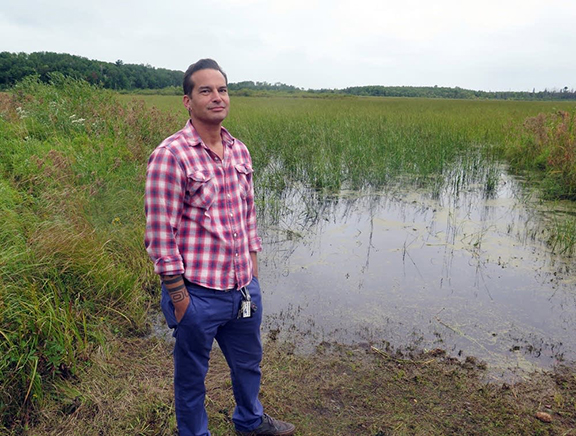 “Because you essentially don’t see water when you’re looking at this,” said Thomas Howes, natural resources manager for the Fond du Lac Band, “you see what essentially looks like a field of grasses.”

The 100-acre lake is one of five primary wild rice lakes the band maintains. Together, they provide nearly 900 acres of wild rice habitat.

Deadfish Lake is especially important. “We keep it reserved for elder ricers for the first couple weeks of the year,” Howes explained, “because of its ease of access, but also because now it’s a reliable producer of wild rice.”

But that wasn’t the case more than 20 years ago. Back then, there wasn’t much wild rice left on the reservation to harvest. In the early 1900s the government built a network of ditches to try to drain the land for farming.

The canals are 20 feet wide in some places. And they had an unintended consequence. They disrupted the complex hydrology of the wild rice lakes. Many stopped producing rice regularly.

“This particular lake, before 20 years ago, rice like this wasn’t very common,” Howes said. “So you’d have rice here once every six, eight years. You’d have to get lucky with the weather.”

“We came here from the East Coast of the U.S., and were told we’d find our permanent home when we found this wild rice, this ‘manoomin,’ this food, that grows out of the water,” said Howes. “And that’s held to be true.”

So in the late 1990s the band began experimenting, to try to make the rice grow like it used to. At Deadfish Lake, they put in a holding pond above the lake and a water control structure at the outlet. The idea was to try to mimic the hydrology before all the canals were put in.

“And that’s really seemed to work. Now, what we see, for the last 20 years, rice is essentially here almost every year,” Howes said.

In other lakes they’ve had to clear out aquatic vegetation that’s crowded out the rice. First, they flooded the lakes. Then they rigged up drag bars and cutting tools on the back of a big airboat to uproot the vegetation and shear it if it grew back.

They drilled sediment cores to see if there was still a wild rice seedbank. If there wasn’t, they brought seed in from elsewhere to reseed wild rice.

And now the rice has returned to the waters that Howes says drew the band here in the first place. Howes said he took his teenage son to a reservation lake called Mud Lake the first year rice returned.

“It was beautiful, it really was,” he said. “And now he still wants to rice because of that.”

The band has shared its expertise to help restore wild rice in Michigan and Wisconsin, and nearby on the St. Louis River estuary.

Still, some tribal members complain that young people are not doing enough to keep the wild rice harvesting tradition alive. 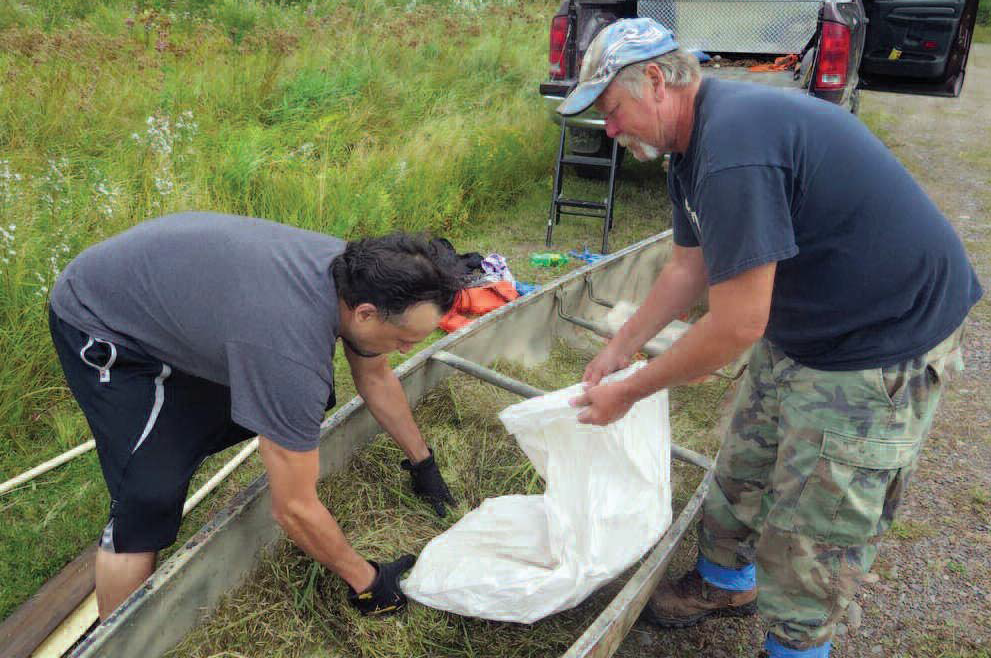 “The younger ones, they’re all on Facebook somewhere,” said Jerrad Ojibwe. “They’re afraid of bugs, afraid of the water,” he said.

But later in the afternoon one final canoe pulled in to the landing at Deadfish Lake.

Twenty-year-old Bruce Martineau steered the canoe to shore with a long wooden pole. His father, Francis Martineau, sat in the bow.

The younger Martineau heaved the canoe on to shore, the bottom of the boat covered with rice. His grandfather first taught him to rice five years ago, he said.

“It’s my culture,” he explained. “Natives have done it since the beginning of time.”

“It’s what brought us here,” his father Francis added. “The food that grows on the water.”

He said he’s proud of his son for doing his part to keep the tradition alive, especially now that wild rice has made a comeback on the reservation.

Bruce Martineau said he hopes to print up some business cards and try to sell rice to restaurants.

But he also plans to give some away.

“God gives this, so it’s only right to give it back,” he said. “Give it to other people that can’t go out there.”

Minnesota Public Radio News can be heard on MPR’s statewide radio network or online at www.mpr.org.