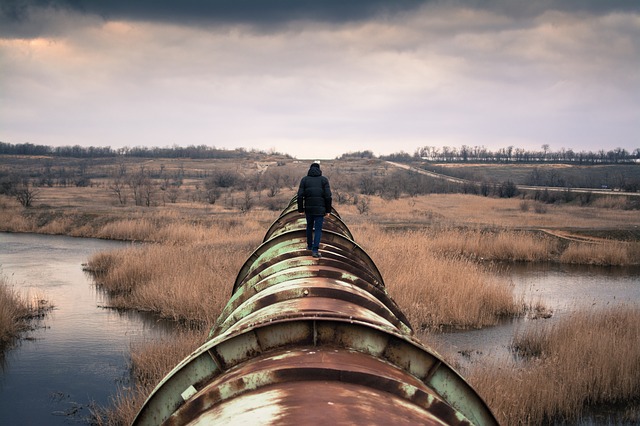 While the Enbridge Company seeks to push ahead with Line 3 in Minnesota, the future of this pipeline, Enbridge and the Dakota Access and Keystone Pipeline remain twirled in their fate with oil markets and the COVID 19 Pandemic. The world is rapidly changing
In late May, Minnesota Attorney General Keith Ellison joined the White Earth Band of Ojibwe, Red Lake, Honor the Earth and other organizations opposing Line 3 at the Public Utilities Commission. Ellison filed a motion to overturn the Certificate of Need for Enbridge Line 3 on behalf of the Department of Commerce. The Attorney General noted that Enbridge’s failure to submit a long range oil demand forecast is a “material legal error” that can’t be fixed by other evidence in the record, Ellison said in the filing.

According to Ellison and other intervenors, the Public Utilities Commission had compounded the error by shifting their responsibility to the citizens, tribes and other parties to prove that oil demand would decrease. Usually, the responsibility of proof would be with the project proponent – that’s Enbridge. To be clear, a “certificate of need” is required for the Enbridge pipeline. With a certificate of need the Canadian company can condemn private property for their tar sands pipeline. That’s called eminent domain and is required to be used for public purposes.

The “need for oil” has gone down pretty dramatically, as society is moving to “ shelter at home” as a more long term strategy for public health. Oil consumption is down by 20% worldwide, and this past month oil production was cut internationally and oil tankers were floating off the coast of California being used as temporary storage units, with no place to unload.

In the meantime however, Enbridge continues to bring in more pipes and all of the equipment required to cross wetlands and waterways around Itasca Park, and elsewhere, and is bringing in more workers to continue “pre-construction” activities. The company has no permits to cross wetlands or waterways in Minnesota, those would need to be issued by the Minnesota Pollution Control Agency, and Army Corps of Engineers and, if approved would not be until the Fall. There are some real questions as to why Enbridge should be able to fill our state with pipes and equipment without permits.

Enbridge lost $l.4 billion in the first quarter of 2020, the largest losses in the company’s history. Laying off 530 workers in Canada and US, including 50 in the Twin Ports, the company also reduced the oil running through the pipes. That’s to say that Enbridge, which moves 3 million barrels a day of oil across Ojibwe land in northern Minnesota is cutting pipeline capacity. Al Monaco, CEO expects to cut oil transport by 600,000 barrels a day by this summer. That’s almost the full amount that Enbridge hopes to put through Line 3 initially.

In short Enbridge expects to cut oil throughput by more than they are hoping to put through Line 3. That’s part of the challenge filed by the citizens groups, tribes and Department of Commerce in late May.

In Wisconsin, Enbridge is also facing new challenges on their proposed expansion of Line 5 through the north. Line 5 is an old line, and in 2019, the Bad River reservation filed suit in federal court asking that l3 miles of this pipeline be removed from Bad River land. On July 23, the Bad River Anishinaabe filed suit against Canadian based Enbridge Company, seeking to force removal of the Line 5 pipeline. The pipeline crosses the Bad River Reservation and has for 66 years running through the watershed of the Bad River and Lake Superior. Most of the easements expired in 2013, the tribe says Enbridge is trespassing, and wants the pipes out.

The complaint, filed in Federal Court explains, “Fifteen of the easements expired on June 2, 2013, as their renewal was expressly “limited as to tenure for a period not to exceed 20 (Twenty) years … ending on June 2, 2013[.]” In those same easements, Enbridge expressly promised that the company would “remove all materials, equipment and associated installations within six months of termination, and … restore the land to its prior condition.” Rather than doing so, or seeking the Band’s consent to a renewal of the easements prior to their expiration, Enbridge has continued to operate the pipeline as if it has an indefinite entitlement to do so. This constitutes an unlawful possession of the subject lands, and an intentional, ongoing trespass upon them.”

“No amount of compensation is worth risking Wenji-Bimaadiziyaang – an Ojibwe word that literally means ‘From where we get life’. It’s time to end the imminent threat the company is presenting to our people, our rivers, and Gichi-Gami (Lake Superior),” Chairman Mike Wiggins said.

In response, Enbridge filed a countersuit against Bad River arguing that the company had rights to continue moving oil through the reservation despite promising to respect the tribes’ decision. Now, Enbridge is seeking to condemn land of private landowners in Wisconsin for a new route, around the reservation.

According to a May 26 press release by the Wisconsin Democracy Campaign “Enbridge Energy has asked the state Public Service Commission (PSC) to give it eminent domain authority to take private land in Iron and Ashland counties,…” The company wants to remove a 12-mile portion of its Line 5 pipeline from the Bad River Reservation and bypass the reservation with 41 miles of new pipeline after a lawsuit filed by the tribe.

Enbridge says the line transports an average 540,000 barrels a day between Superior and southwestern Ontario (Sarnia) that is eventually used to supply propane to dealers in Wisconsin and Michigan.

Midwest Environmental Advocates, a Madison environmental law firm, filed a petition on in late May on behalf of five organizations with the PSC seeking a contested hearing on the matter. A group of more than 30 landowners and a property rights group filed similar requests, claiming the U.S. Constitution prohibits taking private land except for public use.
In 2015 the GOP-controlled legislature and Walker approved giving Enbridge and other out-of-state oil pipeline businesses the authority to condemn real estate and personal property for state-approved projects.”

Asked what advice he would give Enbridge, White Earth Tribal Chairman Michael Fairbanks suggested in an interview that the company should “Move to renewables” and clean up the old pipes. White Earth and Red Lake continue to represent the Ojibwe in the legal and administrative opposition to Line 3. Attorneys Joe Plumer and Frank Bibeau have been representing the tribes and Native organizations since 2013, in what has become a seven year battle for the water and wild rice.

In other pipeline news, the Dakota Access Pipeline Environmental Impact Statement was thrown out by federal courts earlier this Spring, with the Standing Rock Tribe and a number of organizations filing suit to close down the pipeline pending completion of an adequate environmental impact statement. On May 20, Standing Rock asked the court to shut down the pipeline, and 36 members of Congress joined the lawsuit, filing a brief in federal court, to support the tribe.

As the summer comes to the north country, we will see how it goes. In the meantime, the battle between the Black Snake and the people who protect the water and wild rice continues.