A Breakfast Fundraiser For The Circle

Diane Wilson is a writer who uses personal experience to illustrate broader social and historical context. Her memoir, Spirit Car: Journey to a Dakota Past (Borealis Books) won a 2006 Minnesota Book Award. Her most recent book of creative nonfiction, Beloved Child: A Dakota Way of Life, was released in September, 2011 (Borealis Books).

Her work has been featured in the anthologies, American Tensions (New Village Press); Fiction on a Stick (Milkweed Editions) and Homelands: Women’s Journeys Across Race, Place, and Time (Seal Press); and many other publications.

She has received awards from the Minnesota State Arts Board, the Jerome Foundation, and the East Central Regional Arts Council, as well as residencies at Hedgebrook Writers’ Residency, Norcroft Writers’ Retreat, Blacklock Nature Sanctuary, and Ragdale.

Wilson is a past editor for Minnesota Literature, former board chair of SASE: The Write Place, and the founder and editor of The Artist’s Voice. Wilson currently works at the Dream of Wild Health farm in Hugo, MN, and lives with her husband, artist Jim Denomie, in Shafer, MN. 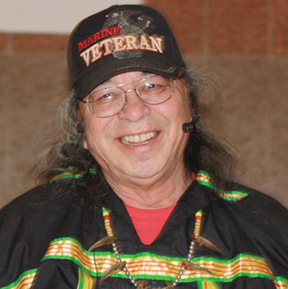 He also writes the syndicated column, Fond du Lac Follies, which is published in the The Circle, and News From Indian Country. He was named Writer of the Year in syndicated columns for 2001 by the Wordcraft Circle of Native Writer’s and Storytellers, and has won awards from NAJA for his column.

Northrup is also a poet and playwright, with his play Rez Road 2000 having been performed at the Great American History. Shinnob Jep, was performed at the Weisman Art Museum, University of Minnesota, as part of the Indian Humor exhibition.

He was a mentor in the Loft Inroads Program, and a judge for the Lake Superior Contemporary Writers Series and The Jerome Fellowship.

He lives the traditional life of the Anishinaabe in northern Minnesota with his family.

For more information or to R.S.V.P.