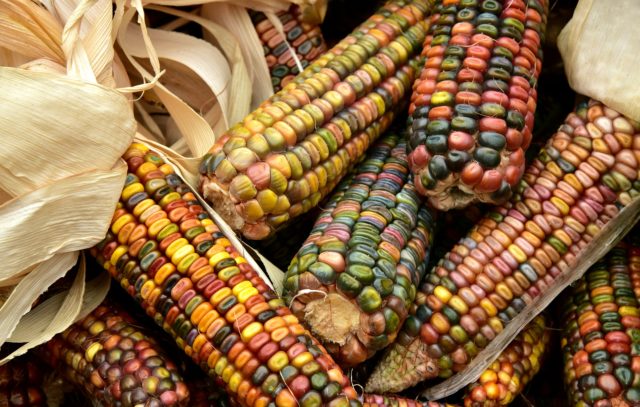 It’s Thanksgiving Morning. Everywhere in America. Thanksgiving needs to mean something to Native people. Something like justice and reparations.
I’m not going to do long speech about the Wampanoags and the Pilgrims. It’s a brutal history which begins with the beheading of their leaders (those heads were displayed on spikes for decades in Puritan towns), to the most recent Trump administration attack on the People of the First Light.

In 2018, the Trump administration issued a decision to remove the Wampanoag Cape Cod reservation from trust status, harkening back to the termination era. “We have been on this land for 12,000 years and we are not going anywhere,” Chairman Cedric Cromwell declared after receiving the negative decision.

Prime real estate, like Cape Cod, is always a bitter ground for Native people, just ask the Hawaiians, or the Wiyots of California. Legislation introduced by Senators Elizabeth Warren and Ed Markey would reverse the Trump decision, and currently remains in Congress.

There are fortunately many ways to make good this Thanksgiving and beyond, which do not involve the Trump administration. On October 21, Tuluwat, known as Indian Island, was returned to the Wiyot Tribe of northern California. “This is the first known transfer of land from a city to a tribe of this kind,” Eureka Councilwoman Natalie Arroyo said. “We are all responsible to do what we can to actively participate in healing. I will be so bold to say under current conditions Eureka owns the land, but it was never truly ours.”

That’s a good way to begin reparations. Return of stolen land. There’s a lot of blood on that island. The Tuluwat or Indian Island massacre occurred in 1860, when most of the adult men were away, bringing back essentials for their Earth Renewal Ceremonies. About 250 Wiyot people were murdered. Arcata’s local newspaper, the Northern Californian, described the scene as follows:

“Blood stood in pools on all sides; the walls of the huts were stained and the grass colored red. Lying around were dead bodies of both sexes and all ages from the old man to the infant at the breast. Some had their heads split in twain by axes, others beaten into jelly with clubs, others pierced or cut to pieces with bowie knives. Some struck down as they mired; others had almost reached the water when overtaken and butchered.” Brutal indeed, the work of vigilantes, and the work of those who said nothing.

The Tuluwat/Indian Island massacre was part of a coordinated simultaneous attack on other Wiyot villages including those on the Eel River and South Beach. Though the attack was widely condemned in newspapers outside Humboldt County, no one was ever prosecuted for the murders, according to the Wikipedia accounts.

This past year, the Leech Lake Band of Ojibwe secured the return of part of the Chippewa National Forest. That was about l1,700 acres stolen from the band by the National Park Service. That’s the story of Indian country, although the Leech Lake reservation is wealthy with water and land, and the second largest reservation in Minnesota, less than 5% of their reservation remains in Ojibwe hands, most of the reservation’s prime lakeshore and islands held by non Indian lake shore owners.

Two years ago, Leech Lake phased out leases to non-Natives. Until then over 350 lots of prime lakeshore had been occupied by non tribal members. In the meantime, former Natural Resources Director Levi Brown, noted there were 500 homeless tribe members looking for places to live on the reservation, and 100 more applying for tribal land allotments where they can build a home.

As Brown told Minnesota Public Radio, “You can put a dollar sign on what you have to spend on somebody. Or you can say, ‘You’re Anishinaabe. You’re people from the water. We’re going to allow you to live and be who you are…” (The Bad River band of Ojibwe in Wisconsin did the same thing on Madeline Island, it did not renew leases to non tribal members.)

This year, with the support of Congressman Rick Nolan and Senator Tina Smith, federal legislation transferred more than ll,000 acre of land back to the Anishinaabe. The bill focused on Secretarial Land Transfers beginning in 1948. That involved 11,760 acres of land transferred from individual allotments on the Leech Lake Reservation to the United States Forest Service for the Chippewa National Forest.

Indigenous well being is land based. And, nationally, most of that land is not held by Native people. National Parks are literally a stolen treasure chest from Native people. Historian Phil Burnham describes the taking of tribal lands for national parks in his book  Indian Country, God’s Country. A few of the takings include: Glacier, Badlands, Mesa Verde, Yosemite, Yellowstone, the Grand Canyon, and Death Valley, and of course, the Black Hills.

To the west, the Pikuni (also called the Blackfeet Nation) begins to push also for more access to Glacier Park. Indeed, the Lame Bull Treaty of l855, recognized the Blackfeet lands, and as well those lands to the north and south in Glacier occupied by Kootenai and Salish people, respectively. The Blackfeet were starved into transferring more land to the federal government for $l.5 million in l895. When the land was declared a national park in 1910, Blackfeet hunting and fishing rights were revoked, but gathering rights remained. Since then, Blackfeet people have been arrested and challenged in court.

Nearby, the Salish and Kootenai continue a collaborative management initiative with the National Bison Range, carved entirely out of their reservation. Meanwhile, here in Minnesota, the Tamarac National Wildlife Refuge was carved out of the White Earth reservation, and really should be returned to the tribe. Almost one third of the White Earth reservation is held by federal, state or county governments, all of it taken illegally.

Nationally, the fact is that the National Parks and Wildlife Refuges, hold more land than Native people. As Keller and Turek point out in American Indians & National Parks,  “tribes today contain 50 million acres; the Park Service controls approximately 80 million.”  That’s ironic and tragic. In the long arc of history, we find that enlightenment is possible. And on this Thanksgiving, I am reminded that the brutality of history only finds redress in reparations and justice.

MN History Center’s “Our Home: Native Minnesota” worth checking out

A pipe, a tribe, a quest to reclaim the past