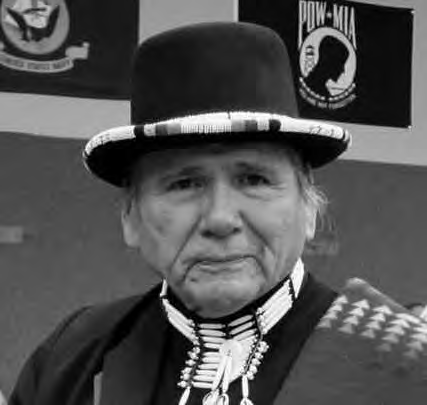 Dennis Banks, a key figure in the American Indian rights movement that started in Minneapolis in the late 1960s, died Oct. 29th from complications following a surgery. Born on Leech Lake Indian Reservation in northern Minnesota in 1937, Banks served in the U.S. Air Force, was discharged, and then did a stint in Stillwater Prison on a burglary conviction. That’s where he was first politicized, according to his autobiography.

“I would read the papers and see that demonstrations about civil rights and the Vietnam War were going on all over the country,” Banks wrote. “I desperately wanted to be part of a movement for Indian people, but we had no organization to address social reform, human rights or treaty rights.”

It was after his release that Banks and a number of other like-minded activists in Minneapolis formed the American Indian Movement, known as AIM. Hearing that American Indians were being arrested on trumped up charges, AIM conducted street patrols in bright red berets and met with officials.

AIM co-founder Clyde Bellecourt said that civil rights in the ‘60s were viewed as an issue of black and white, with little attention paid to the plight of American Indians.

“We did look at our organization as a civil and human rights organization, and we looked at it as 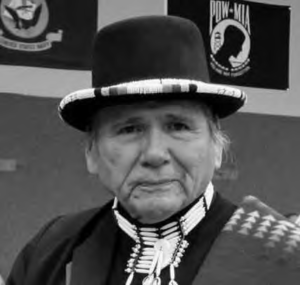 a treaty rights, because in every one of our treaties encompasses civil and human rights,” Bellecourt said. “So, if the government lived up to its treaties, we wouldn’t have needed the American Indian Movement.”

Banks would become one of the most prominent national leaders of the American Indian Movement, which would spread across the continent.

He was involved in the 1969 occupation of Alcatraz Island. And he participated in the standoff with federal authorities at Wounded Knee, South Dakota, in 1973. During the three month confrontation, at least two American Indian men were killed and one federal marshal was severely wounded.

During the 1973 occupation, Banks spoke to a crowd about what he described as the long-running war on American Indians by the U.S. government.

Charges against Banks related to Wounded Knee were dismissed by a judge due to prosecutorial misconduct. But Banks was convicted of riot charges from another protest in Custer, S.D. After avoiding extradition to South Dakota for almost a decade, Banks surrendered and served time in prison in 1985.

Laura Waterman Wittstock, who covered Banks for the American Indian Press Association, said he used creative tactics like a walk across the country to press for political reforms and bring American Indians from all parts of the continent together.

“Of all of the Indian leaders, Dennis was the most intellectual,” Wittstock said. “He really thought things through. He wanted to educate young people, and he wanted them to be a part of the decision-making.”

“He did teach people to stop eating the American Indian diet which was full of fats and sugars and to do walking and running as part of regaining the health that was the birthright of Indian people,” Wittstock said.

Banks’ family had been posting updates about his health on Facebook. He’d developed pneumonia following open heart surgery earlier this month. As he took his final breaths, they sang him the American Indian Movement song.

Bellecourt said Banks helped bring issues important to indigenous people to light, starting with AIM’s humble origins in south Minneapolis and going all the way to the United Nations.

“Dennis was a great warrior. He didn’t shun his responsibilities,” Bellecourt said. “He put his life on the line with all of us. That’s what I remember the most about him.”

The Banks family plans to bury him in his home community of Leech Lake in northern Minnesota.