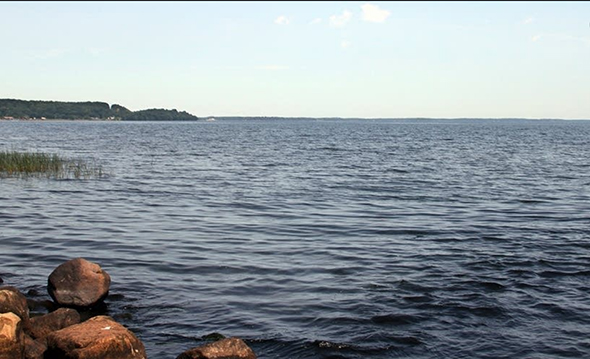 Minnesota Attorney General Keith Ellison asserted in February in a legal filing that the Mille Lacs Indian Reservation still exists, a statement that seeks to reverse more than a century of state policy and could have deep implications for people who live around one of Minnesota’s destination fishing areas.

In court papers filed February 19, Ellison backed the Mille Lacs Band of Ojibwe’s assertion that the band has 61,000 acres across the south shore of Mille Lacs Lake in central Minnesota.

The boundaries of the Mille Lacs Indian Reservation and whether it even exists have been contentious issues since the borders were created in an 1855 treaty between Chippewa Indians and the United States. The borders encompass several small towns and three islands in the lake. The band contends that part of the reservation still exists.

Mille Lacs County officials believe the band has only about 4,000 acres of scattered lands held in trust by the federal government. The county maintains that subsequent treaties and acts of Congress diminished and eventually ended the official reservation.

Ellison’s arguments are included in a motion filed in Ramsey County seeking to dismiss a lawsuit brought by the Mille Lacs County attorney and sheriff. That case is just about legal fees. But that lawsuit and a related federal case revolve around the boundaries of the Mille Lacs Reservation, if one still exists.

If the reservation exists, and is in fact 61,000 acres, that could mean thousands of nontribal residents and businesses, including the communities of Isle, Wahkon, Vineland and part of Onamia, will be subject to the authority not of local elected officials, but the federal government, which has jurisdiction over such tribal lands, along with tribal authorities.

Mille Lacs County leaders warn that a host of governmental functions, from business licenses to taxes to environmental regulations to perhaps southern shore access to some of the lake’s prized walleye-fishing waters, could be subject to sweeping changes outside of their or residents’ control.

The Mille Lacs band contends its only interest in legally solidifying the 61,000-acre boundary is to allow tribal and county police to better work together as they combat crime.

After decades of cooperation, in 2016 the Mille Lacs County Board voted to end a law enforcement agreement with the band. After a two-year standoff, the county and the band reached an agreement in 2018 but without clarifying the boundary dispute.

In 2015, the U.S. Department of Interior under President Barack Obama undertook a review and concluded that the 61,000-acre reservation remains intact.

“Some State officers have in the past expressed different positions, but those positions did not take into account recent legal developments,” Ellision said. “The State’s current position is consistent with the federal government’s interpretation.”

The federal litigation involves the band asking a judge to declare that the 61,000-acre reservation still exists. The ruling likely will be appealed to the U.S. Supreme Court, which in 1999 ruled in favor of Mille Lacs band tribal members’ treaty rights to fish Mille Lacs Lake.

Walz spokesman Teddy Tschann said the governor agrees with Ellison’s legal analysis.
After serving in Congress, both Walz and Ellison were elected to their state offices in 2018, a year that saw Native Americans elected to prominent roles across the country, including in Minnesota, where Lt. Gov. Peggy Flanagan, who is a citizen of the White Earth Nation of Ojibwe, was elected with Walz. Both Walz and Flanagan have said they want a new era of cooperation between the state and Native Americans.

Mille Lacs County Attorney Joe Walsh said that Ellison’s office never consulted with him.
“It is surprising and disappointing that a filing from the Attorney General’s office would disregard more than 100 years of policy and precedent by Minnesota governors and attorneys general,” Walsh said.