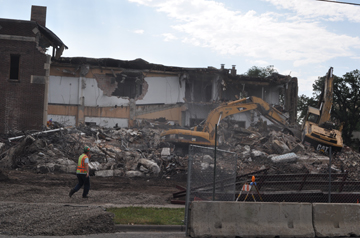 The Heart of the Earth charter school for Native Americans in Minneapolis was torn down at the end of August, the same time that Joel Pourier was sentenced for embezzleing almost $1.4 of the school funds, prompting the school’s shut down. The former Heart of the Earth Charter School director will spend up to ten years in prison for stealing $1 million over a five year period. Pourier pleaded guilty in July to eight counts of theft by swindle.
Hennepin County District Court Joe Klein sentenced Joel Pourier on August 30 to up to ten years in prison, a double upward departure because of the significance and impact of his crimes. Pourier, 40, was immediately taken into custody to begin serving his term.
In asking for the longer sentence, Assistant Hennepin County Attorney Paul Scoggin noted that many of the children at the school never enrolled in another school after the Heart of the Earth lost its charter in the summer of 2008. He said that as Pourier bought himself a Hummer, an Escalade and other cars, teachers used their own money to buy markers and pencils for students. 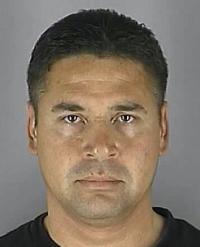 Pourier embezzled $1.38 million from 2003 to 2008, forging signatures on dozens of checks and transferring money to his accounts. Meanwhile, the school lacked funds for field trips, supplies, computers and textbooks, according to the criminal complaint. The investigation found 124 canceled checks and transfers into Pourier’s accounts.
To explain his lavish lifestyle, he said he and his wife received gambling proceeds as enrolled members of the Shakopee Mdew-akanton Sioux. They were not members, the complaint said.
Pourier was hired at the school in 2002 as finance director and later became the executive director based on a resume that included claims for degrees, including an MBA, he didn’t have.
The Heart of the Earth Survival School was established in January 1972 by the American Indian Movement. Instrumental in the creation of Heart of the Earth was Title IV of the Indian Education Act, adopted by Congress on June 23, 1972. This act allowed Indians to have control over educating their people; a different policy than the US government had previously adopted with the boarding schools that dominated Indian education throughout the 19th and 20th centuries.
Heart of the Earth was one of the first American Indian-operated schools in the nation. It started as an alternative public school and became a charter school in 1999. Minneapolis Public Schools ended the district’s sponsorship of the school in August 2008 after an audit revealed more than $160,000 in financial discrepancies.