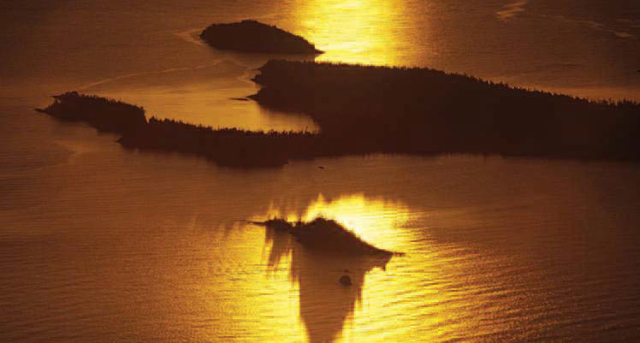 An island at the tip of north-eastern Minnesota has been returned to the Grand Portage Band of Lake Superior Band of Ojibwe.

The 142-acre Susie Island is the largest of 13 small and rocky islands in Lake Superior, just before the Canadian border. The islands are home to some of Minnesota’s rarest plant life.

April McCormick is a member of the Grand Portage Band and worked closely with the Nature Conservancy to bring the island back under the tribe’s control.

The Grand Portage Reservation was established by the 1854 Treaty of LaPointe. A large portion of land on the eastern side of Mount Josephine extending out to Pigeon Point was left out when the boundaries were drawn. Tribal leadership pushed for many years to reestablish this area as part of the reservation, McCormick said in a conversation with MPR’s Cathy Wurzer.

A 1982 proclamation made this north eastern point part of the Grand Portage Reservation, but portions –including Susie Island – were acquired by private land owners. Between 1973 and 1991, the Nature Conservancy worked to buy back the entirety of Susie Island from multiple land owners, preventing any commercial development there, McCormick said.

Now under band control, human influence on the island will be kept to a minimum in order to protect areas of cultural significance as well as the natural environment.