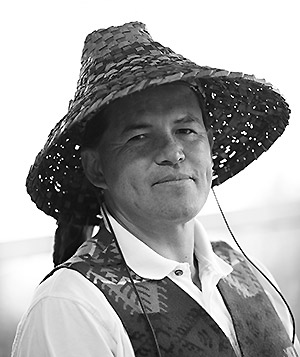 Gov. Mike Huckabee’s comparisons of Islamic terrorism to the cowboys

and Indians stereotype drew fire from the National Congress of

American Indians on May 7.

In his presidential run announcement on

May 5, Huckabee said, “When I hear our current president say he

radical jihadists, I wonder if he can watch a western from the ‘50s

the following response in reaction to Governor Mike Huckabee’s

quote: “This week I learned about Governor Huckabee’s speech

announcing his candidacy for U.S. President and was dismayed to hear

him compare Native Americans to jihadists.”

“There are many things we have left

behind from the 1950’s, including overt racism and sexism. We hope

is also left behind. It is hurtful when public officials use

stereotypes of Indians as the ‘bad guys.’ Even if it is a

metaphorical expression, racial stereotypes should be avoided. It is

particularly hurtful to suggest that Americans should reflexively

identify images of Native people defending our homelands as the ‘bad

Committee spokesperson, said in a statement to Indian Country Today

Media Network, which initially reported on the comparison, “Mike

Huckabee has spent his entire career offending Americans of all

a few – and now with these recent comments, he can add Native

He continued, “Native Americans have

a proud heritage, and deserve better than to be compared to jihadists

as part of a GOP candidate’s cheap joke.”

Cladoosby echoed the sentiments in his

statement, saying, “Native Americans are the most committed to our

Indian and Alaska Native military veterans. According to the Oxford

Companion to American Military History, American Indians have the

highest record of military service per capita compared to any other

group in the United States.

What began the exchange was Obama’s

previous comments at the National Prayer Breakfast in February, “And

place, remember that during the Crusades and the Inquisition, people

committed terrible deeds in the name of Christ. In our home country,