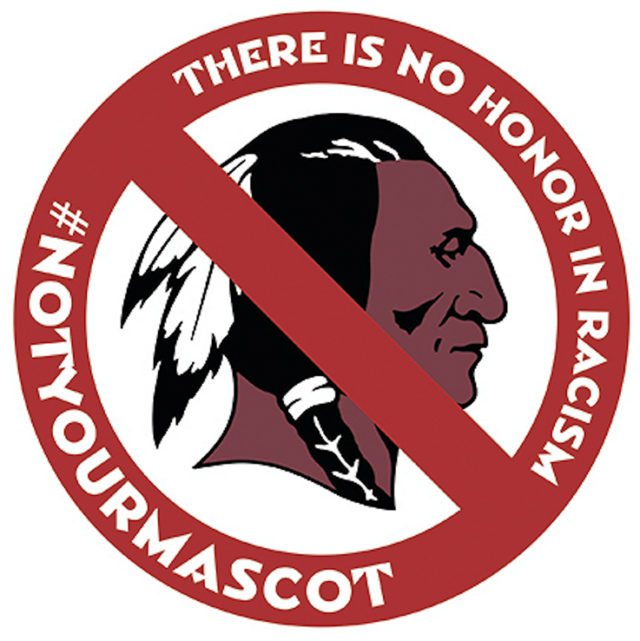 On Thursday, Oct. 24, a coalition of Minnesota tribal governments, the National Coalition Against Racism in Sports and Media (NCARSM) and other Native American organizations will host a “Not Your Mascot” march and rally urging the Washington NFL team to retire their degrading team name and mascot.

“For decades, the Washington NFL team has profited off their name and mascot with no regard for its painful connection to the displacement, violence and trauma experienced by Indigenous peoples for generations,” said David Glass, president of NCARSM.

“The name is not positive or respectful; it is the very opposite, and instead encourages a dangerous caricature of what it means to be Native American. It is time to change the name. There is no honor in racism,” said Clyde Bellecourt, founder and national director of the American Indian Movement and cofounder of NCARSM.

In 2014, more than 4,000 people gathered outside the University of Minnesota’s TCF Bank Stadium to support the retiring of the Washington NFL team name and mascot. The crowd included members from several tribal nations and Native American organizations, along with prominent government leaders, students, activists and allies.