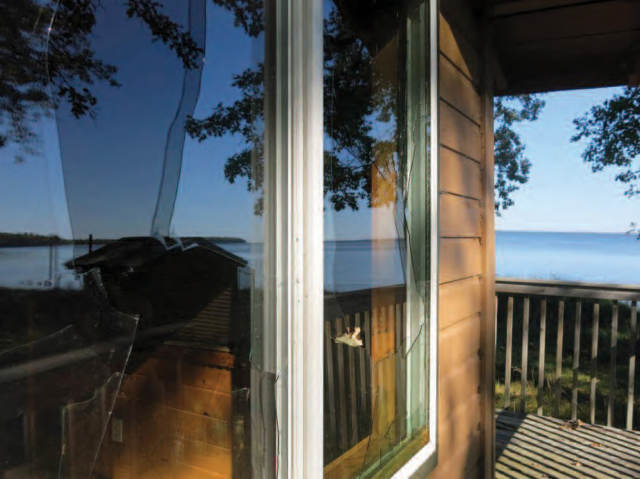 Jim and Gail Hinkemeyer just retired and they had their future all worked out. They’d dodge Minnesota’s cold winters with a cheap apartment in Belize, then spend their summers at their small family cabin on Leech Lake.

After 30 years at the local Potlatch lumber mill, Jim saw it as the perfect place to rest. But while the couple owned the cabin, they did not own the land beneath it. They’d been leasing the waterfront lot from the Leech Lake Band of Ojibwe.

Now the tribe wants it back. The Hinkemeyers received a letter a few months ago from the Leech Lake band telling the couple they had to leave the northern Minnesota lake property at the end of the lease, which will happen sometime in October.

“I’m to the point where, do I laugh or do I cry?” Gail Hinkemeyer said. “That’s where you’re left, because you’re not going to change it.”

For decades, the tribe has leased nearly 350 small water-front lots on Leech Lake, Cass Lake and a few others. Earlier this year, though, a new tribal administration voted not to renew the contracts.

Now, as those leases come up for renewal, the properties are reverting back to the tribe. This fall alone, 75 cabin owners will have to sell or move off the land.

Band leaders say they need to retake those properties as part of their plan to help ease the reservation’s gnawing homelessness problem.

That’s left the Hinkemeyers and scores of other non-tribal cabin owners, many of them retirees, with three options: try to sell the structure to a band member, move the structure off the property, or simply leave it all behind.

Along the shore of Trader’s Bay on Leech Lake, whole strings of small cabins are being emptied out or trucked away.

On a recent afternoon, Heldt packed his stuff into a shipping container. He’ll be out of his cabin by the first of the month. Most of his neighbors are gone already, or will be, soon.

A few lots over, Dave Knowlton was tearing the skirting off his trailer house so the whole thing can be moved.

“It’s a lot of work for a guy that’s 58, and has a bad back from college football,” he said. “I mean, I am just barely getting by, getting all this done.”

Knowlton said many people are worse off.

He noted the the cabin to his left that was built by an old friend. It has a sprawling porch and a stone fireplace. There’s no moving it. To the right sits a two-story home with a walkout basement, a place Knowlton said nearly sold last year for more than $100,000. Now the owner is asking $25,000.

Farther down shore, Dave Unruh, a Twin Cities man, said he paid $80,000 for two cabins a few years ago and put thousands more into them. He said he recently sold them both, plus his dock for $5,000.

It’s hard to sell permanent structures, Knowlton said, because the only people allowed to buy are Leech Lake band members. Even then, the tribal government requires them to be converted into year-round homes, with a well and septic system.

Knowlton always figured this might happen, so he never invested beyond a trailer house.

“It’s their sovereign nation here. This is their land,” he said. “I’ve come to terms with it. I appreciate the time I’ve had here. I just wish I had more.”

Phasing out the leases, he added, will cost his department roughly $500,000 a year, about half his budget. He said it’s worth the cost.

Right now, there are 500 homeless tribe members looking for places to live on the reservation, and 100 more applying for tribal land allotments where they can build a home.

Brown added: “You can put a dollar sign on what you have to spend on somebody. Or you can say, ‘You’re Annishinabe. You’re people from the water. We’re going to allow you to live and be who you are, and return some of those cultural values to you.’”

While cabin owners like Knowlton are philosophical, others have not taken it well.

Since the leases started running out, Brown said he has been yelled at, called names and received death threats. He said he’s been nearly forced off the road by angry drivers and had to call the tribal police.

Brown didn’t see any of this coming, but still thinks the tribe made the right decision.

“It’s been tough,” he said. “Tough to know that you’re doing something that is going to really help the future generations and echo some social change but, at the same time, have people tell you that it’s wrong.”

As their lease nears its end, the Hinkemeyers aren’t sure what they’ll do with their cabin. They’re pretty sure it won’t sell. They’re looking at moving it, but even that might fall through. Cabin movers are booked up and in short sup-ply right now.

The couple, though, still have a place in town. Heldt’s permanent residence is in the Florida Keys. Knowlton lives in the Twin Cities.

The former lease holders will be fine, Brown said. Generations of tribal members have been closed off from the shore-line. Most of the property around Leech and Cass lakes was sold and developed long ago. The little that remained in tribal hands was leased to non-tribal members. Now, he said young tribal members will be able to grow up swimming and paddling the lake, as they did generations ago.

Reprinted with permssion from www.mprnews.org.