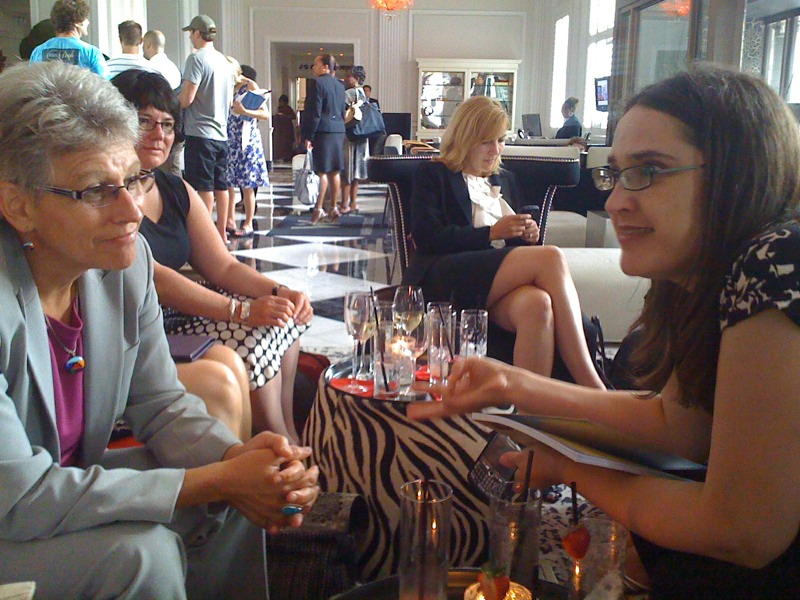 The Tribal Law and Order Act that was signed into law in July has a section thatdeals specifically with domestic violence and sexual assault. Indian women are saying it could be a huge step in fighting sexual assault against Indian women. On July 29, President Barack Obama signed into law The Tribal Law and Order Act, sponsored by Sen. Biron Doran, Dem.-N.D., and Sen. John Thude, Rep.-S.D., which gives Tribal courts tougher sentencing powers for crimes and calls for an improvement in coordination between tribal and federal law enforcement.

Title XI of the law deals specifically with domestic violence and sexual assault enforcement and prevention. In addition to improving coordination surrounding these types of crimes, the law would also improve training and protocols for tribal law officials as well as for Indian Health Service facilities.

According to Bonnie Clairmont, from the Tribal Law and Policy Institute (TLPI), part of what set the bill in motion was the Maze of Injustice report, published by Amnesty International in 2007. Amnesty International approached numerous Native American organizations for research for the study, including the TLPI. “I like to form alliances with people that are willing to join forces with us,” Clairmont said. “That’s why we took on this partnership with Amnesty… it came up at the right time.” The report exposes problems that Native women have experienced when reporting domestic violence and sexual assault crimes. Issues such as slow investigations, lost evidence, and lack of protocol in handling evidence both by law enforcement and Indian Health Services were revealed in the report.

Just as the report was being released, a couple of Senators from the Senate Committee on Indian Affairs were looking for a strategy to use in getting their Tribal Law and Order act passed. Soon, the Maze report was being distributed strategically to different lawmakers.

“The phone lines were just ringing off the hook,” Clairmont recalled. “They were all wondering – ‘where did this come from?’ I have to say that as a Native Woman we all know. We’ve been saying it and shouting it from the rooftop. But who wants to listen to Native women?”

For Tribal Law and Order Act authors Sen. Doran and Sen. Thude, “The Maze report was exactly what they needed,” Clairmont said. Soon, Clairmont was asked to testify in one of a series of Senate hearings about tribal law. “It was really interesting process,” Clairmont said. “It was kind of exciting.”

While many advocates for the law herald it as a victory, they also say there is still much work to be done in terms of its implementation.

Nicole Mathews, Executive Director of Minnesota Indian Women’s Sexual Assault Coalition, said the law was “a huge step for the work that we do.”

“I’m very hopeful and optimistic,” Mathews said. “I think that the Obama administration has really taken some great steps to improve safety for Native women in Native country… But there is more work ahead. Now we have to take steps to make it a reality,” she said.

One of the major tasks ahead, according to Mathews, is in the implementation of the law, including protocols with the Indian Health Service and with strengthening the prosecution side.

The act calls for Indian Health Services to coordinate with Federal and Tribal agencies in establishing protocols based on those already established by the Department of Justice.

June Tracy (Legislative Analyst at Indian Health Services in Rockville, MD) said the agency began to establish protocols with the passage of the American Indian Health Care Improvement Act, which was part of the Health Care bill passed earlier this year. The Tribal Law and Order Act calls for those protocols to match Department of Justice procedures.

the major barriers to prosecuting rape crimes on reservations has been tribal governments inability to prosecute non-native offenders.

In an article for The Minnesota Independent, Paul Schmelzer wrote that in 1978, the U.S. Supreme Court ruled that tribal governments have no criminal jurisdiction over non-Natives. This means that if a Native woman is sexually assaulted by a non-Native on a Public Law 280 reservation (where states hold jurisdiction), the case goes to the state. For non- PL 280 reservations, felonies against Natives by non-Natives are prosecuted by federal law.

Sarah Deer, an assistant professor at William Mitchell School of Law in St. Paul, worked on the bill. She said problems could arise with concurrent jurisdiction, “if the two governments are not communicating with each other about what they are doing.”

If one government prosecutes before the other has decided what to do, for example, it can be confusing for everyone involved, according to Deer.

The Tribal Law and Order Act aims to coordinate communication between tribal and state and federal law enforcement. It requires the Interior Department’s Office of Justice Services (OJS) to hold regular consultations with tribal leaders, and to provide technical assistance and training to tribal police. It also permits Indian tribes to request federal assistance in investigating and prosecuting reservation crimes. And it holds U.S. attorneys accountable by requiring them to maintain data on when they decline to prosecute.

The act also strengthens tribal law enforcement by authorizing Bureau of Indian Affairs (BIA) police to make warrantless arrests where the officer has ‘probable cause’ to believe that the suspect has committed or is committing certain crimes.

It also increases the amount that tribes can sentence Native perpetrators from one to three years, and authorizes tribal courts to impose consecutive sentences for multiple crimes with a cap of 9 years. (If a tribe exercises this option, they must provide licensed counsel to the defendant, and requires the tribal judge to be licensed and law trained, and the tribe must publish its criminal laws and rules of evidence and criminal procedure, as well as provide a video or audio recording of the trial).

Suzanne Koepplinger, the Executive Director for the Minnesota Indian Women’s Resource Center (MIWRC), was present at the signing in Washington, D.C., and said that MIWRC has worked closely with Senator Al Franken (Dem.-MN) – who sits on the Indian Affairs committee – on including an amendment that deals specifically with the issue of sex trafficking in Indian country.

MIWRC has for several years been engaged in researching this topic, and released a report on the subject, entitled Shattered Hearts: the commercial sexual exploitation of American Indian women and girls in Minnesota.

Koepplinger calls the passing of the Tribal Law and Order Act “a great first step,” but she cautions that funding needs to be allocated in order for the changes to have success. Funding is needed, she said, “to help tribes strengthen their court systems and training programs.”

If the funding doesn’t come through and nothing happens, Koepplinger said “then we’ve done nothing once again.”