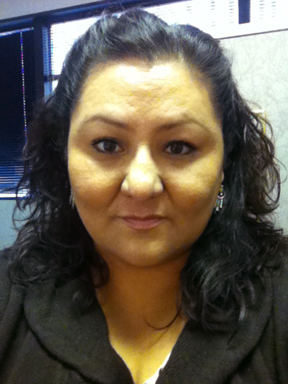 The Minnesota American Indian Chamber of Commerce (MAICC) celebrated 25 years of service at their Annual Dinner & Awards Banquet December 8, 2011 at the Mystic Lake Casino Hotel, Shakopee, MN. Highlights of the event included awards to American Indian organizations for outstanding contributions to their communities and a scholarship presentation to a American Indian student.

The Spirit of the People Award: Andy Arlotta, Co-Owner and Vice President of the Minnesota Swarm. For a variety of lacrosse programs that not only introduce youth to this traditional American Indian sport but also emphasize healthy life skills and the importance of education.

The Turtle Award: Theresa Foster (White Earth Band of Ojibwe) Foster Mayers Associates, LLC. Foster was recognized for her volunteer time, energy and service work to support and promote the Minnesota American Indian Chamber of Commerce and its efforts to promote American Indian business. She is the owner of a Land Surveying and Wetlands Delineation firm in Minnesota.

The Eagle Award: The American Indian Community Development Corporation and CommonBond Communities. They partnered to develop Bii Di Gain Dash Anwebi (Come In, Rest) elder housing in Minneapolis, which combines affordable housing with a variety of health and wellness services for the community.

The Buffalo Award: The Shakopee Mdewakanton Sioux Community. For their longtime MAICC support and generous contributions to Native American businesses and tribal activities. Over the past 13 years, they have given away more than $192.7 million in grants and donations to support a variety of worthy causes.

The Bear Award: Red Lake Propane. For their commitment to customer service and their efforts to help the tribe become self-sufficient in energy and natural resource matters.

The scholarship: Was awarded to Ben Yawakie of Brooklyn Park, a junior at Augsburg College in Minneapolis. In addition to pursuing a double major in Biology and Chemistry, Yawakie gives back to the community by tutoring Native American youth at South High in Minneapolis. His goal is to attend Medical School at the University of Minnesota Duluth, then use his medical skills – including traditional American Indian healing methods – to serve his patients.

Christine has been employed with the City of Minneapolis, Human Resources Department since 1998. Christine was raised on the southside of Minneapolis and has remained connected to the Native American Community and her Ojibwe and Dakota heritage. She can be reached at: 612-673-3954 or email: christine.mcdonald@minneapolismn.gov.

The ITES Board of Directors has made the decision to close the Inter-Tribal Elder Services organization due to insufficient funding going into the 2012 calendar year. They will be holding a celebration to acknowledge the  work that was accomplished over the past few years. Richard Wright, traditional community leader and board member, will conduct a traditional closing ceremony that will allow people to speak and share their stories. Breakfast and coffee will be served. The closing celebration will take place on January 25 starting at 9:00 am at Christ Lutheran Church, 3244 – 34th Avenue South in Minneapolis.

Local artist Douglas K. Limon has invented a new game called Zap. The ZAP! Game is a family board game… "Mixing Strategy, Chance & Skill". The  board game is intended for the whole family and challenges a player’s ability to use offensive and defensive strategy. Each player attempts to race across the board to the Finish Space while they interfere with the other player’s advance.

Doug and his wife Rachel Limon have teamed up with The Game Crafter, LLC to produce the game. The ZAP Game retails for $19.99 plus shipping and can be ordered on-line at: www.TheZapGame.com.