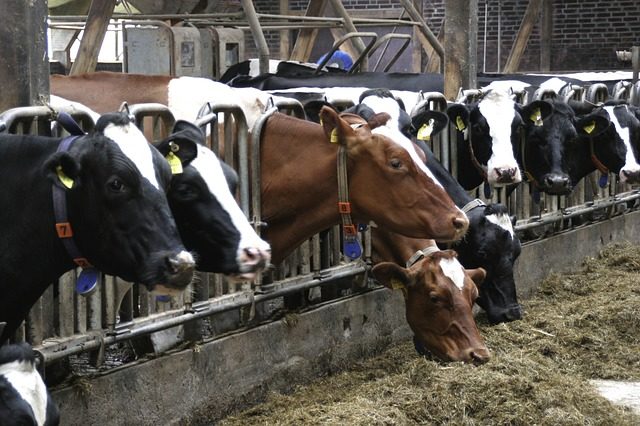 In March of last year I made a decision that had been a long time coming and has changed the course of my life. It’s something that I avoided doing for a long time because it threatened my sense of identity as a Dakota woman – it set me apart from some of our deepest and longest held traditions. But typical to my personality, I did it because I want to have my (vegan) cake and eat it, too. In March, I became an Indigenous Vegan. A Bad Hunter. Like a unicorn, I became something people didn’t think existed in real life.

Why? Is it because I didn’t grow up with my ways? Is it because I am half white? Is it because I have some class privilege that allows me to be super picky with my food? I mean, maybe. Maybe those things have something to do with it. I yam what I yam (and yams are a great vegan food). But the thing is, as I think about our beautiful traditions and teachings, I don’t see being vegan as blasphemous to our culture, and I’ll tell you why.

Most people choose to go vegan for one of three reasons: environment, ethics, and health. My reasons for being vegan are in this exact order. Being a typical Indian woman, I put everyone else before me. Like our incredible Water Protectors holding ground at Standing Rock, you can be sure they aren’t there for themselves. They are there for their kids, their people, the millions of people downriver, the generations to come, and the plants and animals that also depend on a clean river system. As Indian people, our circle of compassion has always included non-humans– the four legged, winged, finned, the plants, water, earth and sky. It is in adhering to this tradition that being vegan makes sense as a Dakota woman.

Right now, animal agriculture is responsible for more than half of global greenhouse gas emissions. That’s right. More than half! It dwarfs the entire transportation system’s 13% impact with a staggering 51% of emissions being a direct result of raising animals for food. As a vegan, you can literally cut your carbon footprint in half. If you want to save this planet for future generations, reducing your shower time just ain’t gonna cut it.

For example, to produce one hamburger, 660 gallons of clean water was used in the process. That’s the same as showering for 2 months. For everyone’s sake, take your showers and just skip the burger. And think about this: the waste from a mid-size diary operation creates as much annual waste as a city of over 400,000 people. And here I am rinsing out my dairy milk jug to recycle it because I care about waste. It just wasn’t adding up. I knew the environmental impact was incredible, but if I went vegan, I’d be THAT lady. I did NOT want to be THAT lady.

Talking about the environmental impact of animal agriculture has gone over pretty well with non-vegans, but nothing shuts down a conversation quite like bringing up the ethical implications of eating animals. Stick with me here, I promise not to be THAT lady. But here’s the thing I have come to realize. The way our meat gets to our dinner plate today is nothing like the process our ancestors used. On a basic level, we all know this. Most of us urban, and even rez Indian’s aren’t out there hunting our own free roaming buffalo, elk, deer, and rabbits (although some of us do). But let’s face it, even if we do eat wild hunted game, for most of us, it’s not where most of our meat comes from.

So let’s think about that for a second. And I should say, I am not one of those vegans who think that killing is immoral. I am not vegan because I believe killing animals is inherently wrong. This kinda ticks off a lot of other vegans, and sometimes they tell me that this belief means I am not really vegan. Even so, there are societies of people who still survive by hunting and gathering and I don’t find any ethical problems with that. I don’t find any ethical problems with the fact that our ancestors were a hunter-gatherer society. Some vegans even think it’s a problem that lions eat zebras. Well, I don’t. So, if I don’t find killing animals to be ethically problematic, then what is the problem?

I strongly believe that if you don’t have to take a life, you shouldn’t. This belief is in line with our Dakota ways. For example, the highest honor one could receive in battle was counting coup on your enemy, not taking their life. Obviously our ancestors ate animals to survive. They used the furs and skins, bones and teeth, flesh and organs. Nothing went to waste. The animals we depended on for survival were honored and revered. Fast forward a couple hundred years, and we don’t have to eat animals to survive. We don’t need meat to get protein and iron. We don’t have to drink milk for calcium and vitamin D. We have fully stocked grocery stores year round, and black beans are a beast of protein. We don’t need the skins of other animals to stay warm and sheltered. We don’t need horses and dogs to do our work for us, that’s what that old pick up truck is for. So, there is the problem of taking a life when it’s unnecessary for our survival.

But wait, there’s more. Once you allow yourself to see the reality of life for these animals on Factory Farms, and what kind of death they meet at the slaughterhouse, you can’t unknown that reality. They are treated as mere units of production, not the living, breathing, feeling creatures that they are. No honor, no reverence. These animals are treated worse than dirt. The complete lack of regard for their lives is so far out of line with our teachings of respect, compassion, humility – but the industry is good at hiding what happens in those big, stinking, windowless animal ware-houses. Hate me for it, but I am here to remind you of what happens in there. Because as Indian people, we know more than anyone what it feels like to be voiceless and treated as if your life doesn’t matter.

I forced this diet on my husband because I don’t want to see him suffer. I want to grow old together. I am forcing it on my kids too, because I love them and want them to be healthy and happy. Did you know that the hormones in meat and dairy are linked to early onset puberty, childhood cancer, and an array of developmental problems? Don’t take my word for any of this, do your own research. All the information is out there.

First thing: Get educated. Got Netflix?You can start by watching Cowspiracy, a documentary about the environmental impacts of animal agriculture. Or Forks Over Knives, which delves into the health benefits of a plant-based diet. If you want to know what’s happening to the animals on Factory Farms, you can check out Earthlings on YouTube, but be warned, it has been called “The Vegan Maker” because it’s really hard to watch and continue eating animals. Another YouTube channel that provides short videos with great info on all areas of veganism is Bite Size Vegan, or you could check out the health related videos by Dr. Greger from NurtrionFacts.org.

Second thing: Get cooking. Need some vegan recipes? Try OhSheGlows.com or MinimalistBaker.com. I get most my recipes from those two websites. Or you could just friend me on FaceBook, because I am always posting recipes. Just google “Vegan Recipe for _________” and you’ll see that being vegan doesn’t mean you have to miss out on your favorite foods.

So here’s the thing. I’m vegan, and I think you should join the club. But if you aren’t ready for that leap, do what I did for years before taking the plunge. Take steps. First thing I did was cut out dairy. Most Indian’s are lactose intolerant, so giving it up will save you from some GI distress, and save your family from your cheese farts.

After that, you might want to cut down on how often you eat meat, or maybe you start only buying grass-fed, organic, or free range meat and eggs from a local farmer. Maybe you cut out eating eggs and chicken because you love birds and want to start there. But I am asking you to start making changes towards a plant-based diet because it is the ONLY sustainable option to feed the 7+ billion people on this planet.

The world has changed so much in the last two hundred years it is barely recognizable. Indigenous cultures, however, are slow to change, but they can and do when it makes sense to do so. Women never used to Sundance or wipe down in sweat, but circumstances changed, and with that, we changed our traditions. So too, have the circumstances changed with our population, food, and health. With those changes, we have to consider what is the best thing we can do to for the Oyate, Unci Maka, and Seven Generations.