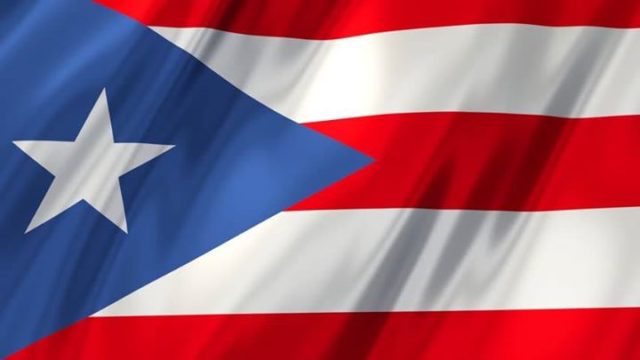 What does Puerto Rico’s catastrophic hurricane teach us about ourselves, how we treat each other and the future? The Taino name for the beautiful island is Borinquen, it is still that land. Almost a month into the disasters of Hurricanes Irma and Maria, very little has changed: only 20% of the power has been restored, a third of the people don’t have drinking water, four hundred people have died, and Trump has bumbled a lot, including throwing paper towels at Borinquenos and criticizing the Mayor of San Juan.

There are a lot of reasons: racism, ignorance, a hundred years of colonialism, an archaic colonial law called the Jones Act which basically stops aid from getting in, an economy constantly structurally adjusted to accommodate corporate interests and a crushing debt. Puerto Ricans themselves, with allies on the mainland and internationally, have a new, and a better plan for their country; that vision is being born.

A little history lesson: This year marks the l00th anniversary of the US political absorption of  Borinquén (Puerto Rico) under the Jones Act, conferring citizenship, but not the full benefits of citizenship. As an unincorporated territory; residents are US citizens but have no say in presidential elections. They can die for this country in the military, but they cannot vote. And the Jones Act restricts what can come into Puerto Rico, and it is killing people today. Something is profoundly wrong about that second class citizenship, which should rankle, not just Puerto Ricans, but us all.

It is not surprising, that colonialism has not worked well for Puerto Rico. From the economic dominance of the sugar industry, to the military occupation of Vieques, the small island of Puerto Rico has seen much of the same relations as much of Indian country in the U.S. Take the example of Vieques. Between l941 and 2003, two thirds of this small island was occupied by the US Navy. Bombed 180 days per year; in 1998, the last year before protests interrupted maneuvers, the Navy dropped 23,000 bombs on the island, the majority of which contained explosives. Over the course of U.S. Navy occupancy, nearly 22 million pounds of military and industrial waste, such as oils, solvents, lubricants, lead paint, acid and 55 US gallon (200 L) drums, were deposited on the western portion of the island. The US Military is the largest polluter in the world.

This sounds quite a bit like many cases in Indian country, whether it’s the Ho Chunk Badger Munitions Site, Fort Wingate, Western Shoshone territory, or Pine Ridge’s Gunnery range; all occupied territories by the US military. The Navy is in some process of cleaning up the island, but has turned much of it over to the Department of Interior, and in calling it a wildlife refuge, is not subject to the same clean up standards as in other super fund sites. This sounds a great deal like Badger Munitions in HoChunk territory.

As scholar Nelson Davis writes, “After one hundred years of citizenship, Puerto Ricans are prohibited from managing their own economy, negotiating their own trade relations, or setting their own consumer prices. Puerto Rico has been little more than a profit center for the United States: first as a naval coaling station, then as a sugar empire, a cheap labor supply, a tax haven, a captive market, and now as a municipal bond debtor and target for privatization. It is an island of beggars and billionaires: fought over by lawyers, bossed by absentee landlords, and clerked by politicians.”

The results: economic refugees, who leave their beloved homeland and are forced onto the mainland, where they continue to be treated as second class citizens. From 2006 to 2015, more than 700,000 people fled debt-ridden Puerto Rico, to cities like Orlando, New York, Philadelphia and Miami. Who knew they were US citizens? One poll found that only 54% of Americans knew that Puerto Ricans were “American citizens”, therefore entitled to the same disaster relief afforded Houston, Texas, or any other city facing climate change disasters. Donald Trump appeared quite unaware of this.

In the midst of the federal mismanagement of Puerto Rican relief, Puerto Rican led recovery efforts are being choked by the Jones Act. A group called the Coalition of the Willing, led by the Puerto Rican Bar Association and others, denounced the act,“There is a shortage of everything in Puerto Rico, supplies are not arriving. And both the government and shipping companies must join other voices in condemning the Jones Act, to have an inventory of space that guarantees our needs for essential products after a catastrophe such as Hurricane Maria. This situation is causing damage to the health and nutrition of Puerto Ricans by leaving more than 1,000 vans with essential goods stranded at US ports” Alejandro Torres Rivera from the Coalition explained.

El Grito de Sunset Park (a non-profit organization, member of Sunset Park Relief Coalition) took on the task of collecting more than a million pounds of sup-plies, with a warehouse in Brooklyn full of aid for the victims in Puerto Rico. “We have sought help, humanitarian or regular tariffs to transport these supplies, but it has become an impossible task. We have learned that FEMA has taken all the shipping space; we have seen a rise in the prices of what was already expensive shipping. Our organization is making a call to permanently release Puerto Rico from the Jones Act, so that there will be space to send aid to the victims of Hurricane Maria,” said Dennis Flores, Director of El Grito. That’s something that Minnesota Senators Klobuchar and Franken should challenge – the Jones Act needs to be lifted. “The Jones Act after Hurricane Maria has cost us many lives and is threatening more lives. The fact that a power generator for a medical ventilator stays in US ports is sad because that means another person is dying as a consequence of that. The fact that a family runs out of food because hundreds of containers are left sitting on those ports because there is no space to bring them should make the Governor and the Resident Commissioner enthusiastically support these measures and have them approved,” Puerto Rican Senator Rossana López León told the press.

A New Birth for Puerto Rico

Crisis brings opportunity. It’s time to support Puerto Rico to become a self reliant, multi-racial, and beautiful country as it was intended. Early on, Tesla’s Elon Musk came out and said that Puerto Rico should just go solar, and that was a moment to reflect. It turns out that a movement of Puerto Ricans, like Resilient Power Puerto Rico, sup-ported by many allies is creating a future. As Naomi Klein writes in the Intercept, “Under the banner of a “just recovery” for Puerto Rico, thousands have come together to design a bold and holistic plan for the island to be rebuilt as a beacon for a safe, resilient, and thriving society in the era of accelerating climate chaos, spiraling economic inequality, and rising white nationalism.”

This is an opportunity to do the right thing. After all, a resilient economic and energy system is sure better than a non-working system, and with climate change disasters on the increase… we will need to be prepared.

Puerto Rico’s energy system was inefficient and outdated before the hurricanes. So how bad was it? Imagine that they are operating on petroleum. That’s right, in 2012, 65% of Puerto Rico’s electricity came from petroleum, 18% from natural gas, 16% from coal, and 1% from renewable energy. That’s expensive, and is forced through a surcharge in the US, the Jones Act, which requires Puerto Rican imports to touch US soil. The Puerto Rican Electrical company uses fuel oil No. 6 (the heavy, dirty version that New York City has banned), or Fuel Oil No. 2, which costs about $3 per gallon. It’s so expensive that the Puerto Rican Electrical Company decided to take cash from its capital works fund –up to $100 million – to buy oil . It’s not surprising that Puerto Rico’s electricity costs, at about 27 cents per kilowatt-hour, are about twice what they are on the mainland. Puerto Ricans, however use much less power.

Let’s say we set up a power grid and a local food system which would feed island people, reduce the debt and make sure that they still had power in the next hurricane. Then maybe get rid of that Jones Act.

That’s this plan. Sunrun and Tesla, two solar companies brought over smaller solar panels with powerwall batteries to power water desalination tanks. Funding for the project was provided by Empowered by Light (a group backed by Leonardo DiCaprio), rooftop company Sunrun Inc. (which also donated the solar panels), and GivePower, a nonprofit that specializes in solar installation in conflict regions. Those are some solutions. It’s a humanitarian effort for these companies, but it’s also a chance to showcase an energy source capable of enduring natural dis-asters. The Solar Energy Industries Association has received pledges for more than $1.2 million in product and monetary contributions from its network.

“Rather than perpetuate the island’s dependence on vulnerable distribution hardware and carbon-heavy fuel,” Resilient Power explains on its website, “we prioritize clean production of energy that allows each household to be self-reliant.”

Many of the islands farmers are creating a similar revolution in agriculture. Most of the seasons crops were destroyed by Maria but the potential for a restorative agriculture system is clear. Because so much of the potential farm land is not being cultivated, Puerto Rico has been importing 80% of its food. Even before the hurricanes there was a movement to restore “agroecology”, or Indigenous knowledge and modern appropriate technologies into farming, adding in the benefit of carbon sequestration. It turns out that organic agriculture sequesters carbon, which is what we need.

Organizations like Boricuá Organization for Ecological Agriculture have “agroecology brigades”, now traveling from community to community to deliver seeds and soil so that residents can begin planting crops immediately. As Naomi Klein writes, “Katia Avilés-Vázquez, one of Boricuá’s farmers, said of a recent brigade: ‘Today I saw the Puerto Rico that I dream being born. This week I worked with those who are giving it birth.’”

Locally and nationally, internationally acclaimed musician Maria Isa, Minneapolis raised Borinquena has been working with leaders like Minnesota State Senator Melissa Lopez Francis (Edina) to leverage relief, and so far has raised $l50,000 and delivered directly it to Puerto Rico. The Puerto Ricans of Minnesota Coalition along with Borinquen will continue to support the birth of a new Puerto Rico. And in its own example of being so much like a reservation, let us support this rebirth, as it is our own.