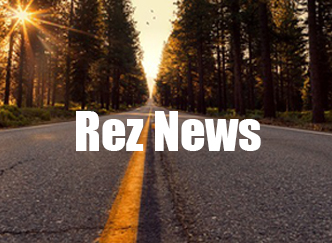 On a late afternoon in Virginia, Minnesota two years ago, Nevada Littlewolf sat nervously in her car outside city hall. She had thirty minutes left to decide whether to run for city council. If she won, she would be the first Native American woman on the small Iron Range city’s council. The current group had only one woman, and most members were over fifty years old.

It was Littlewolf’s thirty-first birthday, and her friends and family were waiting for her to show up to a party to celebrate. She didn’t know what to do. She had two young children with her partner Todd and was busy working as a guardian ad litem for children and families. And despite years of progressive community involvement, she had no experience as an elected official.

She called her father for advice. “He told me, ‘What do you have to lose?’” Littlewolf said. She quickly thought it over, and went into the building to enter the race.Twelve candidates had entered the race for three seats. Littlewolf knew she faced an uphill battle.

She started knocking on the doors of hundreds of the city’s 8,500 residents, telling her story. “I put it all out there,” she said. “I’m young, I have kids, I’m a woman, I’m Native American.”

Her story distinguished her sharply from the other candidates. She had grown up in poverty, moving from town to town before settling down in Virginia in a low-income housing project.

Littlewolf’s father worked in construction, but when he got home, he would tell stories about the family’s Ojibwe heritage. “Our culture is based on oral tradition,” she said. “People would say, ‘Nevada can remember things from before she was born.’”Her father would often tell the story of his father, who had served as a tribal chief on the Leech Lake reservation. “I think that being a leader got instilled in my mind from those stories,” Littlewolf said. “If it was in his bones, then it was in our bones.”

So she got to work, meeting with voters and attending public forums. Her seven-year-old son passed out campaign stickers in the playground. “I had the biggest constituency of second graders in the city of Virginia,” Littlewolf said, laughing.But even the playground sticker campaign paid off, she said. Young parents realized that Littlewolf shared their concerns, and her campaign picked up momentum.

She came in third in the primary, but one week before the general election, she found out some disturbing news. Local bloggers had started a vicious campaign against her, posting comments to the local newspaper’s website and elsewhere, calling her “Montana Many Goats,” and “Candidate Many Goats,” mocking her Native American heritage.

When she attended a routine after-work meeting of local leaders, she said the online criticism heated up. “People said, ‘Montana Many Goats is out drinking. Who takes care of her kids?’” she said. “What these people online were trying to do is paint this picture of me as being a drunk Indian who lives off the system. That was the most hurtful thing.”

Although the newspaper’s editor removed the online comments, she felt overwhelmed. “I was ready to just pull myself completely out of the race because I thought, ‘I can’t do this one more week,’” she said. But she stayed in, and came in second in the general election, earning her one of three available seats on the city council. “It was surreal,” she said. “And for Native American people, it finally gave them something to be proud of. “

As the Rural Leadership Field Organizer for the White House Project, Littlewolf travels throughout the state and beyond, training women to run for elected office. Before becoming an organizer, she had attended two White House Project trainings.

The White House Project, a national non-profit organization, works to advance women’s political involvement by helping women fill the “leadership pipeline.” As the name suggests, organizers hope that pipeline will lead to the presidency. The ten-year-old organization has trained over 2,300 women from 15 states.

The trainings teach women campaigning skills, including how to respond to negative attacks, how

to share life experiences with the public, and how to ask voters for their support.Local government in Minnesota remains mostly dominated by male politicians. Only about 27 percent of city council members and 15 percent of mayors are women, according to a study by the state’s Office on the Economic Status of Women.“Women feel really isolated,” Littlewolf. There’s usually a real strong good old boys network.”

Donna Hoffer, a resident of Orr, a rural town on Pelican Lake in northern Minnesota, attended a recent White House Project “Go Run” training. Hoffer, who had previously run for her local school board, said she learned to be more assertive when campaigning. “I’m not a very direct person,” she said. “It was hard for me to think about directly asking someone, ‘Do I have your vote?’ at the end of a conversation.”

Hoffer said that Littlewolf’s political success has being inspiring. “I’m so proud to see her in the position she’s in,” she said. “She’s so intelligent, calm, collected, but can also be a really strong-willed individual. She doesn’t seem to take no for an answer.”For now, Littlewolf said her main issues on the city council include pushing for a greater emphasis on sustainability, and confronting the effects of Gov. Pawlenty’s unallotment.

Many men don’t think about the long-term impact of development projects on low-income people, she said. “It’s just really because their reality is different. They teach me things, and I teach them things,” she said. Littlewolf said she’ll likely run for reelection in two-and-a-half years. “I really enjoy being a leader on the local level in my city,” she said. “I feel like I have a lot of impact there, and can impact changes that are right in front of me.”