A group of survivors from the 2005 shooting at Red Lake High School traveled to Connecticut in late December to offer support to residents of Newtown, who are dealing with the aftermath of a shooting at Sandy Hook Elementary School that killed 26 people.

Ashley Lajeunesse was in 9th grade at Red Lake when the shootings occurred. Ten people, including the 16-year-old shooter, a student at the school, died in those incidents.

"It was a week ago today and still everybody is very sad, just crying tears," Lajeunesse said of the atmosphere in Newtown. "I remember how it felt for us though, the same way we were, tears for about a month before we could actually go out anywhere."

The group also offered the community the gift of a plaque. 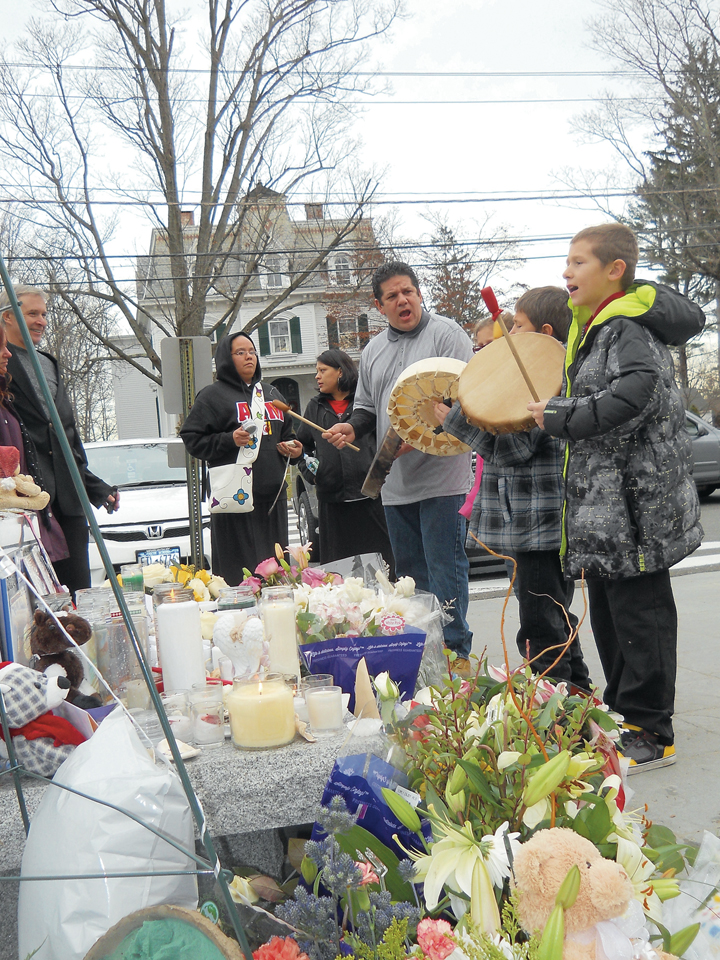 "Jefferson High School gave it to Columbine and Columbine gave it to us," Lajeunesse said. "We brought it here and we did a few songs and made our closing statement that we hope this is the last school it will have to go to."

The former Red Lake students’ journey echoed a trip that survivors of the 1999 shooting at Columbine High School had taken to Red Lake after the shootings there. The Jefferson High School shooting in 1992 claimed the lives of two students in Brooklyn, NY.

"It made us feel very hopeful that we’ll be able to get through it, the students from Columbine really gave us hope," Lajeunesse said. "And that’s what we came here to do, is get this community hope."