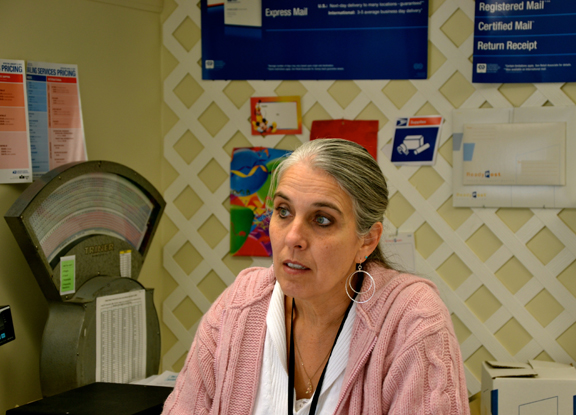 Post offices in Pine Point (Ponsford), Naytauwaush,  Squaw Lake, and Ponemah, Minnesota are scheduled for closure this year as as a result of federal budget cuts. The US Postal Service (USPS) lost $8.5 billion last year, which brings it to the attention of politicians in a time of budget cutting.

The USPS suffered financial losses of $8.5 billion in 2010. One might ask, however… if the USPS is a business or a service in this country, and question the long term costs of the closures.

The US Postal Service (emphasis on the word Service) is, to some of us, basic American infrastructure and yet, is treated as a business. As such, budget savings for post office closures are estimated to be at around $1 billion, while $3 billion will be saved by cutting Saturday services. Layoffs in the largely rural post office closures will result in the loss of 4000 jobs – also a burden to already impoverished communities.

Just to use a comparison, the 2008 Troubled Asset Relief Program (also known as the federal bail out of large banks), cost American tax payers $500 billion in one program, and ended up totalling $l.2 trillion (including some European banks that US taxpayers bailed out). That is why, in part, this post office penny pinching seems particularly ironic.

While email and the internet is seen as the replacement for "snail mail", many rural elderly and Native families do not have internet access. On White Earth, household internet access is estimated at less than ten percent. This complicates things.

The 500 plus residents of Ponsford and the 600 plus residents of Naytauwash already face a number of challenges and obstacles in keeping income, jobs and within the confines of the justice system. Tribal residents on the reservations are generally low income (almost half are below the poverty level), many receive federal or state assistance, and a number are in various negotiations with the state, county or federal  justice departments (on parole or probation). In all of these situations the post office plays an important role.

There are more children living below the poverty level in these communities than elsewhere in Becker and Mahnomen Counties, and there are a higher proportion of people without vehicles, or valid drivers licenses. In addition, many people living in the area, move from the urban area to the reservation tribal community and need stable mail addresses.

"We have a lot of people with multiple families using the same post box," said Kathy Frencha, a postmaster in Ponsford. She also pointed out that many people move back and forth from the Twin Cities to the reservation. French,  estimates that she serves around 220 families, most of them Native.

What does this mean? Let’s start with the paperwork of being poor. Simply stated, it is a lot of work or "white paper" to be poor in this country. Just attempting to get a job, and making sure one is able to respond to prospective employers, requires a valid postal address.

Voting requires a valid postal address, and people need to correspond with agencies, whether social services, justice department or energy assistance. Losing those post offices will be a burden to people who have no other way then the postal service to conduct their business.

People cannot drive elsewhere for mail, and more mail will not be delivered. I used to believe that through wind, snow, sleet or rain, the mail would be delivered. I even watched that Kevin Costner movie, The Postman, more than once, and liked it. The rural post offices should be kept, as the Anishinaabeg of White Earth (not to mention tribal members of Ponemah, Wounded Knee, or Manderson) have enough challenges to meet.

Proposals to replace the post office with a village mail box have been considered by many in Ponsford, but they fear it will put the mail at risk of vandalism. Other proposals, such as putting the post offices in rural stores, may have some benefits.

If the Bank of Scotland could get $84 billion in a federal bail out in 2008 (Bank of America got a slim $91.4 billion) it would seem that the USPS might deserve more of a break. The rural post office closures will save $ l billion, while $3 billion will be saved by cutting Saturday services. Layoffs in the largely rural post office closures will result in around 4000 jobs lost.

For those who oppose the post office closures, there is still time to contact your federal representatives. Or write to the: Post Office Review Coordinator, P.O. Box 7500, Sioux Falls, SD 57117, or P.O. Review Coordinator, l762 l6oth Avenue South, Comstock, MN 56525.