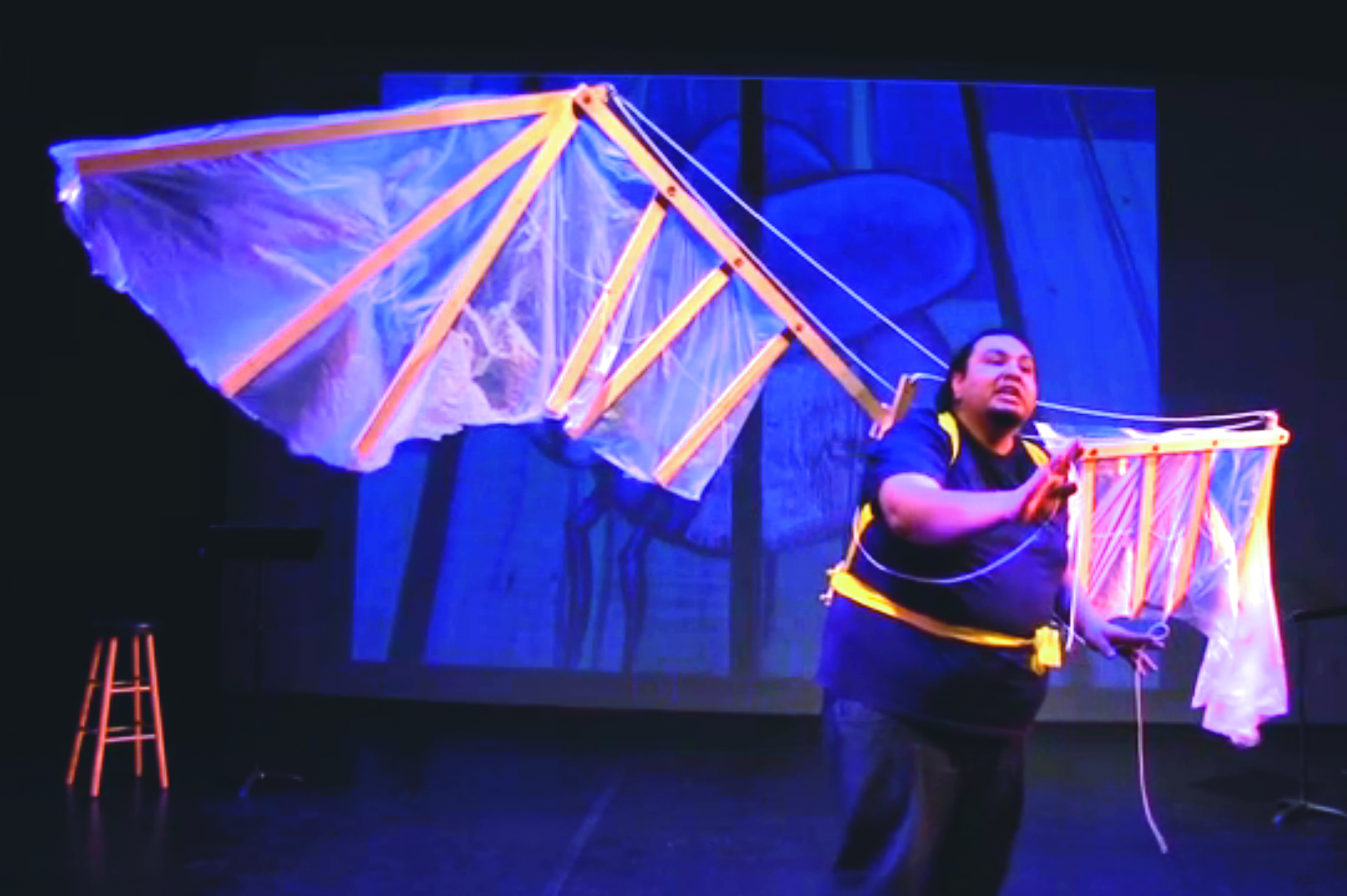 curator of the multi-genre art exhibit and performance Artifact

Traffic, has always been drawn to seemingly disparate forms and

“When I work as a curator, I feel

drawn to those things that traffic contemporary images with

traditional images,” she said. “I love pushing forms against one

another – you’re making all those things create a vibration between

Artifact Traffic was born of the

desire to create this vibration between different forms of art and

brought together Indigenous artists with whom Erdrich had

collaborated over her long career as a poet, playwright, and curator.

“It’s really helpful for us to be

in community, even if we don’t do the same kind of art,” Erdrich

This is especially true for Native

American artists, who are often pressured to make their art legible

to mainstream audiences, sometimes at the expense of their creative

“[Indigenous artists] are asked to

make the experience of being Native people understandable to a

The Artifact Traffic performance was

part of the 13th Annual Indigenous Voices Series, which is sponsored

through a partnership between Pangea World Theater and Intermedia

Arts. This series focuses specifically on Indigenous worldviews and

experiences. The performance brought together a diverse range of

MNdn Arts and each part featured a different collaboration.

“I wanted the audience to witness

Cities and in the region,” Erdrich said. “I wanted them to see it

manifest before them and recognize that there are a lot of

interdisciplinary artists in their communities, maybe people they

didn’t know could do the things that they can do.”

danced within the parameters of themes including ice, bones and liver

Vincent Moniz, Jr. and Erdrich performed their poems to a variety of

visual art and news articles, including live drawing by Andrea

including films of new poetry recited by Louise Erdrich. The

performance was directed by Erdrich and Moniz with Megan Treinen of

The aim of the performance was both

to share common threads of interest across multiple Native

communities and showcase the talented and diverse array of Indigenous

artists living and working in the Twin Cities.

“I wanted people to sense some of

our shared interests and obsessions with image, with popular culture,

with concerns about the environment, and the ability to reach out to

one another across cultural differences, even in the Native

The performance ran from November

15-17 at Intermedia Arts in Minneapolis.