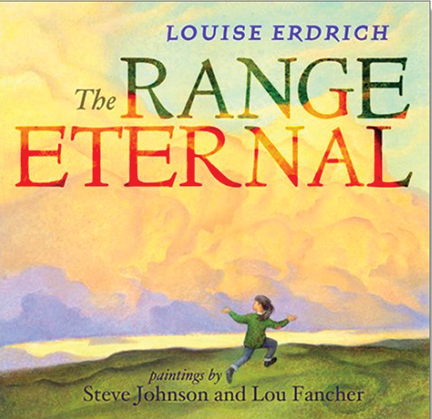 Two children’s books aimed at different age groups encourage resilience and confidence when facing adversity. In each book, American Indian parents play key roles in supporting their children, and preparing them for an adulthood where they can flourish. The books are “The Range Eternal” by Louise Erdrich (University of Minnesota Press, Oct. 2020), a picture book reprint, and “The Boy From Pickerel Lake: A Dakota Story” (Black Bears/Blueberries Publishing 2020).

The stronger message about overcoming adversity, fear and bigotry is in “The Boy From Pickerel Lake,” which is based on the true story of a superior student basketball player set in the 1930s. Throughout his life, author Steve Barse (Kiowa-Wichita-Dakota) heard stories from his father, Harold Barse, about Harold’s love and talent for basketball. Later Steve did research on his dad and grandparents, which was published as this fictionalized biography. In the book, the protagonist is named Bill Sheldon who was raised in a large family on the Lake Traverse Reservation in South Dakota.

The plot will be recognized by American Indian readers who have or had family members who were forced to attend boarding schools. Two Flandreau boarding school employees showed up at the Sheldon home with news that the three youngest Sheldon children would soon be placed in a boarding school.

Bill was the youngest child, and recently discovered his athletic ability while attending a white public school in Waubay, South Dakota. The family moved to Waubay, hoping that attendance at the non-reservation school meant the children would not be forced to attend boarding school. It didn’t work. Bill had good grades and strong encouragement from the Waubay basketball coach to pursue his talent, but neither mattered. With great reluctance, he traveled to Flandreau with his siblings. Once at the school, the children were separated and not permitted to speak Dakota. 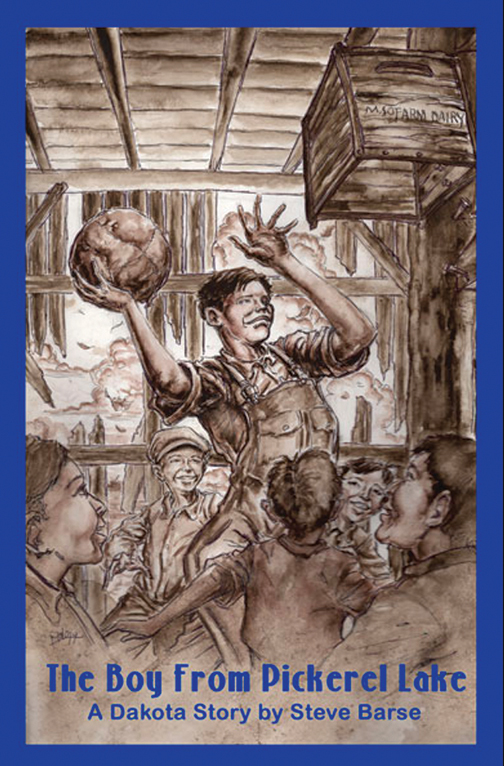 Nonethless, Bill’s natural athletic ability and good looks made him popular. Envious boys beat Bill up and he grew to be constantly on guard against a fight. With the first opportunity, he caught a ride home and vowed to never return to Flandreau. His father defended that decision after hearing of his son’s struggles. Bill re-enrolled at the Waubay school, again earned superior grades and excelled on the team. Again, his teammates were jealous and he had to endure racial slurs and violence, but he led the team to championship wins and may have changed a few minds about the ability and character of American Indian student athletes.

“The Range Eternal” is for very young children. Its artwork by Steve Johnson and Lou Fancher is every bit as much for adults. Gorgeous pictures accompany the story of a wood-burning stove in a Turtle Mountain home, and an imaginative little girl. In the cold winter, the stove is the heart of the home, heating the long winter nights, cooking the delicious soups, bread and oatmeal made by Mama, and providing a window into a magical place of wildlife. This lyrical story mentions Windigo, the ice monster, who cannot harm the family thanks to the wood-burning warmth of the Range Eternal.

“The stove was constant, saving me,” Erdrich wrote. “The monster’s snow fingers could not grasp through its heat.”

Both books focus on family support and love, overcoming fear, and growth.