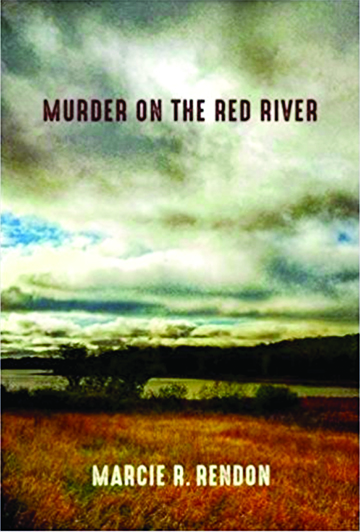 In “Murder on the Red River,” Marcie Rendon wrote the kind of book that will bother you when you need to put it down and do something else. You’ll be bothered until you start reading again and move closer to who did what to whom and why. Woven nicely through the whodunit, set in northwestern Minnesota, is beautiful language about the land of the Red River Valley, hard truths about Indian children in the foster care system, and a compelling story about Renee “Cash” Blackbear and a Minnesota sheriff. Set in the era of the Vietnam War, this is Rendon’s first book for adults, which surprised me. The story is so well crafted and told that you would presume the White Earth Reservation enrollee had published books like this one all her life.

Cash, 19, is a “girl kid farm laborer” who in August, drove a grain truck from sun up to sun down. She’s a tough, smart survivalist, traits honed from a childhood in the foster care system from age three. Her alcoholic mother crashed a car with her children inside. That led to years of foster family placement with usually cruel adults who viewed Cash as cheap labor. A sheriff befriended Cash from the time she was a toddler and with time, became a protective father figure and close friend.

The two find themselves in a Minnesota field one morning with two FBI agents and the body of a murdered Red Lake Reservation enrollee. Sheriff Wheaton can’t look for answers on the Reservation since the county has no jurisdiction there. Besides, no Red Laker will probably talk to him anyway, he tells Cash. Wheaton urges Cash, a White Earth enrollee, to nose around for clues.

Before driving to Red Lake, Cash has a kind of vision about a gravel road, a road stand featuring birch bark baskets with pine cones, and a group of young siblings. She trusts her instincts that the meditation will lead to answers, drives the 135 miles to Red Lake and finds the home belonging to the dead man and his wife. Cash meets the woman and breaks the bad news. The bereaved wife falls apart, starts drinking alcohol as Cash leaves, and drinks herself to death, leaving seven children behind. The two youngest go to a relative’s home, and the remaining five hide in the woods.

Out-of-home care for American Indian children is a running theme through this book as we learn the history of forced assimilation through the removal of children from Indian families. Cash is placed in non-Indian farming families where she served as a household indentured servant or field hand. She was beaten and abandoned and now as an adult, turned to alcohol and chain smoking. She’s warned that all those Budweiser beers will kill her someday, but gave little thought to the advice.

Cash’s world consisted of driving truck, cigarettes and alcohol, and playing pool at local watering holes. She’s a champion player, and plots her moves in pursuit of the killer in the same way she plots her moves on a pool table. Rendon paints a sympathetic protagonist who is far from any goody two shoes, but functions from a moral compass that demands the protection of children and putting away the bad guys.

In the pursuit of both, readers learn about the land and its impact on people who make a living off it. Rendon wrote: “It was the land, this Valley, she felt the closest to. The land had never hurt her or left her. It fed and supported her in ways that humans never had.” The small town residents ridiculed the farmers who stood in their fields, stomping on dirt clods and scanning the horizon. Rendon wrote this of the farmers: “Town folks thought they were stupid because they didn’t talk much. Cash knew – because she knew – each of them heard the land, felt the rhythm of the seasons.”

The books is not an easy read in parts, but what would we expect? Cash was one of very few women who made a living as a truck driver. And she was Ojibwe in a community that didn’t always appreciate Indians. She stood up to bigots, did her job well and gained grudging respect from the white men she worked with. In pursuit of the killer, she displayed intellect, cunning and courage.

Cash’s talents are especially evident to the sheriff, who reminds Cash that she didn’t have to work farms all of her life. If Cash gave that any consideration, she didn’t let on. What she cared about deeply was the fate of the orphaned children, and assisting Wheaton in finding the killer or killers.

You can’t help but care about Cash, and wonder where the next phase of life takes her. Yet the children’s future, and Cash’s future, aren’t clear by the final chapter. Read this book and I think you’ll agree that Rendon needs to write a sequel.

Marcie Rendon is a mother, grandmother, writer and occasional performance artist. She received the Loft’s Inroads Writers of Color Award. Her children’s book, “Pow Wow Summer,” was reprinted by the Minnesota Historical Society Press in 2014.