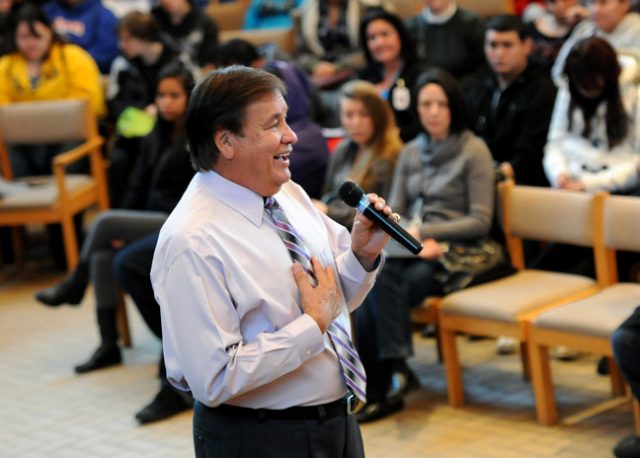 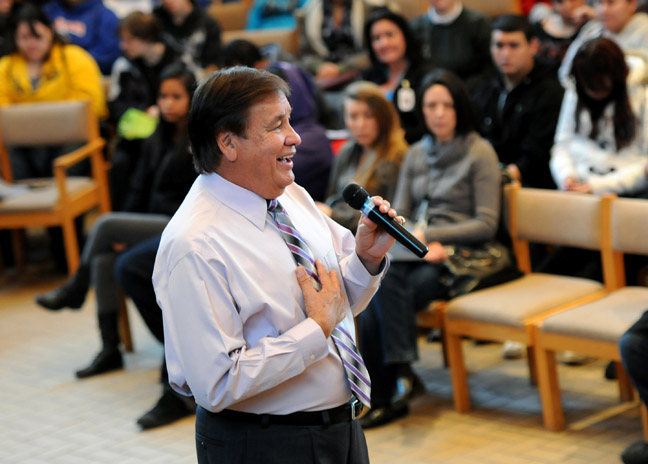 Billy Mills, also known as Makata Taka Hela, is the second Native American to win an Olympic gold medal. He won in the 10,000 meter race at the 1964 Tokyo Olympics. He is still the only American to ever win an Olympic gold medal in this event. His 1964 victory is considered one of the greatest Olympic upsets. A former United States Marine, Mills is a member of the Oglala Lakota (Sioux) Tribe. 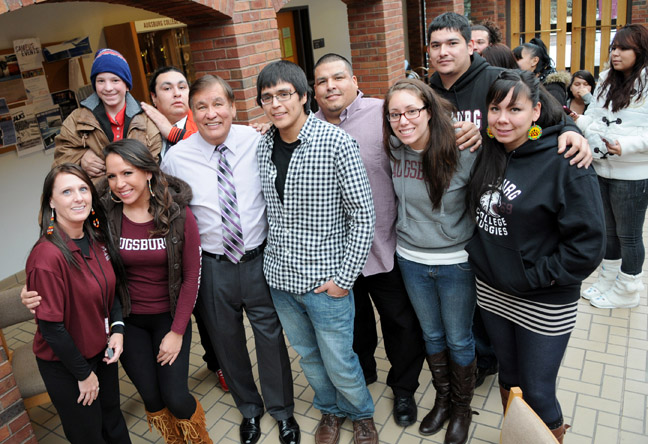 About 250 students from a number of metropolitan school districts attended the event, including students from Minneapolis, St. Paul, Robbinsdale, Anoka, Centennial, Osseo and others.

During his presentation Mills shared lessons he has learned throughout his life. He interwove those lessons with stories from his personal life, including about growing up an orphan by age 12, going to Haskell Indian Boarding School, being in the U.S. Marines, training for and competing in the 1964 Olympics, and from his extensive world travels.

o It is the journey, not the destination, that shapes our lives.

o Life is choreographed by the daily decisions we make. 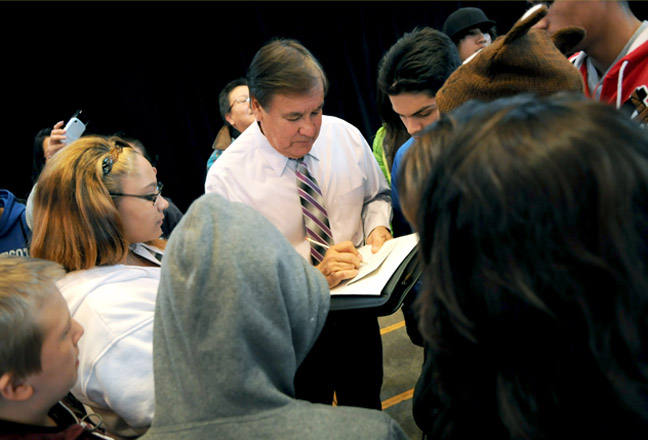 o A true sense of unity with others can emerge from connecting to diverse peoples from throughout the globe.

oPracticing the values of traditional Lakota ways – bravery, fortitude, wisdom and generosity – can help you achieve your dreams, and can heal a broken spirit.