A Conversation with Eve, Winona and

“Until we can trust our own

hearts, we cannot have a revolution.”

throughout the auditorium at the Women’s Club in Minneapolis on

Feb. 17 as Honor the Earth, One Billion Rising and Women’s Congress

partnered to organize a powerful discussion: Extreme Extraction and

The conversation centered around the

disregard for the planet and natural resources by major oil

corporations and how it directly correlates to the violence

experienced by Indigenous women in North and South America.

The panel conversation not only

engaged those who attended but empowered every individual to action,

because the issue of violence against Native women belongs to

everyone. The evening was filled with revolutionary imagery, music, 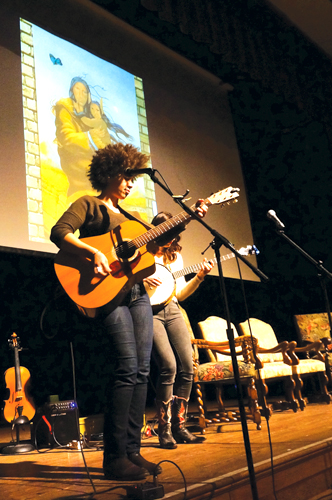 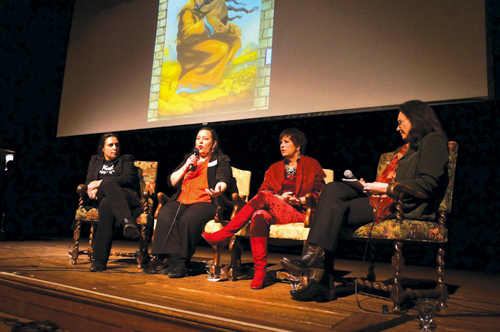 her songs. (Photo by Deanna StandingCloud)

and Louise Erdrich deliver a powerful panel discussion about

environmental justice and it’s connection to violence against 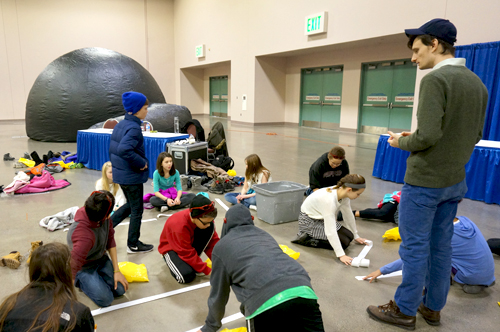 participate in an Indigenous Star Knowledge lesson in a portable

for Native students in Minneapolis in recognition of their