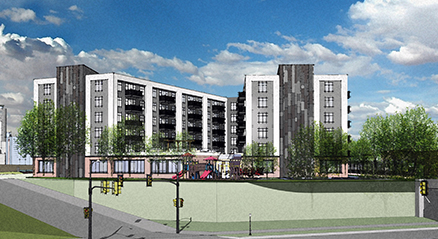 The Red Lake Nation announced in mid-August that it will develop a former hardware warehouse site in south Minneapolis into a large housing and service complex on the east edge of the American Indian Cultural Corridor. This will expand both its tribal business ventures and services to its members and their descendants.

“We recognize there is an affordable housing crisis in Minneapolis,” said Justin Beaulieu, chief executive officer of Ogaakaaning Enterprises, the tribally owned holding company and management firm for Red Lake businesses. “This is one of the properties we’ve been looking at so it’s not a one-time thing.”

Where this goes in years ahead is uncertain. It does, however, provide a textbook example of how community development strategies with multiple bottom line goals differ from single bottom line investment strategies usually associated with real estate developments and investments. The project will help diversity Red Lake’s portfolio of business holdings and at the same time it will provide affordable housing and services for away-from-home members of its community and their nearby neighbors.

The project needs to be sustainable while it addresses affordable housing problems, Beaulieu said. But, he added, “We don’t need to make a ton of money” while reaching out to provide a valuable service.

The planned housing development, preliminarily named “Mino-bimaadiziwin,” or “living the good life” in Ojibwe, will contain 115 large apartments for families in upper floors with retail and service space below that will likely include a health clinic and the Red Lake Urban Embassy that is now located in the Cultural Corridor.

Construction work is planned for 2018, the Red Lake Band said in its announcement. This follows the expansion of existing affordable housing in the American Indian Cultural Corridor scheduled to open this fall. It is a $10.5 million project by the American Indian Community Development Corp. (AICDC) and its nonprofit partner, Project for Pride in Living (PPL) that adds 32 such apartment units to the Anishinabe Bii Winn development at 1600 19th St. S. in Minneapolis.

Both housing and business and retail space are squeezed along Franklin Avenue and the Cultural Corridor. “You can’t find land anywhere along here to develop and create new businesses,” Michael Goze, chief executive officer at AICDC, said in a May edition of The Circle. “We replace, or recycle, retail space. We don’t create more.”

The Red Lake project addresses some of these spatial and demographic problems in and around the Cultural Corridor on the near south side of Minneapolis.

In the Red Lake Nation’s announcement, as reported in the Bemidji Pioneer (Aug. 16),  the 17,367 square-foot warehouse site selected for development was described as being 200 feet from the Franklin Station convenient to the Blue Line light rail system. Located at 17th Avenue South and Cedar Avenue, it is just east of where the squeezed American Indian Cultural Corridor begins. While adjacent, the development site is in Minneapolis’ Seward Neighborhood while the Corridor is in the city’s Phillips Neighborhood.

Beaulieu said the neighborhoods around the Cultural Corridor are desirable for people wanting access to cultural events and proximity to jobs and transit. The large, new Somali immigrant and refugee population, for instance, mostly lives nearby.

Minneapolis is the largest urban population center for Red Lake members and descendants. “The Red Lake Band has developed a national reputation as a tribal housing leader, and we have long sought a way to extend our affordable housing efforts to our members who reside in Minneapolis,” said Samuel Strong, the Red Lake director of economic development, in the initial announcement.

“By providing a self-sustaining source of affordable housing for our people, Mino-bimaadiziwin will also generate revenue for the Band that we plan to reinvest on the reservation,” Strong said in the announcement. That further explains the balancing of multiple bottom lines for community development.

All these ventures carry out what business professors, sociologists and others call multiple bottom line agendas. In its background section of its website, the tribal businesses note the Red Lake Nation Tribal Council adopted a Ho-Chunk Nation business model in 2011 that separated the business holding company from the tribal government organization.

This model, known as the “Total Approach” model, has proven successful and is the leading model throughout Indian Country, the Red Lake site claims.

Ho-Chunk Inc. operates more than 30 subsidiaries in a wide range of industries in 10 states and four foreign countries. It has more than 1,400 employees. Housing is the Ho-Chunk’s second largest business sector.

The nine Red Lake businesses have 217 employees, not counting casino and hospitality employment; and a customer base estimated at 10,000 people.