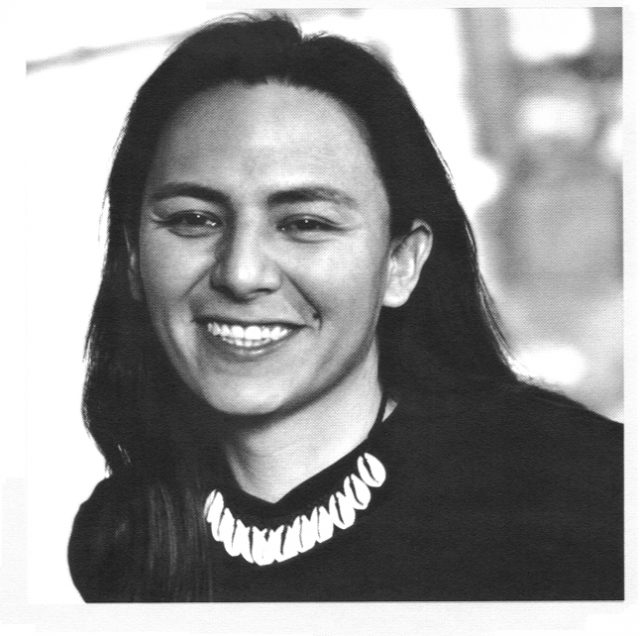 May is Native American Month. It’s

our month to celebrate everything it is about being Native. It’s a

time to educate America about who we are. It’s a time to reconnect

those who may be disconnected. It’s a time to strengthen our

connections to the vibrancy of who we are. It’s an important time

to recognize the resiliency of our people. It’s a time to honor the

generations of people who came before us. It’s time to recognize

our strength. It’s time to recognize our ability to survive at any

I inherited shame about being Native.

Not deliberately, but as a consequence of assimilationist policies

and the environment my parents grew up in. They believed they were

helping me integrate into mainstream society. They believed they were

protecting me. They believed they were saving me from a profound

identity development. It was from TV shows, movies and stories that I

saw that Native people, alcoholism and poverty were similar. In my

effort to overcome these stereotypes I attempted to be anything, but

those images. As an adult, I came to understand these issues are a

product of centuries of assimilation and the colonization that

occurred to our people. It would be our traditional practices that

I’d find the source of pride.

Developing a sense of cultural identity

in an environment that doesn’t want to recognize you is difficult.

When blatant racism surrounds you, it makes it difficult to want to

rediscover it. I’ve been lucky to meet people who taught me pride.

It was their encouragement that I re-engaged with my cultural

identity. They taught me this was essential. They would sit patiently

listening to my struggle with internalized racism I was having about

being Native. They’d lovingly correct me. They’d remind me of the

beauty of being Native. They were there to affirm my process of

When I went to college I did it in an

attempt to become anything but who I was. I left the reservation for

a better life. Yet, it was lessons of the reservation that have

As an adult, I came to understand my

society was focused on eliminating everything Native, Native-ness,

Indian, Indian-ness and tribally. They were taught being Native was

bad and having an American identity would help them. Yet, the

conflict was that at our core, we will always be Native.

I did come to learn that although my

parents weren’t involved in our traditional ways, they maintained

those teachings in their thinking, in their behavior and their

approach to the world. This was helpful to me when I returned to

getting involved in our way of life.

My parents spoke Lakota to one another;

it was their language. Aunts, uncles, cousins and other relatives

would speak Lakota around us, but didn’t directly teach us. As an

adult, I learned to understand Lakota because many of our traditional

ceremonies were done in Lakota. It was then that my parents stepped

forward to help me.

Unconsciously we inherit pain and we

pass it along, unless we heal from it. All of the pain and loss about

hiding being Indian is still felt. We crave for a connection to a

community of people who can affirm being Indian. Generations of our

they knew how for centuries. Sometimes what they used to cope with

this devastation wasn’t good (alcohol and drugs). It’s been my

experience that once they reconnect with our culture then they heal

without using chemicals. They learn pride.

I met other people who had similar

experiences about being Native as I did. I also met people who were

Native. They became my teachers and I came to understand that our

community. We exist along a continuum.

I’m immensely proud to be from

incredible, determined people. I realize that not everyone may be

there because they are in their own place of reconnecting and

healing. It’s essential to realize that we do not all look the same

cause there are some of us who have blonde hair, blue eyes to kinky

hair, dark skin to long hair, brown skin. Even within our Native

community there is diversity.

The month of May is Native American

Month, but for me and many of you, every day we are filled with pride

about who we are. Let’s keep it up and help those along who may be

lost. Every one of us is important and essential. We always have