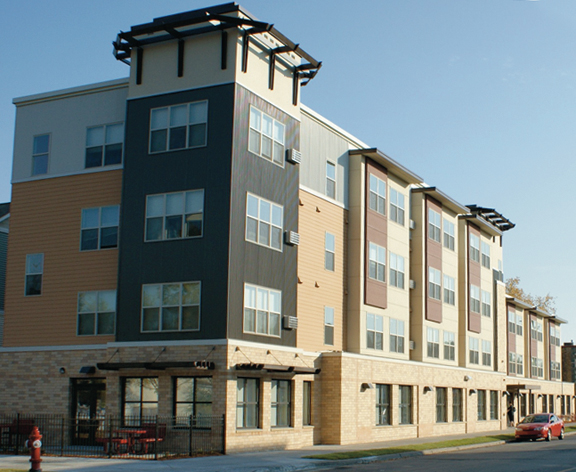 The American Indian Community Development Corporation (AICDC), in partnership with CommonBond Communities, has completed the Bii Di Gain Dash Anwebi (Come in and rest) elders housing project, which  opened its doors to residents on September 28. Funded by a $6.78 million grant from the Department of Housing and Urban Development under HUD Section 202, the project was designed to provide elders 62 years of age or older with quality, affordable housing.

"Our elders deserve more than what was available," said Michael Goze, President and CEO of AICDC.

The initiative began in 2010, when AICDC collaborated with Inter-Tribal Elder Services (ITES) to reach out to elders in south Minneapolis’s Native community. A market feasibility study conducted through the Bii Gii Wiin Community Development Loan Fund revealed that many elders are paying up to 70% of their net income for housing and that there was a need for 600 affordable elders apartments within the south Minneapolis area. Through the subsidies at Bii Di Gain Dash Anwebi, elders that make 50% or less of the city’s mean household income are required to pay only 30% of their income in order to rent a new apartment. 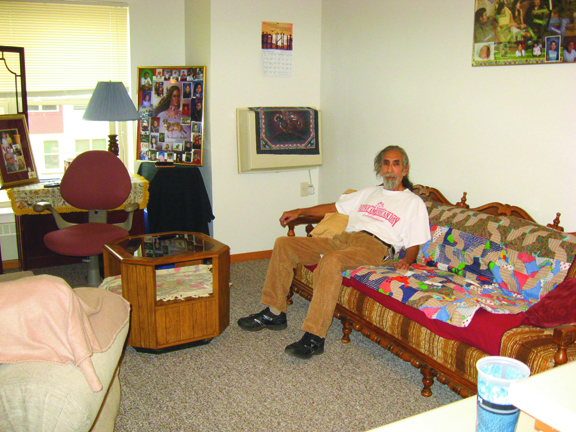 As Goze attended meetings and collected feedback, he learned that the same factors that cause many Natives elders to become impoverished or homeless, such as a criminal record and outstanding rent or utility debt, may have also barred them from renting at Bii Di Gain Dash Anwebi. Under HUD 202 regulations, applicants must pass background and credit checks before they are eligible to rent an apartment.

"I realized I might be building a building that I wouldn’t be able to put the people I wanted to in because of the rules," said Goze.

In order to remove these obstacles, Goze hired attorney Shirley Cain, who was able to begin the process of helping applicants clear eviction notices or unlawful detainers, expunge felony charges, and pay outstanding debt so they would be eligible for housing opportunities. To date, two elders have been helped by AICDC to expunge their records, and more are taking part in expungement seminars through Hennepin County to work toward that goal in the future.

Karen LaRose, a housing specialist with AICDC who has worked on coordinating the expungement process for elders, said that such efforts have made a tremendous change in people’s lives.

"He’s been held back by it his whole life, and it’s like he’s a new person," she said of one resident who has succeeded in getting his record expunged. 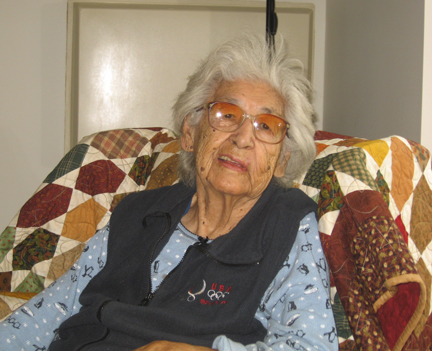 Although the 47 – one bedroom apartment buildings on Bloomington Avenue and 24th Street were open to applicants of any background, AICDC recruited heavily in the Native American community. LaRose and the program’s other housing specialist Diane Grooms called elders and followed up with home visits, often providing transportation to make sure the applicants made it to the required interviews and appointments. In all, 32 of the apartments are currently being rented by Native American individuals or couples.

"We’re very fortunate to be the position to help all our wonderful elders get affordable housing here in the community," said LaRose, who is also a tenant at Bii Di Gain Dash Anwebi.

Many of the residents are thrilled with their new homes, most of which were furnished by Bridging furniture bank through grants from New Horizons Food Inc. and the White Earth, Leech Lake, Red Lake, Bois Forte, and Shakopee Mdewakanton Sioux Community tribal governments.

"This is a big improvement from where I was living," said Arnold "Wayne" Martin (White Earth Ojibwe). "It was just a really small sleeping room, but now I feel like I’m living in a mansion."

"I feel more safe and secure than I’ve felt in the last 20-30 years, wherever I’ve lived," she said. "My plan is to live here until I am no longer on this Earth, if it stays quiet and comfortable."

"I’m going to be exploring with elders what their priorities are and helping them stay independent as long as possible," she said. "The community needs them as much as they need the community."