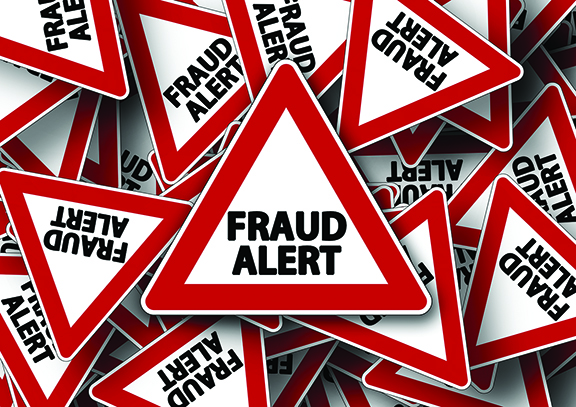 The holidays are a season of giving for most people, but scam artists increasingly turn it into a season of taking.

Native elders may be especially vulnerable this Christmas, say scam watchers and service providers, in part because many live in remote areas on or near tribal nations’ properties and are highly dependent on landlines for telephone connections.

This is certainly true in rural parts of Minnesota where there are still “dead spots” for cell phone coverage, said Barbara Beaulieu, executive assistant to the chairman at the Red Lake Ojibwe Nation.

That is changing, but not necessarily for the better, said Jacque Gray, PhD (Choctaw and Cherokee descent), an associate director for indigenous programs and a research associate professor at the University of North Dakota School of Medicine and Health Sciences, at Grand Forks.

“They (the scammers) are hitting the cell phones now as well,” she told The Circle.
No question about that. What makes a difference for Native elders, however, is that a long in-service landline telephone number is a signal to scam thieves that the home telephone serves a senior citizen.

All senior citizens are subjected to targeted attacks. They may, however, hit Native American elders disproportionately because it is generally assumed they are more dependent than the general population on long operating landlines.

Scamming elders can be done in various ways often starting with the so-called robocalls where your number is called and you receive a recorded message. You confirm that your phone is a working number for scam by simply answering the call.

The tactic most on the rise in 2019, however, is the use of spoof calls. These are calls that falsely show names and numbers of people you may know on caller ID devices. For instance, someone or some group claiming to be Lee Egerstrom calls this writer five times over two days early each month.

Doug Shadel, a writer and researcher on fraud for the American Association of Retired People, wrote in the October/ November edition of the AARP Magazine that he will no longer believe any caller ID name or number. At a recent presentation on phone scams, he and a colleague showed how easy it is to falsify identities with inexpensive and easy to obtain telephone spoofing apps.

Shadel’s helpful article appears to have encouraged media from the Wall Street Journal to the Los Angeles Times to bring greater seasonal awareness to how scam artists are working the general public and especially the elders this year.

Gray recently stressed that Native elders are often victims of these schemes in a presentation to tribal and indigenous organization leaders that was hosted by the Seminole Nation in Florida. Patina Park, president and chief executive of the Minnesota Indian Women’s Resource Center (MIWRC) in Minneapolis, was a participant at the conference and said Gray raised awareness that Native groups’ must work to help protect vulnerable elders.

In her various positions, Gray serves as principal investigator and director of the National Indigenous Elder Justice Initiative (NIEJI) that is housed at the University of North Dakota. It works to create ways to combat elder abuse within American Indian, Alaska Native and Native Hawaiian communities.

It was created “to address the lack of culturally appropriate information and community education materials on elder abuse, neglect, and exploitation in Indian Country,” NIEJI explains on its website. Further, it notes that most cases of abuse go undetected, under reported and unresolved, resulting in injury, financial decimation “and even death.”

On exploitation, scams involve theft, fraud, misuse or neglect of authority to gain control over an elder’s assets, NIEJI said. There are warning signs that family members and friends should watch for, including: Sudden change in finances and accounts, altered wills and trusts, unusual bank withdrawals, checks written as loans or gifts, and loss of property.­­

Scamming, or exploitation of elders, is a personal source of abuse for Gray, she told The Circle. Gray has relatives who were victimized by the so-called “grandparent scam,” or relative-in-distress scam as it is also known.

In this fraud scheme, scammers claim to be a grandchild or other relative who is in trouble somewhere. The grandparent or family friend is instructed to send money or transfer financial information that will help the loved one get out of jail.

Like many of the tricks targeting Native elders, this usually starts with spoofing.

The Federal Communication Commission (FCC) describes that as deliberatively falsifying identifies that show up on caller ID displays. “Scammers often use neighbor spoofing so it appears that an incoming call is coming from a local number, or spoof a number from a company or a government agency that you may already know and trust. If you answer, they use scam scripts to try to steal your money or valuable personal information, which can be used in fraudulent activity,” the FCC warns on its website.

AARP’s Shadel points out that spoofing equipment now allows callers to distort their voices to sound more like a relative or friend.

Variations of this scam are employed to cover a wide range of topics important to elders.
The National Council on Aging has a list of the top 10 scams directed at the senior population. They include: Medicare – health insurance scams, counterfeit prescription drugs, funeral and cemetery scams, fraudulent anti-aging products, telemarketing / phone scams, Internet fraud, investment schemes, homeowner / reverse mortgage scams, sweepstakes and lottery scams, and the already mentioned grandparent scam.

Again, where Native elders may be especially vulnerable, most of these attacks start with spoofing on the telephone or with “phishing” on the phone Internet. Regarding phishing, that is sending calls or emails supposedly from reputable companies or government agencies to get people to reveal personal information, including passwords, credit card numbers and bank account numbers.

Phishing scams look legitimate and usually asks the elder to “update” or “verify” financial information. This opens doors to have money stolen from accounts or credit cards.
For many families, the holidays may be a good time for a family discussion to help elders avoid these scams.