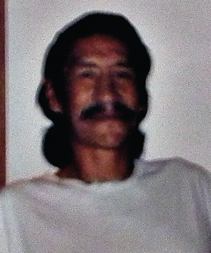 This month marks the third anniversary of the violent assault and murder of Saint Paul resident and Native American community member Richard Vincent Brown Senior. The case is still under investigation by the Saint Paul Police Department, leaving Brown’s family with more questions than answers.

"I don’t just want to sit here and guess about it," said Emma Geyer, Brown’s mother, in regards to the case. "It’s driving me crazy."

Brown’s family members feel that they have been neglected by the Saint Paul Police Department and are not kept adequately informed as to new developments with the case.

"What are the police doing? Why aren’t they at least keeping us informed?" said Chris Paul, Brown’s adoptive brother. "I understand it can take years to figure out the who and what, but just let us know what’s going on in the meantime. To me that would be a huge courtesy, so that we’re not sitting here thinking that you’re absolutely not doing anything at all."

Geyer and Paul say that neither they nor other families members they know of have been interviewed by the police in connection with the case. They also say that they have never received a written report of any kind from the police. They speculate that the case is not a priority because Brown was Native American and homeless.

"That’s happened to a lot of Indian people, though. They don’t investigate anyone. I know how people think – ‘oh, we don’t care. He’s just a nobody,’" said Geyer.

John Wright, the officer investigating Brown’s murder, was unable to comment on the case because it is still open. However, Sergeant Paul Paulos, a Public Information Officer with the Saint Paul Police Department, was able to speak generally about the homicide investigation process.

"In certain cases like this, we really need to keep the integrity strong in the process leading up to charges," said Paulos.

Because of his limited ability to share information specific to the case, Paulos could neither confirm nor deny Brown’s family’s claims. While families do not have access to detailed  police reports, they may request a public narrative which contains very limited information about the crime. According to Paulos, there is no formalized process whereby investigators notify families about an ongoing homicide investigation.

"We have something that’s rather unique here, that the investigators actually develop a relationship with the family," said Paulos of the Department’s homicide detectives.

"From what I know about investigators, they never pend a case. Homicide cases don’t die. They may go off to the side for a little bit and be stagnant, but they’re always alive," said Paulos.

Brown was the only Native American victim in 43 deaths that have occurred in Saint Paul in the past three years, according to data released by request from the Saint Paul Police Department. Paulos reports that the case has been submitted to the county attorney.

Paulos was unable to comment on the identities of the possible suspect or suspects. However, according to a homicide files blog post by City Pages, five men were arrested "on probable cause of first-degree assault" the night of the incident. Two of the men were underage at the time, and all five are Native American. Geyer and Paul say that these men were held overnight by the police before being released.

Brown was beaten to death at a party attended by at least a dozen people at the La Quinta Inn and Suites at 1870 Old Hudson Road in Saint Paul on January 21, 2010. Geyer and Paul say that there was evidence of alcohol use at the party. Police reports indicate that an argument broke out between Brown and others that escalated into a violent confrontation.

Geyer says that Brown was "brain dead" by the time medical professionals arrived on the scene. He passed away the next day at Regions Hospital due to severe head injuries. Brown was fifty years old.

"When I saw him at the morgue, I couldn’t even recognize him," said Geyer. "He was all swelled up and black and blue. He had a burn scar on his hand that happened when he was just little, so that’s how I recognized him, because I couldn’t tell by his face."

In addition to his mother and brother, Brown was survived by a son, Richard Vincent Brown Junior. Despite struggling with homelessness, poverty, and alcoholism, Brown was a talented artist whose preferred medium was charcoal drawings. According to an article published by the St. Paul Pioneer Press, he began to show his work at local art venues in Minneapolis shorty before his death. Brown and his family are originally from Rainy River First Nations Ojibwe in Ontario, Canada, where Brown’s remains were laid to rest.

After three years of waiting and attempting to navigate the legal system, Brown’s family hopes for justice and closure for the crime that caused the death of their loved one. At the time of writing, Geyer and Paul have not been informed by the Saint Paul Police Department that the case is on file with the county attorney.

"I hope they have their day in court. Somebody has to pay for this," said Geyer. "Richard wanted to live just like any other person."

To share any information about the incident leading up to Brown’s death, contact the Saint Paul Police Homicide Unit at 651-266-5650.