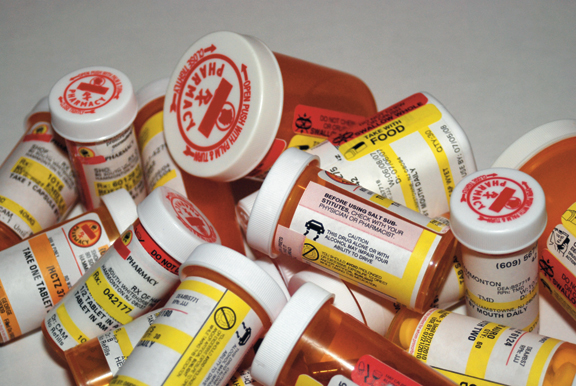 The Native American Community Clinic (NACC) has recently changed its policy regarding the prescription of narcotics for chronic pain.

The new policy went into effect the second week of March and NACC staff posted a letter in the clinic lobby to inform patients. The letter states that the change was made “due to regulations at the level of the drug enforcement agency” and outlines that the NACC “will no longer provide new prescriptions for narcotics for chronic conditions.” Some health care professionals feel this represents a move toward more responsible pain management, while others feel it is tantamount to refusing to treat patients with chronic pain.

Dr. Kari Rabie, the Medical Director of the NACC, said that the impetus for the change was the theft and abuse of a nurse’s Drug Enforcement Administration (DEA) number by a NACC  patient, who used it to order multiple prescriptions of narcotics. A DEA number functions as a health care professional’s signature and is required in order for new prescription to be filled at a pharmacy.

“He was very clear that he would prosecute us if we did not write our DEA number on our prescriptions – it’s law that you have to write your DEA number on prescriptions for controlled substances,” said Rabie of a DEA agent who spoke with NACC after the theft. “So we changed our policy and said no more narcotics for chronic pain.”

However, Rabie says the decision goes beyond potential legal repercussions for the clinic. “The thinking around narcotic pain and appropriate treatment is that narcotics are not appropriate for chronic non-terminal pain,” she said. “We don’t have the resources to do the workup that is required and the treatment alternatives that would really allow us to monitor that prescription of chronic pain medication.”

Rabie also points to the growing concern about prescription drug abuse as a motivating factor for the creation of the new policy. In 2011, the CDC reported that deaths involving opioid overdoses have increased by 250% since 1999, with over 15,500 prescription drug overdose deaths occurring nationally in 2012.

“I think that flooding the community with narcotics that aren’t necessary is harmful,” said Rabie.

A former NACC employee, who prefers to remain anonymous, feels that this blanket approach is not effective at preventing prescription drug abuse and instead penalizes patients with legitimate pain management issues. “I just don’t think anybody should have to live in pain,” she said. “If a doctor has the documentation backing up why they should be giving somebody pain meds, no one is going to question them about that.”

She also says that offering patients medication as an option for treatment does not preclude the clinic from referring patients to specialists for other therapies, such as counseling and physical therapy. “It’s not an either or situation – you can refer people to other modalities,” she said.

Dr. Patrick Rock, the CEO/Medical Director of the Indian Health Board (IHB), said that specialist referrals are an important part of helping patients to manage chronic pain. “We’ve always utilized the pain specialists as an opportunity because we’ve felt that to do a better job of addressing patients’ pain, they need to be seen and helped by a group of providers,” he said.

IHB does not have a specific policy regarding the prescription of narcotics for chronic pain and makes those decisions on a case-by-case basis following pain management guidelines. “We haven’t drawn a line in the sand as to how we’re going to do things in the future,” said Rock. “We understand the balance of providing good care and covering patients’ pain, because it is real, and on the other hand not supporting non-medical use of prescription medications.”

Chronic pain management, opioid prescriptions, and non-medical use of narcotics are all issues being reexamined on state and national fronts, both at the legislative and individual clinic guideline level.

The issue of limiting opioid prescriptions is further complicated among low income communities and communities of color. In 2008, an article entitled “Trends in Opioid Prescribing by Race/Ethnicity for Patients Seeking Care in US Emergency Departments,” published by the American Medical Association, found that “physicians actually prescribe differently to whites than to nonwhites.” Their findings “invoke a true disparity in prescribing, with differential under-treatment of pain in minority patients.”

In February of 2013, the American Academy of Pain Medicine released a report entitled “Use of Opioids for the Treatment of Chronic Pain.” In it, the Academy acknowledges that “there is currently no nationally accepted consensus for the treatment of chronic pain not due to cancer.” However, they note that “the trend is to adopt laws and guidelines that specifically recognize the use of opioids to treat intractable pain,” even for patients with non-terminal conditions.

The report recommends that physicians prescribe opioids when “more conservative methods are ineffective” and  minimize the risk of addiction and other negative potential effects of the medications. At the same time, they state that “legislation and regulatory policies should limit inappropriate prescribing but should not discourage or prevent prescription of opioids where medically indicated and appropriately managed.”

The broad scope of issues involved makes chronic pain management a difficult balancing act for health care providers. “There is a balance of practicing safely and making sure that patients are treated well and fairly but also not running the risk of providing unsafe practices to your patients,” said Rock.

Rabie hopes that NACC patients interpret the policy change as indicative of the staff’s concern for their well-being. “I hope our patients understand that we’re trying to give them the best possible care we can, and I don’t think throwing narcotics as a band aid on a problem is actually caring for patients,” she said.