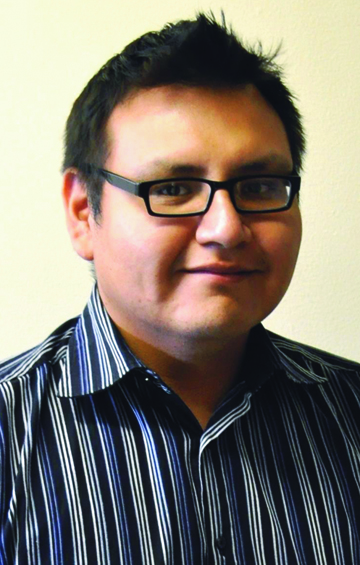 Fear is a powerful motivator. It is

built with experience, it tells us when to avoid potential danger, it

ways of life. However, fear can limit us not just in what we can

achieve, but even from the attempt at reform.

Vizenor discussed the gag-order issued by the tribal council on

from printing any more information or updates on the Constitution of

The Secretary/Treasurer for White

Earth Nation, Tara Mason, made her point succinctly and directly.

the Minnesota Chippewa Tribe, not as an independent nation. There’s

a chance we could lose our federal recognition and never get it back.

I will not jeopardize anyone’s federal recognition.”

This is not an unreasonable position

to take, given the three centuries of tumultuous history between the

American government and tribal leadership across the country.

However, it does call into question the whole premise on which, our

The Indian Reorganization Act of 1934

created a framework for tribes around the country to organize

themselves – sometimes as they saw fit, other times, as prescribed

by local BIA officials – and the confusion over constitutional

adaptability and sovereignty began in earnest. It was the policy of

the United States government up to that point to exterminate tribes

as political and cultural entities; in 1934, the pivot turned to

generally agree that the templates used to organize tribal

social clubs than sovereign governments. While membership – a term

implicit with connotations of dues and fees rather than citizenship –

was determined by the tribe, prescribed methods were geared toward

blood quantum, a way of excluding anyone below a mixed-race or even

So there are some serious historical

implications behind changing any tribal constitution.

However, a government’s authority

cannot rest entirely on rules written in stone, to be strictly

interpreted without regard to changing circumstances. A constitution

must be pliable and adaptable in very general ways, at the risk of

excluding societal and cultural progress. When that progress tests

the boundaries of those laws, the laws must be revisited, challenged

and changed to be of service to its people, not to oppress or limit

Even with constitutional changes,

certain principles are enshrined that reflect the values of that

particular tribal nation. The first among them must be freedom.

Whether that’s the freedom to practice our traditional spirituality

and religious practices without fear of persecution, the freedom to

discuss and reason or the freedom to express oneself openly. While

we, as Native people, defer to our own particular, traditional and

modern cultural practices to define those freedoms, we do respect

those choices. But when those freedoms are limited, based in fear and

done in haste, rather than through public discourse, thought out and

open to compromise, we lose the value of our democratic principles.

Korea, or other countries run by dictators, suppress information …

Our constitution puts into place a system of checks and balances

Strong, political wording, to be sure,

through tribal governments across the country. What is at stake is

the possibility of discussion, of inclusion and of consensus.

Throughout our own tribal and world histories, we have seen how

quashing dissent reflects more on those in power than those

dissenting. The strength of a tribal government isn’t rooted in how

it can control its citizenry, but in how well it can tolerate

criticism (informed or ignorant) and how willing it is to compromise

with its own people and come to consensus.

All of this is fine in the abstract

but how it applies to situations like the one in White Earth, Pine

Ridge or elsewhere will unfold through legal challenges, appeals and

government accountability. Or rather, those of us who are citizens of

tribal governments hope that it will. It calls to question how

seriously we take our tribal governments.

councils and officials are the butts of jokes, targets of harsh

criticism or political retributions. But what’s at the center of the

interpretations is how much sincerely is invested by those involved

in the politics of their tribe. If tribal politics are a vehicle for

personal acquisition and advancement, their reputations shine through

and are generally known to the public. But for those who desire an

honest discussion and debate on change, the foundation they stand on

While the various courts will

ultimately rule on who was correct, Vizenor for speaking her mind or

the council in quashing information, we now know that fear is the

logical crux of stifling expression. When fear wins the day and

freedoms are given up in place of security, a society – tribal or

otherwise – loses a part of its ethical sovereignty.