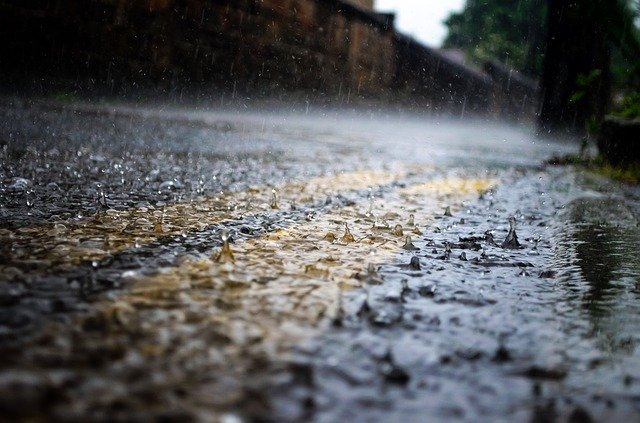 Part Two of Two-Part Series (you can read part one here.)

Precipitation is a transport system that brings chemicals from pharmaceuticals, personal care products, commercial and industrial products and even cocaine to metropolitan Twin Cities waters and, most likely, to lakes and streams throughout Minnesota.

Snowflakes, raindrops and dust drop contaminants on undeveloped lakes in Northeastern Minnesota in and around the Grand Portage Reservation as well, and not just heavily populated metro areas. The recent research finding chemicals in Grand Portage water, fish and lake sediment further explains earlier Minnesota research on lesser known chemicals in our environment.

The compatible research results weren’t shocking but more like a confirmation, said Mark Ferrey, a lead scientist on the project at MPCA who has monitored so-called Contaminants of Emerging Concern (CECs) for more than a decade for possible impacts on Minnesota waters and wildlife.

Of his earlier research, he said, “We expected to see some contaminants in the Twin Cities metro area and around areas where there are large (human) developments.” “That is why the research at the Grand Portage reservation in remote areas is so important,” he added.

Part One of this series cited research that found 117 CEC contaminants in lakes, fish and in lake sediments in undeveloped lakes, partially developed lakes and in lakes impacted by wastewater treatment plants in far northeastern Minnesota.

That study with the Grand Portage Band explored 28 lake sites on the reservation and in nearby ceded territory under the Chippewa’s 1854 treaty with the U.S. government. Under it, Grand Portage members have retained hunting and fishing rights in that area near the Canadian border and North Shore of Lake Superior.

That contrasts with Ferrey and colleague’s earlier study of water samplings in the Twin Cities and adjacent Anoka and Dakota counties. They also found chemical compounds in snowflakes, raindrops and dust particles in the metro area. Leaving contaminants since detected in Grand Portage water, lake bottoms and fish.

“I think we were surprised to see the presence of chemicals in developed and undeveloped waters was not significantly different,” said Tiffany M. Wolf, assistant professor of Veterinary Population Medicine at the University of Minnesota.

Her branch of the College of Veterinary Medicine studies health of entire populations of animal life. Most veterinary students and faculty work on treating ailments and injuries of individual animals.

Ferrey and others who worked on earlier CEC studies and now the Grand Portage project are conducting multidisciplinary work that points scientists to more research needed for understanding impact CECs have on wildlife, resources and human health, Wolf said.

The findings show mostly trace amounts of contaminants, Ferrey added. “We don’t want to panic people. We just don’t know enough yet on what these chemicals do.”

Scientists have studied pollution from industrial plants and from agricultural runoff for years when pollutants are often easy to spot and are known to be a threat to fish, other wildlife and especially to human drinking water sources.

Ferrey and colleagues’ 2017 published study on precipitation is entitled “Pharmaceuticals and other anthropogenic chemicals in atmospheric particulates and precipitation.”

What the later Grand Portage research helps show is that CEC particles can come down into water and wildlife “hundreds of miles away from the source,” he said.

Wastewater plants impact water with discharges, or effluent. Throughout rural America, some wastewater effluent is taken out to farm fields and injected into the ground. That might explain how some of the CECs wind up in wind-blown dust and precipitation, Ferrey said.

Metropolitan Twin Cities urban dwellers have almost annual winter experiences over recent decades when soil-impacted snow and sleet smear automobile windows. The not-so-scientific nickname for the cause is “snirt,” or a combination of snow and dirt.

The early work by Ferrey and now the Grand Portage study have advanced knowledge of where CECs settle, and how they get there. Perhaps more importantly, these studies point scientists at what more needs to be studied.

The University of Minnesota’s Wolf said it is imperative interdisciplinary work from various fields of study be expanded going forward. It still isn’t known what lasting impacts the CECs are having on wildlife, such as fish from waters all over Minnesota.

Ultimately, scientists from public health, medical schools and a wider variety of environmental fields must find what impacts CECs have on human health and our own food chain.