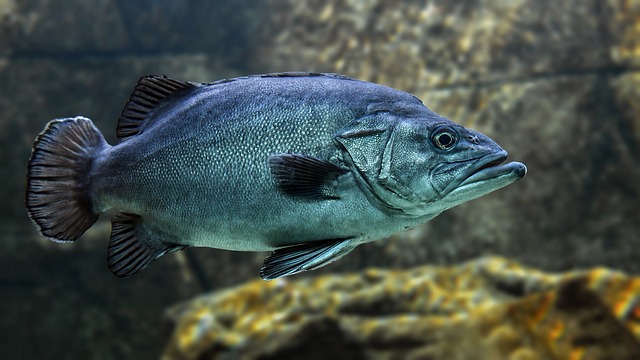 This is the first of a two-part series (read part two here).

An extensive three-year research study of lakes in and around the Grand Portage Indian Reservation has found an abundance of pharmaceuticals, personal care products, hormones, pesticides, and other chemicals in water, lake bottoms and fish.

What threat this poses for humans and wildlife will need to be studied further. But the presence of these chemicals, even in trace amounts, was still shocking when found in some of the most remote lakes in northeastern Minnesota.

Chemicals derived from human behavior are routinely found in waters that contain effluent from wastewater treatment plants, said Jessica Deere, the lead author of a published report on the findings. She is a doctoral candidate at the University of Minnesota’s College of Veterinary Medicine’s Department of Veterinary Population.

“We weren’t sure what we would find in undeveloped lakes where there aren’t homes, septic tanks or wastewater plants,” she said. “We found there isn’t a great difference between developed and undeveloped lakes.”

The findings from this study have been published in the scientific journal Science of the Total Environment.

Seth Moore, director of Biology and Environment for the Grand Portage Band of Lake Superior Chippewa and an adjunct professor with the veterinary college, said the findings were more disappointing than surprising. He has monitored pollution, such as mercury, in Lake Superior and area lakes for the past 15 years and has watched how contaminants get into fish and wildlife.

What makes the Grand Portage study so special, Moore said, is that it focused on looking for chemical contaminants that aren’t usually studied or regulated by federal, state and local environmental bodies. These chemicals are called Contaminants of Emerging Concern (CECs) by scientists from a variety of fields, and by other health and environmental experts.

From past work, he said, the team of researchers did expect to find the presence of some CECs. “But not 117 of them, and in the water we consume and the fish that are part of our (Grand Portage) subsistence diets.”

This is the first such study to focus on water and wildlife (fish) necessary for subsistence by an Indigenous people in the United States.

The study tested water, lake sediments and fish from 28 lake sites on the reservation and on land from the 1854 Treaty that ceded tribal land to the U.S. government. The Grand Portage Band has retained hunting and fishing rights in the ceded territory.

The researchers went looking for 158 mostly unregulated CEC compounds. Sites selected for testing included undeveloped lakes that are among the most remote, and pristine, in Minnesota; in lakes with some shoreline homes and cabins, and in water that is impacted by wastewater treatment plants.

CECs were found in 102 water tests, 35 fish tests on species important in Grand Portage diets and for the reservation’s recreation economy, and in 67 sediment samplings.

Test results found at least one CEC in water, fish and sediment, signaling the linkage of contaminants through the aquatic ecosystem. Most detected chemicals were found in two and about half were present in all three tested groups.

“The ecosystem starts with sediments, the nutrients, and the water the fish live in and breathe in. There were a lot of antibacterial compounds and antifungals. When you start messing at the bottom level, you find this through the whole food chain,” Moore said.

A popular insect repellant (DEET) was found throughout the testing with some of the highest concentrations found in undeveloped lake sites.

Moore and Deere said a threat to wildlife, and in this case fish, comes from the presence of hormonal chemicals such as from birth control medicines that may be interfering with fish production. Past research by others have found male fish may become sterile or become female from birth control hormones in the water.

People are consuming low levels of these same CECs, Moore said. Of concern to the Minnesota group, he said, is that the federal Environmental Protection Agency “has no regulations whatsoever on potential impact on fish, water and humans.”

Deere, who has bachelor’s and master’s degrees in related fields from Emory University in Atlanta, said she came to the University of Minnesota in part because what Moore and scientists there and at state departments of government were doing in environmental research.