The Minnesota Senior Games were held in Mankato on August 16-19 and for the first time there was an Elder Team from the Minneapolis Native community participating. Team members who participated were from the Leech Lake, White Earth, Rocky Boy, and Bois Forte Reservations.

The Minnesota Senior Games held a variety of low to high impact games for people 50 and older. Participants who place in the Games are qualified for the Nationals, which will be held in Albuquerque, New Mexico in 2019. The Minneapolis Native elder team brought home 8 golds medals, 2 silver medals, and 2 bronze medals, qualifying all of the team members for the Nationals in Albuquerque next year. 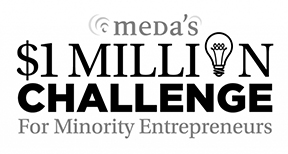 Minority business owners have historically found it difficult to gain access to capital. This funding often plays a big part in determining between the success and failure of the business. Studies have shown that financial, human, and social capital, as well as racial discrimination, are primarily responsible for disparities between non-minority and minority businesses. Achieving parity is key to significant U.S. economic growth, creating new jobs and raising wages in economically disadvantaged communities.

To help solve this dilemma and bring attention to this issue, MEDA (Metropolitan Economic Development Association, the U.S. Department of Commerce’s top-performing minority business development agency in the nation) and the City of Saint Paul are hosting the first-ever national ethnic minority Million Dollar Challenge – modeled on the television show “Shark Tank” – where early stage businesses will compete for up to $1 million in financing.

Ethnic-minority owned businesses from across the country will meet in Saint Paul, Minn. to participate in a speed pitching event to qualify for up to one million dollars in financing.
Round one will be held on October 10, 2018 as part of Twin Cities Startup Week and adjacent to the national Blacks in Technology conference. Up to 10 finalists will move on to the next round – an “accelerator” offering investor and industry feedback, mentorship, exposure and professional connections. These finalists will return to Saint Paul, Minn. in January for the final event, which will award up to one million dollars in financing. Financing will be in the form of a convertible note.

The October event will be held at the Travelers Insurance corporate headquarters auditorium at 345 Washington Avenue, Saint Paul, Minn. A reception begins at 5pm and the speed-pitch competition will run from 6pm to 8:15pm.

Potential ethnic minority businesses wanting to apply can do so at: www.meda.net. Applications are due by 5pm September 12. For questions, contact Andy O’Leary at aoleary@meda.net.