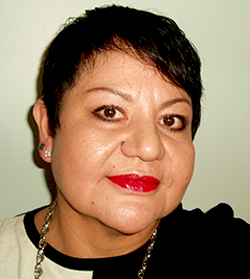 If you were to ask me if I am an

environmentalist I would shout, “Ooonh YAH!!! You betcha!” and I

would describe my almost OCD passion for recycling, my disgust for

all GMO products and my mission against Monsanto. I want to eat

passively accept more unwanted poisons. If you’re on my Facebook

anti-environmental because Someone, Someone somewhere may not have

seen it. Plus we are bombarded with lies about the proposed KXL

pipelines that completely annihilate the environment and yet with

the atrocities being committed upon our Mother. I raged and cried; I

stomped around uttering awful deaths for the people who were

responsible for the degradation, knowingly destroying our Mother for

material wealth. I told my mother I wanted to “go back to the

So the Gal’s and I went a’campin

by a lake in the north woods very far from the big city lights.

a little “huh?” Then I thought she meant a percolator. I wanted

boom box. Denise did so it was cool. I figured we would need to buy

some batteries. Turns out the campsite was wired up with GASP!

outlets for electric stuff!!! I admit now being completely astounded

but didn’t say anything at the time. I was just glad I could charge

up my phone. Turns out the campground had bathrooms, showers and

Our camp was on a little peninsula and

in very close proximity to campers who were already there. I thought

up tents near family or friends. We got our own space though with

I was sadly inept and kept getting in the way. Later we put on Bob

people were trying to sleep. I don’t know how well that worked out

for our neighbors because we snort-laughed most of the night talking,

There were hundreds of large dragon

and loons were calling from across the lake. It was a magic night for

good magic; we sacrificed some bloated gummy bears to rid ourselves

of a common evil spirit and formed our first steps for a coven. 😉

roasting marshmallows. We ended up eating them Paleo-style as Denise

said; raw. Later while sitting alone I realized we had packed all the

and called it camping. Which is fine by me this I can handle…! No

more Extreme Camping for me thank you had enough for this life.

Sitting there more thoughts came to

me. That if 92% of people like outdoor activities so why are they not

supporting or standing up for this earth of ours? Don’t they want

to come back year after year to enjoy it? My answer is most people

else to save the earth. Green Peace maybe or the guy down the road

who attends green rallies let him and his kind do it.

Well I never did go back to that

blanket, my mother said to me that I wouldn’t last a day out there

which was true; my inborn Indian skills in the woods must’ve got

put in the wrong dna folder. I have other skills though; I can write,

I can call, I can demonstrate, I can join others who are activists

and there may just be a chance, a small chance together we can put a

stop to the gutting and killing Our Mother. Get it out there that we

humans need her; she doesn’t need us.