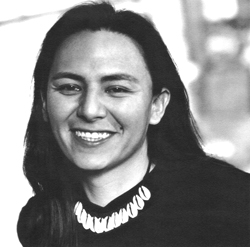 a busy time of year for summer ceremonies, rituals and powwows. It’s

the beginning of the new year for some. It’s a time to reconcile

reconnect with the Creator. It’s time for renewal.

As someone who came to learn ‘the

Native’ way of life a little later, I’ll share with you some of

ways. I will not share specifics about different ceremonies, but I

My parents were part of the generation

of people who were forced to assimilate, so keeping me away from our

traditional native way of life was not negligent, but it was them

from the profound sense of loss they experienced.

I am thankful for the protection of my

parents and the choices they made. When I did chose to return to our

way of life, they struggled with my decision. Eventually, they helped

me and came along with me in my rediscovering our ways. Over time,

they became ardent supporters until they died.

When I wanted to learn more about our

traditional ways, I approached a relative who was active and

participated regularly in traditional Native way of life for help.

They happily stepped forward; to this day, they continues to teach me

many things and I seek their advice.

Choosing a spiritual leader, or

medicine person, is an important step. Find them then get to know

them, trust your gut. I’ve learned and witnessed people who have

been spiritually traumatized by questionable people, so be careful. I

Natives are rich in oral traditions

passed along by generations. I learned quickly there was no book

available for me to study, review, and be tested about.

With many of the ceremonies, the

fundamental philosophy is the similar. I’ve learned the difference

is the interpretation of implementation is varied according to the

medicine person or other traditional keepers of this knowledge. These

medicine people have their own visions that are guided by the

When I go to support Native friends at

their ceremonies then I show respect. First, I inquire with my friend

would be OK to be introduced to their medicine person. Secondly, I

introduce myself to their medicine person. I share with them who my

medicine person is (I found they know each other). I let them know

that I am there to be in a supportive and ultimately, for me it is to

show reverence for our way of life.

I approach our traditional Native way

of life with profound respect. Unfortunately, there are some people

who exploit our traditions. I’ve witnessed most of these people are

‘new age’ spiritualists. When I interact with them, I’ve

learned to speak out to them about how disrespectful they are being.

Also, this type of abuse is never OK.

I don’t mind people wanting to

discover and appreciate Native culture in all of its beauty, but I do

There are people who hunger to know

and amongst them are some people who are dogmatic in their approach.

I’ve been to many Native ceremonies were caucasian people behaved

crazy. They were the ones regulating everything that is Native. They

were impassioned about their view of what should be, or what

shouldn’t be. They, again, were creating the rules. NOT OK.

When people want to engage with me

about their religious views, oftentimes, I don’t. Religion and

spirituality are deeply personal. They are the main causes of wars

around the world. I talk about these matters with my small group of

friends and family, not with random strangers. When I’m approached

by religious zealots, people sharing their word of God, or

impassioned dogmatic religious people, then I recognize them, but I

don’t engage with them.

I am the furthest from knowing

everything about our traditional way of life; I know this. Also, I

approach my interactions humbly. I listen. I learn. I recognize them

If you are amongst those who had these

ways stolen from you and you have an urge to return, then I’d

encourage you to. Our communities are small and we know each other,

so there is someone available to help you reconnect. I’m grateful I