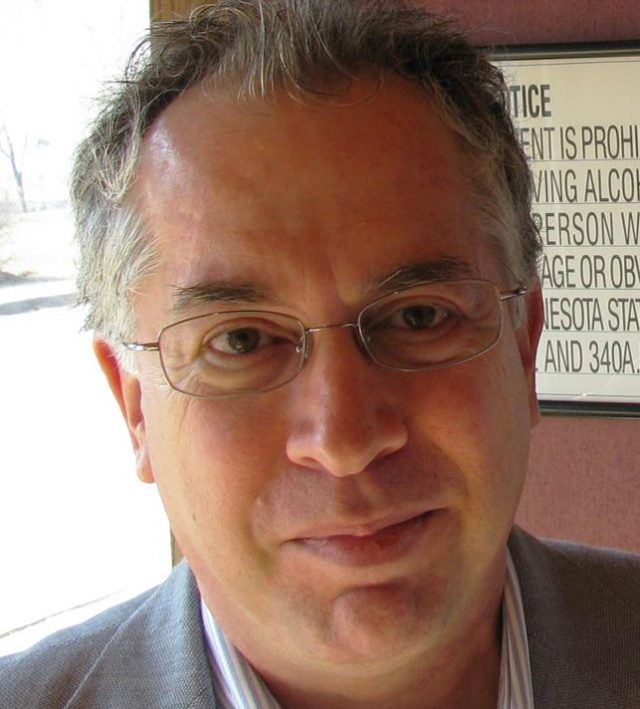 mine in Colorado, when workers using a backhoe were surprised by a

deluge that came pouring out. Some three million gallons of waste

then into the Animas River.

An article on the Accuweather Web site

noted that the plume of toxic water deposited “dangerous metals,

such as lead, arsenic, cadmium and mercury along hundreds of miles

[of waterways] through three states.”

The City of Durango and La Plata County

reportedly declared states of emergency. The spill turned the Animas

Nation, where farmers in the northern part of the reservation face

ruin, with a ban on using river water for crops and livestock.

“Thousands of acres of farmland could dry up, and hundreds of

families could see their primary source of income disappear,”

according to New Times, a Phoenix newspaper.

Of course, it’s ironic that the EPA

caused this environmental disaster. But I wondered about the

implications for a proposed copper-nickel mining project near Hoyt

Lakes, in northeastern Minnesota. In numerous columns about PolyMet

polluting groundwater and surface waters. Many mining firms have gone

So, does the Gold King Mine disaster

foretell what Minnesota might experience with the advent of

“That was primarily gold mining,”

he added during a recent telephone conversation. “I mean, it’s a

lot of the same geochemical processes that generate contaminants; but

every mine site is different.”

Regarding the “same geochemical

processes,” Coleman points out that PolyMet, with its planned open

pit mine, would be “digging into sulfur-containing rock, and that

of water. So there are a lot of similarities.”

He concludes, as far as the Gold King

“containment and remediation effort” that went bad, that

PolyMet’s project presents “a different scenario than what you

This question was one part of our phone

chat; I called Coleman mainly to discuss what’s called the

NorthMet project. And while waiting to connect with him, the

Timberjay, the Iron Range newspaper, put out a story that seems to

seriously undermine one crucial aspect of the EIS.

The issue is loaded with hard to

review process – a collaboration among the Minnesota Department of

Natural Resources, the U.S. Forest Service and the U.S. Army Corps of

Engineers – botched the model for determining water flow through

the area of the proposed mine, in the view of GLIFWC’s Coleman.

In a June 18 letter to agency managers

responsible for the NorthMet EIS, Coleman wrote: “Since before

2008, GLIFWC staff have consistently raised concerns about the

quality and validity of the groundwater modeling at the mine site.

model was incorrectly calibrated and unlikely to provide the

hydrologic characterization of the site that is needed in order to

The EIS has looked at a flow of water

to the south of the project; but Coleman has pointed out that

contaminants from the mine likely would run north, into the Peter

Mitchell pits, a series of taconite pits that were used by Northshore

Mining. The pits are located high on the Laurentian Divide, where

water either runs south, toward the Gulf of Mexico, or north, to

This area of concern raised by GLIFWC

should be addressed in the final EIS, which is due for release in

November. “We feel that [the EIS] shouldn’t be released until

added, “There are a lot of implications related to things like

dewatering and wetlands; but they’ve been very reluctant to look at

interaction between this PolyMet project and the adjacent taconite