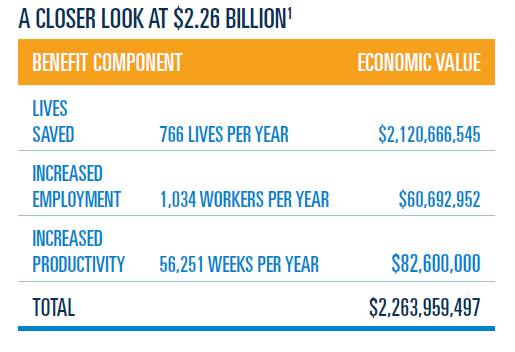 A study by University of Minnesota researchers shows health inequities for American Indians and other minority groups are costing Minnesota businesses and the entire state economy as much as $2.26 billion each year.

That dollar amount comes on top of research findings showing 766 lives could be saved annually if Minnesota eliminated health inequities for its marginalized ethnic groups. To show that inequitable health conditions affect everyone, researchers concluded the inequities represent an economic burden of $407 for every adult and child in the state.
“We have known for years that this inequality comes at a huge price. We have tons of data. This puts a price tag on it,” said Janelle Waldock, vice president of community health and health equity for Blue Cross and Blue Shield of Minnesota.

The report, The Cost of Health Inequities in Minnesota, was commissioned by Blue Cross and Blue Shield. Research was conducted across several academic disciplines involving the University of Minnesota Medical School’s Department of Family Medicine and Community Health and the University’s Roy Wilkins Center for Human Relations and Social Justice.

There are two main “audiences” for the report, Waldock said. It supports the ongoing work health officials and groups such as the Blues’ Center for Prevention are doing with various ethnic communities in the state. The other audience involves business leaders who should recognize that health disparities impact labor productivity, the available workforce and the cost of healthcare.

Causes for the inequities reveal why business and public policy officials are needed to work on remedies. The causes cited include disparities of income, community connections, housing, quality education and food security.

“Despite being one of the healthiest states overall, we know that Minnesota has some of the greatest inequities in the nation,” Waldock said in releasing the study.
When Blue Cross and Blue Shield was releasing the findings, the Jobs Now Coalition dissected state employment data showing growth in Minnesota jobs that may be adding to the ethnic health disparities.

Kevin Ristau, analyst for the nonpartisan research group, said Minnesota job openings have risen 90 percent in the past four years. At the end of 2017, there were 88,000 unemployed job seekers and 114,000 job openings, a ratio of job seekers to job openings of 0.8-to-1.

Unfortunately, almost 40 percent of the jobs are in the lowest paid categories of personal care, sales, and food preparation and serving, Ristau said. Of these categories, restaurant job openings have grown by 200 percent, sales openings are up 195 percent and personal care openings grew 160 percent.

Numbers showing a tight labor market are great in the Twin Cities metro area as well. Fourth quarter data from Minnesota Department of Employment and Economic Development (DEED) Job Vacancy Survey showed there were 69,000 job openings for 42,000 job seekers – a ratio of 0.6-to-1. Again, 41 percent of these jobs are in the lowest paid categories.

There is extensive research showing health inequities among minority groups – here and nationwide. Detailed reports have been assembled by researchers for federal and state agencies such as the Minnesota Department of Health.

Man Xu, a doctoral student at the University’s Humphrey School of Public Affairs and one of the researchers on the project, said the Minnesota project gleaned material from several of those studies along with demographic information from Minnesota government agencies and the U.S. Census Bureau.

The researchers then fed the data into Minnesota developed systems and a revised formula researchers at Johns Hopkins University have used to measure national inequities costs. This is the first time, she said, that researchers have broken out local costs for a specific state.

One of the measures used by Minnesota researchers compared causes of death for Census recognized ethnic groups against those for the general state population. This created mortality disparity ratios (MDRs). American Indians have MDRs across all 16 major causes of death in Minnesota, and the highest in seven of the top 10 categories.
Native Americans have the highest disparities of all groups for chronic liver disease, “other external causes,” homicide, diabetes, “all other accidents,” motor vehicle accidents, influenza and pneumonia.

African Americans in Minnesota, who share high MDRs with the Indian population, have large disparities in diabetes, kidney disease, accidents, and external causes – many of which are preventable causes of death; and they have the highest MDR for HIV and about the same homicide ratio as Native Americans.

Disparity ratios for American Indians may actually be worse than recorded. The report said the American Indian population is 3.67 less likely than the general state population to have cause of death listed in death certificates.

Sasha Houston Brown (Santee Mdewakanton), communications and advocacy consultant for the Center for Prevention at Blue Cross, said the cause of death and health findings should be sufficient to grab business and public policy attention from “a moral standpoint.”
But for others who need a nudge, the economic data on what health disparities cost should awaken “businesses out there looking at cost savings,” she said.

It also calls for better data collection for analyzing human and economic costs from the inequities, and for translation and communications of report findings to businesses, legislators, state agencies, advocates and the ethnic communities.

This work is focused on two levels, from caring for the current population and prevention of illnesses for the next generation, Houston Brown said. Much of the latter involves working with Indian tribal communities, she added, such as accessing healthy foods.

A synopsis of the report is available from Blue Cross and Blue Shield of Minnesota at www.bluecrossmn.com/healthy/public/personal/home/about-us/us-newsroom

The entire report from University of Minnesota researchers can be accessed at https://drive.google.com/file/d/1Wzobe0whXA775XEdO3tSdO6freqjFzoa/view.