Native Americans from around reservations and in urban areas around the Twin Cities and Duluth are getting a boost from the Minnesota Department of Agriculture to reenter culturally historic fields in agriculture.

The Minnesota Legislature and the Walz administration created an Emerging Farmers’ Working Group in 2020 that provides outreach services and helps find assistance for people wanting to begin farming.

For the Native community, this is often driven by the desire to grow culturally – and healthy – crops to feed families, their communities, and to raise culturally medicinal crops, said Patrice Bailey, who was appointed an assistant commissioner at MDA in 2019.

This state response to help would-be farmers in Minnesota is new, Bailey said. “But the barriers to entering agriculture are as old as time.”

Bailey was appointed assistant commissioner in June 2019 and overseas the working group as part of his Outreach responsibilities for the department. The past session of the legislature provided funds for a staff position to work specifically with the Emerging Farmers’ Working Group Program.

It ties in with another MDA development important for Minnesota’s Native population. In April 2020, Fond du Lac Band of Lake Superior Chippewa member Shannon Kesner was hired as the tribal liaison officer for the department.

She has degrees from the Fond du Lac Tribal and Community College and from the University of Minnesota Duluth, including a Master’s degree in Tribal Natural Resources and Environmental Stewardship. She previously worked as a wetlands specialist for Fond du Lac’s Environmental Department.

In taking the department position, she said: “Disconnection with natural resources due to many federal Indian policies has led to a loss of knowledge, contributing to food insecurity, and I see opportunities there. I hope my position with the MDA can help facilities the elimination of food apartheid in Indian Country.”

International bodies describe food apartheid as separating people from their historical access to foods, often as a result of colonization practices and, more recently, by wars and conflicts.

Her focus in working with the tribes is to increase awareness of both tribal concerns and opportunities regarding food apartheid and food security, she said in taking her post.
The working group was created to assist several underserved Minnesota communities.

It is directed to work with farmers or aspiring farmers who are women, veterans, persons with disabilities, American Indian and Alaskan Natives, members of communities of color, young, urban and others determined to be emerging farmers.

Bailey brings perspective to who these people are.

Born and raised in the Harlem neighborhood of New York City, he said he was interested in food issues while growing up. That led him to Prairie View A&M University in Texas, where he received a degree in Agricultural Education. From there, he went to Iowa State University for a Master’s degree in agriculture. 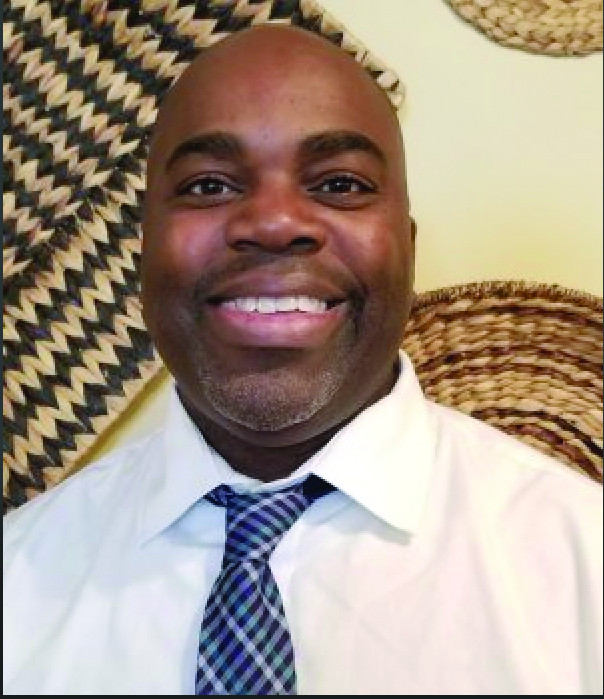 Like Kesner, he witnessed and understands the gulf between underserved communities and food production. Here in Minnesota, he worked in several positions serving communities of color and was the outreach director of the Council for Minnesotans of African Heritage at the time of his appointment.

There are multiple barriers for people to enter agriculture, Bailey said. A lot of them involve financing and access to capital and government programs. Some of it is knowledge such as compliance with rules and regulations, environmental stewardship, accessing seeds and equipment, and accessing land.

The working group brings together people with expertise to overcome many if not all of these barriers, he said. They represent many of the underserved communities within the Minnesota population and all have technical and knowledge skills to help emerging farmers.

For instance, within the Minnesota Native communities, two members of the working group are Jessica Greendeer, seedkeeper for Minneapolis-based Dream of Wild Health and manager of its Hugo farm; and Erika Legros, farm manager for the demonstration and community gardens and its Producer Training Program at Fond du Lac Tribal and Community College, Cloquet.

Both programs raise food for Native distribution in their respective area and teach the linkages and importance of their native foods.

Reflecting the need for greater inclusiveness among Minnesota’s ethnic communities and especially with the tribes, Gov. Tim Walz ordered state departments in 2019 to establish tribal liaison officers and begin ongoing consultations with the tribes. This brought on Kesner.

Lt. Gov.Peggy Flanagan, a White Earth member, said when the working group was formed that diversity strengthens Minnesota agriculture. “I’m excited to see farmers from every community engage in an industry that is foundational to our state’s culture and economy.”

That is an understatement. Demographic studies show Minnesota’s population is shifting and becoming more diverse. Bailey said this trend will speed up in the years ahead.

Without programs to encourage new entrepreneurs in food production, the break between new residents and historic, healthy foods will continue to grow.

Using recent U. S. Census of Agriculture research, MDA notes that Minnesota has 68,500 farms when 30 years ago there were 101,000. In turn, these farms help generate 430,000 jobs in food and agriculture jobs in the state.

There has been a great horizontal expansion of farms since the end of World War II when the industry shifted from war-time production to making larger tractors and implements for farms. This caused a great rural-to-urban migration as farm sizes expanded. That, in turn, reduced rural populations and damaged many local communities and institutions.

This caused a severe out-migration from rural Midwest communities, and even at reservations where now most Native Minnesotans live off the reservations in urban settings.

This trend is now underway worldwide.

United Nations agencies, the World Bank, and academic demographers note that the world had two megacities – cities with more than 10 million population – in 1950. They were Tokyo and New York City.

Recent census studies show there are now 33 such megacities. Demographic projections show there will be 38 by the end of this decade.

That comes from population studies that show either a 1.1 billion shift or 1.4 billion shift in population. It means the world is seeing the equivalent of either India or China moving from the countryside into large cities.

Serious scholars, including Defense experts, worry that infrastructure is not being put in place to accommodate the changing needs of people when the world is in motion.

As elders know, America went from isolationism after World War I only to learn that the great oceans didn’t protect “Turtle Island” from the world when Pearl Harbor was bombed in World War II. Turtle Island won’t be protected from the new global migrations, either; Minnesota’s changing demographics show a transition is underway.

What Bailey, Kesner and colleagues are doing is helping new entrepreneurs enter agriculture and produce the foods our changing population wants and needs for healthy diets.

Researchers and students wanting more information about the growth of megacities or the rural-to-urban migration may contact the author at egerstromll@msn.com.