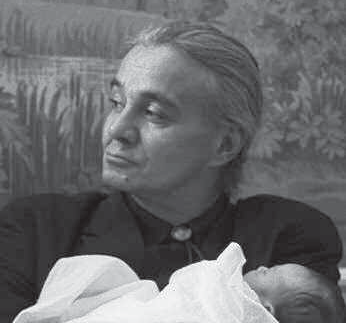 Gordon David Regguinti passed on to the spirit world on February 2, 2017. He was 62.

Regguinti was a pioneer in the movement to establish Native American journalism as a legitimate institution, giving critically needed voice to Native peoples from all circles of life. He was respected by his tribal peers and by mainstream news-room executives. He traveled the country lobbying for Native journalists to be seated at the table when it came to racial inclusion and more accurate coverage of Native issues. And he never departed from his devotion to his Leech Lake Ojibwe roots.

Raised on the Leech Lake Ojibwe Reservation in northern Minnesota, Regguinti earned a bachelor’s degree in American Indian Studies at the University of Minnesota-Twin Cities in 1987. His career in Native American media began with serving as editor of The Circle newspaper in Minneapolis.

In the early 1990s, Regguinti hired Dale Kakkak (Menominee) as staff photographer for The Circle. Kakkak remembers Regguinti as a visionary who believed telling stories of Native life was vital to confronting stereotypes and debunking the myth that Native Americans existed only in the American past. “Gordon worked to promote Native culture and ideals, and to present our thoughts about us on our own terms,” Kakkak said. “Gordon helped awaken in the U.S. mainstream consciousness that Indigenous people existed, and we weren’t just the stereotypical Indians most people thought of when the term Indian was used.”

And it was through gaining access to media that Regguinti believed Native people could do more in telling their own stories. He was convinced that a core mission of Native media was in preserving and promoting tribal traditions. In 1998, Regguinti told Cultural Survival, a worldwide indigenous advocacy organization, that one of the most vital roles Native American radio plays is not only to promote dialogue on Native issues, but to pro-mote culture and help preserve tribal languages.

Regguiniti encouraged tribes to embrace modern media technology as an opportunity to help reclaim and recover so much that was lost.

Kakkak believes that conviction came from Regguinti’s ties to his Ojibwe culture. While working with Regguinti on the Learner Publication 1992 children’s book “The Sacred Harvest,” Kakkak said he got to experience Regguinti’s relationship with his roots on the Leech Lake Reservation.

“He took me ricing for the first time,” Kakkak said. “He introduced me to the Jackson family at Leech Lake, who were the subject of Gordon’s book on wild ricing. Through Gordon, the Jacksons generously shared their knowledge of that ancient place and practice.”

Following his convictions beyond The Circle led Regguinti to the Native American Journalists Association (NAJA), a coalition of tribal and independent indigenous media in the U.S. and Canada. As executive director Regguinti helped expand the outreach of NAJA and worked tirelessly to pro-mote the mission and presence of NAJA within the mainstream media industry.

Karen Lincoln Michel (Ho-Chunk), who served as NAJA’s president, said Regguinti was instrumental in shaping the vision for the organization.

“When I think of the people who have given a part of their lives to make NAJA what it is today, Gordon is among that circle of amazing individuals,” Lincoln Michel said. “He poured a lot of his energy into growing the organization from a fledgling nonprofit to a journal-ism association with a national reputation. He kept the focus on Native journalists and how NAJA could better serve them in the important role they play in their communities.”

Regguinti’s work with NAJA included securing major foundation grants to underwrite training workshops for emerging Native journalists. He used his position to lobby mainstream news organizations to open their doors and hire more Native people. And he was aggressive in educating Indian Country about the importance of a free tribal press.

But just as important as strengthening Native American journalism, Regguinti shared a growing vision among all journalists of color – the power of a collective voice on behalf of those who represent their communities. Regguniti was on the ground floor in helping to create UNITY: Journalists of Color, an umbrella organization of minority journalism organizations who, together sought to bring leverage on the main-stream news media to hire more journalists of color and to demand improved coverage of their communities.

Karen Lincoln Michel remembers Regguinti as entirely dedicated to the full expression of that collective voice among journalists of color. “Through NAJA’s coalition with Asian American, black and Hispanic journalists’ organizations, Gordon totally embraced the concept of collaboration so that our collective voice would be strong when we addressed news industry leaders about our concerns.”

The lasting impact Regguinti had on Native media was never in doubt according to Kakkak. Regguinti was simply a man driven by a passion for elevating the presence of Native people.

“If you looked at Gordon you wondered where he got his energy to work on and accomplish so many tasks in a given time frame. He worked on this vision of showing the reality of Native peoples because he was tired of being ordained a second-class citizen. And he knew ending that was in the power of having the opportunity to tell our own stories,” Kakkak said.

He was born February 10, 1954. A wake was held on Feb. 9th at Gichitwaa Kateri in Minneapolis. Services were held on February 10th at Ball Club Community Center in Ball Club, MN. Interment was at Fairbank’s Cemetery in Leech Lake, MN.