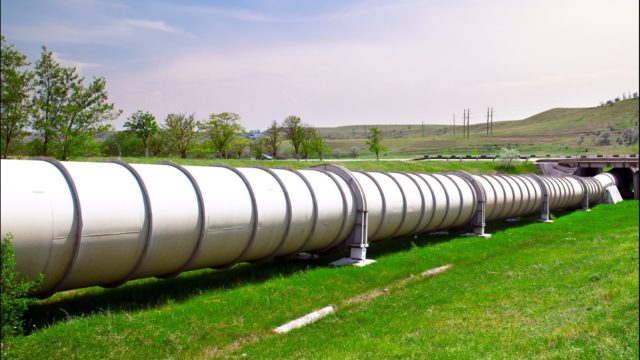 Minnesota’s Public Utilities Commission (PUC) continues to be an embarrassment to state regulatory authorities, slogging ahead with what we might call the last tar sands pipeline.

On June 25, Little Big Horn Day, the PUC reaffirmed approvals of the Enbridge Line 3 project- route and need. The White Earth Nation, Red Lake Nation, Honor the Earth and other groups continue to oppose Line 3. The sole dissenting vote on PUC is Matthew Schuerger. Valerie Means, the newly appointed member of the commission, held the line.

“There is no question that COVID-19 has presented a number of unique challenges,” said PUC Commissioner Means. However, “COVID disruptions would not change the [long-term oil] forecast.”

Apparently the PUC did not get the memo written by the rest of the oil and insurance industries, nor has it seen the writing on the wall about Enbridge.

Let me explain: In the face of plummeting oil prices, l00,000 workers laid off in the oil industry, cuts or cancellations of tar sands projects, other fossil fuel companies are moving into cut their risk. British Petroleum announced to share holders that it would write down as much as $l7.5b billion of oil and gas holdings in its next quarterly report
“Everywhere I have been – inside BP, as well as outside – I have come away with one inescapable conclusion,” Bernard Looney, the chief executive, said in a speech in February. “We have got to change.” Oil and gas ain’t worth what it used to be.

Just take the lawsuit filed by Attorney General Keith Ellison on June 24. Ellison filed consumer protection litigation against oil giants ExxonMobil, Koch Industries, and the American Petroleum Institute for their decades-long activities in deceiving the public on climate change. The lawsuit points to evidence that the oil industry has known for seventy years that their products’ greenhouse gas emissions would contribute to a warming planet, calamitous weather pattern changes, and rising sea levels, and they chose to deliberately obscure this information in the interest of profits. Minnesota has a good record on consumer litigation – take the tobacco company lawsuit as an example.

Ellison’s lawsuit aims to hold the oil industry accountable in two ways: through financial damages, and by forcing them to fund a public relations campaign that counters years of mistruths and misdirections in service of climate denial.

Well, that’s a start. Honor the Earth has calculated that the cost of removing the carbon from the air from just Enbridge’s Line 3 would be about $170 million annually. And since Enbridge is self insured, and losing money, we might want to think about the risk.

Risky Business: Then there’s Line 5. That one just got shut down in Michigan. On June 25, the federal court shut down part of Enbridge’s Line 5. That’s the sixty year old Enbridge pipe that goes under the Straits of Mackinac, Odawa territory. On Little Big Horn Day, the Michigan circuit court ordered Enbridge to halt Line 5 operations and disclose information related to the recent damage caused to a part of the oil pipeline. A spill in the Straits of Mackinac could cost the company over $6 billion according to estimates by the Coast Guard. This is posing more of a risk to states and tribes, as Enbridge’s financial wellbeing comes into question.

In May of 2020, Enbridge (after posting $l.4 billion in losses in it’s first quarter) had layoffs and early buy outs totaling 800 company employees between Canada and the US.

Meanwhile, another Enbridge battle is heating up in Wisconsin, where the pipeline company has been forced to create a new corridor outside of the Bad River Reservation.

Seeking eminent domain of private lands, the Canadian corporation is now facing challenges at the Wisconsin PUC. And in early July, virtual hearings will be held by the Wisconsin Department of Natural Resources on Enbridge’s proposed new line.

Enbridge has reduced the amount of oil going through it’s main line by at least 300,000 barrels per day, and anticipates more cuts this summer as international and domestic demands for oil plummet. The company does not need Line 3 to be replaced, it needs it to be closed down. Enbridge itself has said that removing an aging Line 3 (Lines 1 and 2 are also in disarray) will cost the company $2 billion. That’s all jobs. All those guys laid off on the Iron Range could go work for Enbridge to clean up. But let the Ojibwes supervise it.

We’re better at taking care of the environment than the rest of those guys.

Minnesota has an opportunity to catch the momentum of the next green economy. Tribes will likely have to provide the leadership, and in that economy, we won’t be fighting about pollution and water. While Enbridge offers money to tribes (Al Monaco made over $l4 million last year), that’s about half of what the company offered Red Lake for forty years of trespassing. While they still have the money, let’s make a good choice for our future.