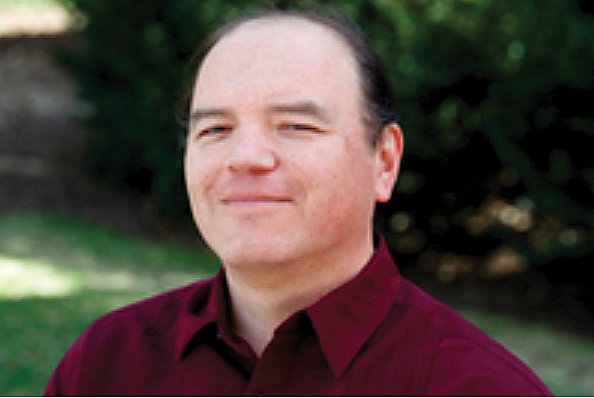 Chantemaza (Neil McKay) is a new member of the Bell Museum Board of Directors and agreed to speak with The Circle about his new role and museums in general. McKay is a Dakota Language Specialist in the American Indian Studies Department at the University of Minnesota, where he has been a member of the teaching staff since 2000. His research interests include indigenous language acquisition and Dakota history.

Neil participates in the Dakota-Ojibwe Language Revitalization Alliance and he’s a board member for Oyate Nipi Kte Dakota and Walls to Bridges. He’s also a consultant for Wicoie Ninadagiken-dan Immersion School and a Master Speaker and advisor to Dakota Wicohan. He teaches at the Dakota Language Table at the Minneapolis American Indian Center. The language table is held for community members interested in learning the language.

You work at the University of Minnesota. What do you do there?
I teach the Dakota language and history in the Department of American Indian Studies. I create new speakers and teachers of Dakota.

What is your home reservation?
I am a citizen of the Spirit Lake Dakota Nation in North Dakota.

As visitors enter the museum, they are met with a sign in the Dakota language. Why was that important to include in the museum?
When I was approached for advice, my first thought was to find a way to ensure that Euro-Minnesotans and non-Dakota know whose land they are on.  Also, that the Dakota people have their own ontology, epistemology, science and look at the natural world through the eyes of the first people of this specific landscape (or land).

Historically museums have depicted American Indians as relics of the past. Have you seen that approach change during your lifetime?
It has changed a little but that change has been led by native people who have positions in museums. To this day, non-Indians tend to see us as something that can’t possibly exist unless we live in tipis, ride horses and wear eagle feathers all the time. Americans don’t go around in powdered wigs and knickers anymore but they are still American. I think as native people, we are carving a path to more awareness and we hope that Euro-Americans and others observe, learn and challenge their own ways of thinking with relation to what museums mean to them and what they stood/stand for.

Is it ok to use the buffalo skull in the exhibit? And the deer skeleton?
I guess it depends on if those items have been treated with respect.

What do you think is the most amazing feature of the new museum?
I think having both the Dakota and Ojibwe languages in the museum is amazing. It’s cutting edge and you have children speaking in these treasured languages. That in itself is phenomenal because at one time (some would say still) the United States acted in concert with it’s Euro-American citizenry and the church to eradicate our languages and way of life and being. To hear children using the language is very powerful. Also, the wooly mammoth would be a close second!

Why should American Indian families visit the museum?
A little bit of my previous response answers this, but seeing and hearing our people as a living part of the exhibits in a good way gives hope, I think. We talked about finding a way to give more information on learning Dakota and Ojibwe languages so people can connect with their culture. Also, knowing an indigenous perspective as well as a western perspective on natural science is always a good thing in my book. We all have pieces of the larger puzzle. Helping each other learn in a good way is a win-win situation.