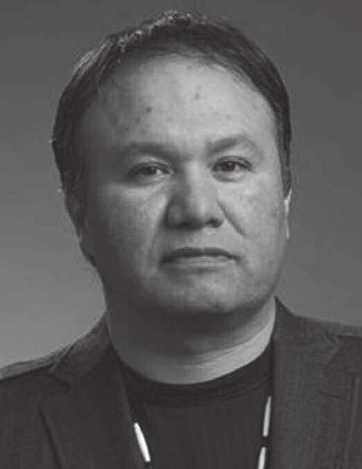 For years, the State of Minnesota has run Four Winds, an addiction treatment center with a focus on traditional Native American healing and recovery. The Brainerd-based program is the only one of its kind in the state, and one of only a handful in the nation.

In March, the Mille Lacs Band of Ojibwe will take over operation and management of Four Winds in a historic agreement negotiated between the band and the Minnesota Department of Human Services.

“I’m excited that we were able to work with the state of Minnesota to reach this agreement,” said Sam Moose, Mille Lacs Band commissioner of human services. “From a tribal standpoint, it feels like a good move. We’ve wanted to add inpatient options to our tribal treatment services for a long time. We’re excited by this opportunity and ready to put together a program that is going to meet our tribe’s needs and our clients’ needs.”

Minnesota Department of Human Services Commissioner Emily Johnson Piper said she was pleased that the band was able to assume operation of Four Winds and further sharpen the program’s focus on Native culture and healing.

“The Mille Lacs Band has given a lot of consideration to how to operate Four Winds and how to improve it,” she said. “With Commissioner Moose’s leader-ship, the band is on good footing to make this program even better.”

The state and the band began formally discussing the transfer earlier this year after legislative funding changes meant that if the program were to remain state-operated, it could only serve clients who had been civilly committed for substance abuse treatment.

Moose explained that civil commitment is a form of involuntary commitment with restrictions on patient independence during treatment. Members of the Native community traditionally seek substance use help independently, he said, and many would object to the idea of forced or restricted treatment. Such limitations would defeat the purpose of the Four Winds program, Moose added.

“When the state gave us notice that they were looking at turning Four Winds into an involuntary treatment program,” he said, “we knew that wouldn’t be successful in our community.”

“When changes at the state level eliminated the ability to serve voluntary clients, this meant that Four Winds was no longer able to serve the facility’s clients the way they needed to be served,” she said. “We knew we had a willing partner in the Mille Lacs Band, a partner that wanted to transform the program to ensure that culturally specific treatment was still being provided at the facility. They understood that American Indians are best qualified to provide that type of treatment, and they stepped forward.”

Moose said that a partnership like this one is vital, especially now, when his community is in the midst of an opioid-addiction crisis. Working together to ensure that services provided by Four Winds continue to be a good match for his community is an essential step that averted what could have become a serious problem.

“I’m excited about the state and the tribe working together as governments to solve an issue that would’ve negatively impacted American Indians,” Moose said. “Because there is such a great need for American Indian substance abuse and mental health treatments, the tribe was disappointed when we heard about the state’s inability to keep Four Winds running in a workable way. The tribe and the state working together to solve these issues is an important first step.”

The transfer is scheduled to be complete on March 1. Initially, the management shift was expected to be seamless, but as the Mille Lacs Band assumes control of Four Winds, there may be a temporary reduction in services.

“We have been seeing some issues in regards to staffing that may mean that we have to operate at a lower capacity for a time,” Moose said. As part of the Four Winds transformation plan, the Band would like to recruit and hire staff that is familiar with American Indian cultural practices. This may take time, Moose cautioned: “It will impact the number of treatment beds we’ll have available at first until we are fully staffed.”

Ultimately, Moose said, “I think we are going to maintain the same amount of beds when the facility is in our hands as the state has, somewhere around 23 or 24.” If history is any indicator, the facility will likely operate below full capacity much of the time, he added: “What we’ve seen is that census there has fluctuated, with around 18-21 beds filled in any given month.”

The Mille Lacs Band has been thinking about opening an independently run inpatient treatment program for some time, Moose said.

“About eight years ago we talked about creating an inpatient treatment program in the community other than Four Winds. We even did a feasibility study with our chemical dependency department. But it didn’t come to fruition for a number of reasons.”

When the state approached the band about taking over Four Winds, members were intrigued by the possibility. “We were more than interested in having a discussion with the state to identify what would have to take place to make that happen,” Moose said.

The two parties eventually negotiated a transfer agreement, which included a one-time grant of up to $800,000 to help offset transition costs.

While Four Winds was created to serve the needs of the Native population, Moose said that in recent years the program’s focus has weakened.

“I remember visiting relatives there when I was younger. It seemed like the American Indian cultural program was a lot stronger there years ago. But there have been state funding cuts. The thing that suffered the most because of that was the cultural programming.”

Now that the Mille Lacs Band is taking over operation of the program, Moose said he’s expecting significant change: “We’re really excited about bringing that cultural programming back.”

Piper agrees that Four Winds needs an injection of expertise and energy to better serve its clients.

“I think that the culturally specific treatment is so necessary for Native Americans in Minnesota,” she said. “They have experienced such extreme historical trauma in our state. Our approach needs to be fundamentally different.”

Not that long ago, Piper went to Four Winds for a visit. “I knew that this was our culturally specific chemical dependency treatment program for American Indians,” she said, “but when I was there, there was no American Indian person on staff. There were non-Native people running the culturally specific chemical dependency treatment program. There were real concerns about this coming from the Native American community, and I can understand why.”

Richard Wright, a chemical health specialist at the Indian Health Board of Minneapolis and a member of Leech Lake Nation, said that he’s confident in Mille Lacs’ ability to turn Four Winds into a center of health and healing specific to the needs of native people.

“I have faith in Mille Lacs,” Wright said. “They are highly significant in their spiritualism. American Indian people are very spiritual. They look to traditional aspects of care when they want to be healed. Mille Lacs would use spiritual people in addition to licensed people in their work. They’d use the traditional medicines, the purification ceremonies. This will be a great service to the community.”

When the Mille Lacs Band takes over Four Winds on March 1, the facility will likely look and feel the same as it has for years. But Moose said that significant changes are on the horizon.

Some changes will be physical: “We’re going to try to soften the setting so it’s a place where people really feel like they can heal,” Moose said. “With our long-range vision, [the facility] may look a lot different than it does now.”

Some of the ways Four Winds operates will be left largely untouched.

“We are planning on putting more into the cultural aspects of treatment. That’s what we’re excited about from the tribal standpoint. We’ll do a lot more integration in regards to culture and traditional practices of the Mille Lacs Band and other modalities in regards to the Lakota perspective.”

Moose said changes in the treatment modalities at Four Winds will include, “having access to a traditional healer and having greater cultural understandings of, say, a person’s name or a per-son’s clan.” Staff may try to, Moose said, “link individuals with one another to make sure that they have their cultural identity intact. And we may be introducing them into a cultural ceremony like a naming ceremony or an induction into the ceremonial drum circle or another type of traditional ceremony.”

The need is there, Moose said: He sees Four Winds physically expanding under Mill Lacs Band management. “Our long-range vision is going to outgrow Four Winds in its current setting.”

Wright thinks that growing the program is a good idea. The region’s American Indian community needs all the help it can get to cope with addiction, and a Native-run recovery center could be a big draw.

“I could see people coming to Four Winds from a tri- or five-state area,” Wright said. “Four Winds will be central to treating all tribal members. This move is important to the Mille Lacs nation, and it’s important to us all.”